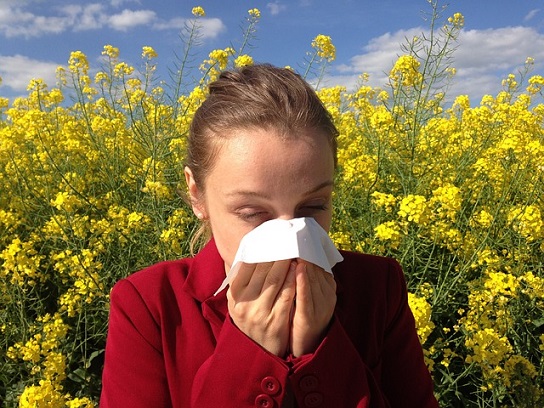 Rhinocort is a popular allergy medication, and it’s gone through several changes recently, which may leave you with some questions.

Do you need a prescription to get Rhinocort, or is Rhinocort over the counter? Are there differences between prescription Rhinocort and Rhinocort OTC? How do you use Rhinocort? What should you know before taking it? Read on to get answers to all your Rhinocort questions.

Rhinocort (also known as Rhinocort Aqua) is a nasal spray for people who suffer from allergies. The active ingredient in Rhinocort nasal spray is budesonide, which is a corticosteroid that helps prevent the release of chemicals that cause inflammation in the body.

Rhinocort can help with both seasonal and year-round allergy symptoms such as a runny/stuffy nose, itchy eyes, sneezing, and a scratchy throat. There are versions of Rhinocort for both adults and children, and they should both provide about 24 hours of relief from allergy symptoms each time they are used.

Can You Get Rhinocort Nasal Spray Over the Counter?

Since Rhinocort is now available over-the-counter, it’s also much easier to get it since you can just stop by a nearby store without needing to see a doctor to get a prescription first. However, OTC Rhinocort may now be more expensive now than it was when you needed a prescription, especially if you have good health insurance with low prescription deductibles. A bottle of Rhinocort OTC (with 120 sprays) will usually cost between $15 and $25. So, if your deductible for prescriptions was, say $10, you'll actually be paying more for Rhinocort now that it's over the counter

Rhinocort Allergy is the third steroid nasal spray to go from being prescription-only to being available over-the-counter. The other two are Nasacort Allergy and Flonase Allergy Relief.

Rhinocort OTC is generally safe to take, but there are some important side effects and drug interactions you should be aware of. Talk to your doctor if you experience any serious side effects or if you’re taking a drug Rhinocort has a history of interacting with.

In rare cases, Rhinocort can cause a serious allergic reaction. Contact your doctor or 911 immediately if your face/tongue/lips begin to swell or you have trouble breathing or swallowing.

Below are three of the most common interactions Rhinocort OTC can have with other medications. If you’re taking any of these, talk to your doctor before taking Rhinocort.

You should also talk to your doctor before using Rhinocort if you’re pregnant, nursing, have eye problems such as glaucoma or cataracts, have a weakened immune system, and/or have recently had nose surgery or a nose infection. 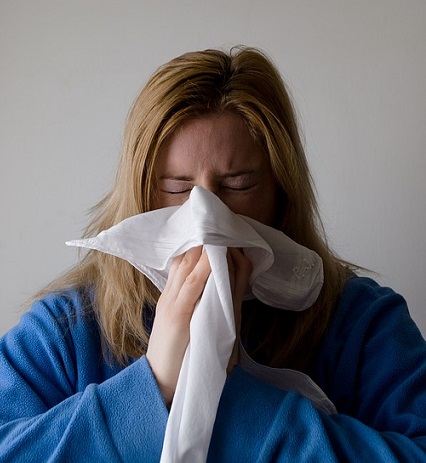 How Should You Take Rhinocort?

Below are all the steps you need to take to use Rhinocort nasal spray properly. You can also find most of this information on the side of each Rhinocort OTC bottle.

Before using Rhinocort, blow your nose and gently shake the bottle. Then, remove the plastic cap on the bottle, and close one nostril by pressing it with your finger. Tilt your head forward slightly, and insert the tip of the Rhinocort OTC bottle into your open nostril (keep the bottle upright).

Push down on the pump once or twice depending on how many sprays of Rhinocort you want. Most people begin with one spray per nostril and increase it to two if they need a higher dose. After spraying, remove the applicator tip from your nostril and tilt your head back for several seconds for the spray to reach the back of your nose. Repeat with your other nostril. After you’re finished using Rhinocort nasal spray, wipe the applicator and replace the cap. Don’t blow your nose for at least 15 minutes after using Rhinocort.

Rhinocort is a nasal spray used by people who suffer from seasonal and year-round allergies. It helps reduce inflammation in the body which can prevent symptoms like a runny nose, itchy eyes, and congestion. Is Rhinocort over the counter? You used to only be able to get Rhinocort with a prescription, but in 2015, the FDA changed its regulations so that Rhinocort is now available over the counter. Rhinocort OTC has the same ingredients and effectiveness as the prescription version of Rhinocort.

Rhinocort is generally safe to use, but it can have side effects such as a bloody nose, sore throat, and fever. To take Rhinocort, insert the applicator into one nostril, spray it one to two times, and repeat with the other nostril. Don’t blow your nose for at least 15 minutes after using Rhinocort.