Whether you've already taken the ACT or are busy preparing for it now, you've likely wondered at some point: is the ACT curved? Does a 32 on one ACT equal a 32 on another?

In this article, we’ll investigate the rumor of the ACT curve and explain what it really means. Then we'll examine the function of this curve as well as how it's changed over time, before finally explaining what the ACT curve means for test takers and how you can use it to your advantage.

Is the ACT Curved?

Contrary to popular belief, there is no ACT curve. This means that how well other test takers do on the ACT will not affect your ACT score. Even if everyone who took the ACT on a particular test date were to receive low scores, none of these scores would be raised or redistributed to establish a more balanced ACT bell curve.

In short, your ACT score will always be the exact score you earn on the test — it will never increase nor decrease as a result of other test takers' performances.

So how does ACT scoring actually work, then? The test's creators, ACT, Inc., account for variations in difficulty across test dates through a special process called equating. This process ensures that scale ACT scores from different administrations of the test always indicate the same level of ability, regardless of when or with whom you take the ACT.

“Statistical processes, referred to as ‘equating,’ are used to ensure that scores from the same test (e.g., ACT math, ACT English) are comparable across administrations and students, so there is no advantage in taking a test in one administration (e.g., October 2015) over another administration* (e.g., May 2013).”

Basically, there's no such thing as an easier or harder ACT test date. ACTs are equated so that your chance of getting a certain scale score is the same for all administrations. This means that a Math score of 28 on one ACT will always equal a Math score of 28 on another ACT, even if one test contains harder math questions.

So despite what the rumors may claim, there is no "best" time to take the ACT because when and with whom you take the ACT is ultimately irrelevant. In truth, neither factor affects your chance of hitting your ACT goal score on test day! 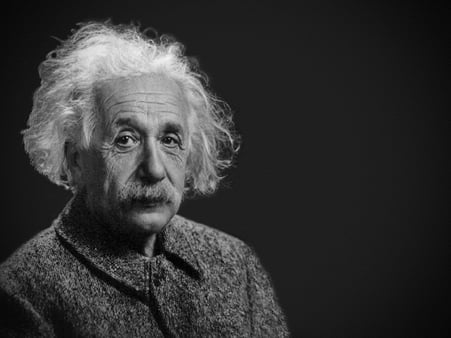 Even if you were surrounded by Albert Einsteins, their ACT scores still wouldn't affect yours!

How Does the ACT “Curve” Work?

Before we delve into the ACT curve, let's take a moment to review the ACT scoring system. The ACT comprises four subject areas: English, Math, Reading, and Science. (There is also a fifth optional Writing section.) Each of the four major sections is assigned a scale score on a scale of 1-36. These four scale scores are then averaged together to give you a composite ACT score out of 36. (This composite score does not include the ACT Writing score.)

So how does ACT, Inc., calculate these scale scores? For each section, you’ll begin with a raw score, which is equivalent to the number of questions you answered correctly. (Note that there are no penalties for incorrect or blank answers.) So if you answered 60 out of 75 questions correctly on the English section, your raw English score would be 60. Afterward, each raw score is then converted into a scale score out of 36.

But here’s the kicker: how a raw score converts into a scale score varies with each administration of the ACT. This is because each ACT differs slightly in content and difficulty; thus, each test must use a unique equating formula to determine how its raw scores will translate into scale scores. Unfortunately, this means there's no way for us to know for sure how a raw score will convert into a scale score on an upcoming ACT.

That being said, we can estimate how raw scores may convert into scale scores using score conversion charts from official ACT practice tests. All of these practice tests are based on former ACTs that were actually administered, so the equating processes they employ are guaranteed to be most similar to those used for upcoming administrations.

Below are the scoring tables for the 2014-15 and 2016-17 ACT practice tests. These tables will show us how raw scores vary in the scale scores into which they convert. 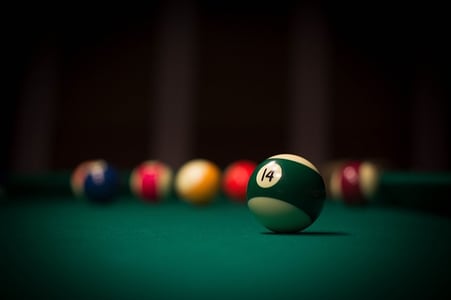 Now how did THIS table get in here?

So what do these findings ultimately mean for us? First off, score conversions for the ACT don't seem to vary significantly. On these two tests, most differences are fairly nominal — around two or three points at most — indicating that there likely won't be any giant discrepancies in raw score conversions for upcoming ACTs.

Perhaps more importantly, though, we see that you can never know exactly how many questions you'll need to answer correctly to get a certain scale score on the ACT. All you can do is estimate the number of correct answers you'll need using patterns in conversions for previous tests. 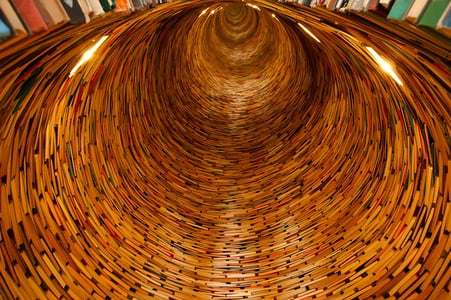 Now, try estimating the number of books in this insanely cool book spiral.

Has the ACT Curve Changed Over Time?

We know that each ACT uses a different equating formula to convert raw scores into scale scores. But has this pattern in conversions changed over time?

To answer this question, we’re going to look at two tests with roughly a decade gap between them: the 2005-06 test and the 2016-17 test. (Remember, these practice tests are based on real ACTs, so their score conversion tables should give us a general sense of how the ACT curve has changed, if at all, over the years.)

Even with the presence of these patterns, however, most differences in score conversions for the two tests are minimal. In fact, the vast majority of raw scores convert into scale scores only one to two points lower or higher.

So despite the fact there are clearly differences in the equating formulas for the two tests, we can conclude that the number of questions you must answer correctly to get certain scale scores on the ACT has remained relatively consistent throughout the years. Additionally, by taking into account the consistency of ACT percentiles, we see that the overall difficulty of the ACT hasn’t experienced any drastic shifts, either, further supporting our conclusion.

The number of sprinkles on these cookies is definitely NOT consistent.

What Does the ACT Curve Mean for YOU?

As I've mentioned before, the ACT curve is extraordinarily useful for estimating the number of correct answers you'll need to get the scale score you want on test day.

Before you start prepping for the ACT, find your target score. Then, use official ACT score conversion charts from practice tests to estimate the number of questions you'll need to get right in order to reach your target scores for the English, Math, Reading, and Science sections.

Just remember the caveat: no score conversion chart will apply exactly to your upcoming ACT administration, as each of these charts showcases the equating process for one specific test. But by using several charts together, you can give yourself a fairly accurate range of raw-score-to-scale-score conversions.

Additionally, it's important you understand the following key points about the ACT curve:

Unfortunately, you can't Houdini your way to a high ACT score.

Recap: Is the ACT Curved?

Despite what's often rumored, there is no ACT curve — at least not a traditional one. The ACT accounts for differences in difficulty among various administrations of the exam through a complex equating process. But because we don't know what the exact equating formula is for each test, we'll never be able to predict with certainty how raw scores on an upcoming ACT will convert into scale scores.

Nevertheless, you can use score conversion tables from official ACT practice tests to estimate the number of correct answers you’ll need to reach your goal scores on test day. All official practice tests are based on past ACTs and thus offer a realistic glimpse into how raw scores typically convert into scale scores.

Overall, the essential facts to remember about the ACT curve are the following:

Want to learn more about ACT scoring? Get the rundown on how the ACT is scored and check out our guide for detailed tips on what the ACT score range means for you.

Need ACT tips and resources? We've got a huge selection here at PrepScholar, whether you're looking for the best ACT prep books or our expert strategies for getting a perfect 36.

What about the SAT? Does it have a curve, too? Hop on over to my in-depth analysis of the SAT curve to learn more about the SAT equating process and how raw SAT scores convert into scaled scores.