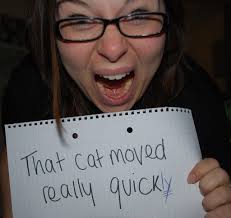 You may recall the good ol’ days of elementary school when you learned about adjectives and adverbs. If you had realized that you would have to know about these parts of speech for the SAT, perhaps you would have paid better attention instead of daydreaming about Nickelodeon and The Disney Channel.
Don’t worry. If you’ve forgotten or never learned about these parts of speech, I’ll teach you everything you need to know about them for the SAT Writing section.

In this grammar guide, I'll do the following:

What is an Adjective?

Adjectives modify nouns or pronouns. Here are some example sentences with adjectives:

The adjective is "disgusting" because it modifies "he".

I turned in my horrendous report.

The adjective is "horrendous" because it modifies the report.

My cat is docile.

The adjective is "docile" because it modifies the cat.  You can think of adjectives as words that describe nouns.

What is an Adverb?

The adverb is "slowly" because it modifies the verb "writes". The adverb is used to describe how he writes. Check out this example of an adverb modifying an adjective:

Her muscles are extremely large. 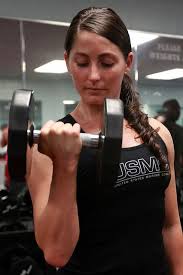 From looking at the example sentences, you may have noticed that adjectives and adverbs tend to have different constructions.

Adverbs are usually formed by adding "ly" to the adjective. For adjectives that end in "y", the adverb is formed by adding "ily". So, for example, "slow" becomes "slowly", "quiet" becomes "quietly", "careful" becomes "carefully", and "noisy" becomes "noisily". There are irregularly formed adverbs, such as "good" that becomes "well" in the adverb form. However, the SAT will not specifically test you on irregular adverbs.

So, how will adjectives and adverbs be tested on the SAT Writing section?

Adjectives Vs. Adverbs on the SAT

When I saw my doctor, he examined me careful.

If you aren't reading closely, the example sentence might seem perfectly fine to you. However, the word "careful" is functioning as an adverb in the sentence. Why? The word "careful" modifies the verb "examined". Therefore, "careful" should be in the adverb form. This is the corrected version of the sentence:

When I saw my doctor, he examined me carefully. 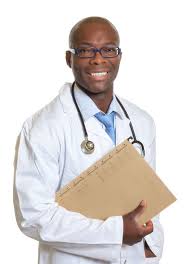 This is an example of an adjective being incorrectly used as an adverb:

Because her workout was excruciatingly, she could barely lift her fork to eat her dinner.

Because her workout was excruciating, she could barely lift her fork to eat her dinner.

Here are some simple strategies to help you determine whether a word should be in the adjective or adverb form.

Let's use what we've learned to tackle some real SAT questions.

Try to determine if there is an adjective/adverb error in the following sentence. 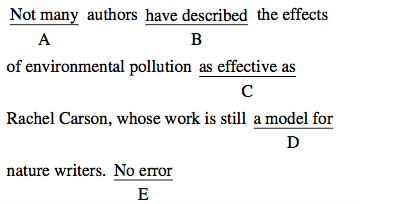 Here's one more example from a real SAT. 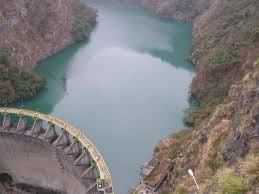 The good news is that you won't see a harder adverb question than that one an your SAT. Now, let's take a look at another rule involving adjectives.

Comparatives Vs. Superlatives (aka -er vs -est)

Between Britney Spears and Christina Aguilera, Christina is the more better singer.

Between Britney Spears and Christina Aguilera, Christina is the better singer.

When comparing three or more things, use the superlative form. A superlative is formed by adding "est" to the adjective or by putting "most" in front of the adjective. Examples of superlatives include "fastest", "strongest", and "most exhilarating". You cannot use "most" and the "est" form of a word together. You cannot write "most fastest" or "most strongest". Here is an example of an error with a superlative:

Of all the breakfast cereals, Apple Jacks is the most tastiest. 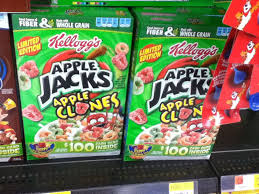 Apple Jacks are tastier than Cheerios.

Comparatives and Superlatives on SAT Writing

This is an example of the hardest type of comparative/superlative sentence I've seen on an SAT:

Between Joe and his brother, Joe is the stronger and more intelligent.

Often, students will be tempted to use the superlatives "strongest" or "most intelligent" in this sentence. However, because we are only comparing two things, we have to use the comparative form. The example sentence is correct.

Now, let's check out an example from a real SAT.

Determine whether there is an error in this sentence taken from an actual SAT.

Explanation: Do you see the error? Hopefully. Find the incorrectly formed comparative. You cannot write "more stronger". The word "more" does not belong with the comparative "er" form of the adjective "strong". The answer is B.

At this point, we've covered all the specific types of questions involving adjectives and adverbs on the SAT Writing section. Here are some tips to help you identify and correctly answer all adjective and adverb questions on the SAT.

General Strategies for Adjectives and Adverbs on the SAT

#1: If an Adjective or Adverb is Underlined, Make Sure the Word is Being Used Correctly

#2: Determine the Part of Speech of the Word that the Adjective/Adverb is Modifying

#3: If a Comparative or Superlative is Underlined, Make Sure the Word is Being Used Correctly

I assume we feel comfortable with adjectives and adverbs now. Let's do some realistic SAT practice questions that I created for you. 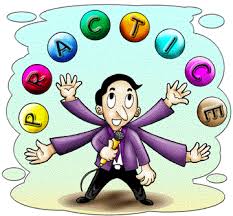 Use the general strategies I provided and your knowledge of adjectives and adverbs to answer these practice questions.

1. For (A) most of my life, I have resided in the incredibly (B) diverse city of Los Angeles, a dense (C) populated urban (D) area in California. No Error (E)

4. When I visited (A) Marc in New York, I entered his filthy (B) room for the first time and was shocked by (C) how overwhelmingly disgusting (D) it appeared. No Error (E)

5. Even though she (A) struggles with grammar, Jamie was able to correctly (B) identify the error in the sentence by looking (C) at the sentence close. (D) No Error (E)

Continue your journey to total SAT Writing mastery. Make sure you know what's actually tested on SAT Writing. For detailed strategies on how to get that awe-inspiring perfect SAT Writing score, read about how to achieve perfection on SAT Writing from a perfect scorer.

Are you hoping to get a perfect combined SAT score? Learn how to do that from somebody who got a perfect SAT score.