What's the Best Foreign Language to Learn in High School?

Most students are faced at some point with deciding which foreign language to pursue. Some high schools offer many options while some offer only a few. Whatever the situation at your particular high school, the decision can feel very weighty: you're going to commit years of your life to learning a new form of communication, after all.

In this article, we'll explain how to determine the best foreign language to learn for you, such as your motivation and goals, along with some basic information on a few of the more common languages to learn.

3 Factors to Determine the Best Foreign Language for You

There are certain factors that you'll want to take into account, no matter which language you're considering. These elements of the decision-making process can help you determine the very best foreign language to learn in high school.

Good news! You don't need to bear the possible effects on college admittance in mind. Yes, many colleges require, or at least recommend, taking a foreign language for multiple years—the exact suggestions change from school to school. Colleges do not, however, specify which language to take; Spanish, French, Hebrew, etc. would all work equally well, as long as you excelled in the class.

There are far more important criteria to base your decision on than trying to impress an impartial institution. You'll be best off if you take several years of the same language, so your likelihood of sticking with a course through high school is much more crucial to consider. 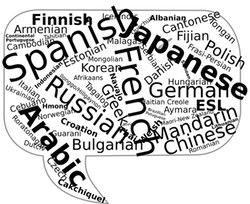 Taking a different language every semester is a really bad idea.

Certain careers require, or at least encourage, proficiency in another language. There are obvious jobs (linguistics and translation) and less obvious jobs (music and health care).

If you work directly with a language, as interpreters do, of course you need to know it inside and out.

In fields like the arts, it may be helpful to know a certain language so that you more fully comprehend the terms used in your discipline; from the French used in dance to the Italian used in music, non-English vernacular appears in many forms of art.

In a career such as medicine, where you're going to be working with a wide variety of diverse clients, it's helpful if you can communicate directly with the people you serve.

Bear in mind, studying a certain language does not commit you to pursuing any particular career for the rest of your life; this is not an all-or-nothing decision.

On the other hand, if you do know what field you want to enter, you might get a leg up by starting to learn the appropriate language early on.

An important question at this point is how committed you are to pursuing the language to fluency. Many people graduate high school with a passing grade in a foreign language, only to lose all that proficiency within the next few years.

Are you willing and able to work hard at the language in high school and continue with it in college? If yes, it may well serve you in your career. If no, this is probably not the criterion to base your decision on; you may want to trust that you'll learn what you need in later years of schooling and training. It's still a good idea to take some language in high school, but you don't need to put the pressure of succeeding in your future career on a few years of secondary school education.

Personal Interest and Motivation Are Key

The language you work on in high school may be a language you use for decades to come, or it may be just another hoop to jump through. One of the primary questions to ask, then, is what you're trying to get out of learning the language.

What it all comes down to, then, is what language you're inspired to learn. Learn a language that interests you and that has some meaning for you, whether that's because it's a career tool or because it will connect you better to your own heritage. 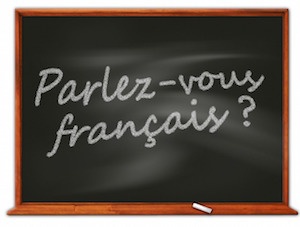 As a French citizen who didn't speak French until high school, I had a lot of motivation to learn.

Your school may not offer all of these languages (in fact, it probably doesn't). Also, take the considerations above into account before you commit to anything; the verdicts on each language given below are not the final word in your particular situation.

The United States has one of the largest populations of Spanish-speakers out there, and this number continues to grow. It's also a hugely prevalent language worldwide.

As a bonus, most English-speakers find Spanish relatively easy to learn. Bits of the language have worked their way into American culture, and there are a number of cognates (similar-sounding words) that the languages share.

Verdict: If you want a language of great practical use in everyday America, Spanish is probably the best foreign language to learn.

French, according to Forbes, is growing in its global popularity. It's extremely dominant in Africa, and it also persists as one of the major languages for international diplomacy (the UN, NATO, and the Olympics use French to some degree, for instance). Furthermore, it's widely used in art forms such as ballet, high fashion, and haute cuisine.

Verdict: If you want a language of great practical use in the world at large and Africa in particular, or if you're keenly interested in the fine arts or diplomacy, French is a great option.

Germany is an economic giant, and German is the most widely spoken mother tongue in Europe. In addition, it's an important language in the history of religion and philosophy as well as science and technology. The downside is that many English-speakers find German a little harder to learn than French or Spanish, due in part to its more complex grammar.

Verdict: If you're interested in international business dealings, or the history of religion, philosophy, or psychology, German is hard to beat. 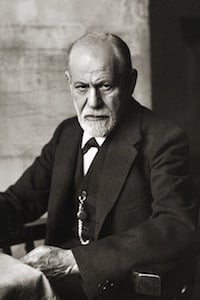 Learning German brings you that much closer to Freud—isn't that fun?

Learning Italian, itself a Romance Language, paves the way to easily picking up the other Romance Languages should the need or desire arise. Italian is also a crucial language to the development of music. As a bonus, most English-speakers find it quite easy to learn.

Verdict: If classical music or Italian culture is your passion, or if you're devoted to acquiring multiple Romance Languages, Italian is an excellent choice.

Latin is a dead language; no one speaks it as a native tongue. That being said, it's extremely useful in terms of understanding the basis of the five Romance Languages it engendered. More than half of English vocabulary is also descended from Latin, and Latin is the language of science, medicine, and law. As a bonus, learning Latin can boost your overall vocabulary, which may show up as a positive trend on that SAT or ACT score.

Verdict: If you're interested in linguistics, ancient texts, or scientific or legal pursuits, Latin is probably the best foreign language to learn.

Arabic is a widely spoken language, both in and out of the United States. Demand for Arabic-speakers is quite high in industries such as hospitality and government, and the supply is insufficient.

Verdict: If you're interested in a practical language for international travel as well as making yourself a desirable employee in certain sectors, Arabic may be the best language for you.

There are many speakers of Mandarin in the world today—approaching 15% of the world population. In fact, China is the leading nation in the global marketplace. 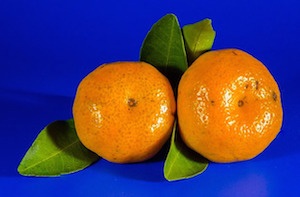 No, no—Mandarin Chinese: the language, not the fruit.

The culture of Japan holds a great fascination for many high school students who admire aspects of the culture, including, but not limited to, art forms such as anime and manga. Also, Japanese is not a very widely spoken second language within the United States which could lead to job opportunities later on if you stick with the language to the point of mastery.

Verdict: If you love the traditional and contemporary culture of Japan or if you're interested in bringing a relatively rare skill to the table at a future job, Japanese is a great choice.

Learning American Sign Language (ASL) provides a unique window into a culture that's largely hidden within the broader culture of the United States (and around the world). The Deaf community is often overlooked, and it's deeply rewarding to become more aware of what this particular community's struggles and triumphs are on a daily basis. ASL is also fascinating, with the true intricacies of fluency sparking much interest in the linguistic community. Plus, ASL interpretation is also a great job opportunity.

Verdict: If you're interested in advocacy for the Deaf community, linguistic research, or interpreting as a career, ASL will help you achieve your goals.

Conclusion: Which Is the Best Foreign Language to Learn?

There are many, many languages out there to learn. It's hard to say which one is the "best" to study in high school, especially since colleges don't have a preference.

That being said, there are several things to consider before you commit to a course of language study. There's your overall motivation and desire to learn any particular language, there's the personal connection you feel to the language and corresponding culture, and there's the practical consideration of what might serve you best in your career.

Each language has its benefits and drawbacks, and any one might be the best foreign language to learn depending on what you're hoping to get out of studying it.

Now that you've got a foreign language all sorted out, you may want to think about the other classes you've got to select.

In addition to that general swath, you might be curious about choosing electives.

Are you thinking about taking AP classes? That's a whole other question to mull over—but we're here to help.

One of the single most important parts of your college application is what classes you choose to take in high school (in conjunction with how well you do in those classes). Our team of PrepScholar admissions experts have compiled their knowledge into this single guide to planning out your high school course schedule. We'll advise you on how to balance your schedule between regular and honors/AP/IB courses, how to choose your extracurriculars, and what classes you can't afford not to take. 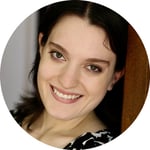