Everything You Need to Know About Princeton University

In this guide, we'll introduce to you all the essential facts to know about Princeton, including where it’s based, what the Princeton acceptance rate is, what the student outlook and life are like, and what kind of financial aid you can expect to get.

Princeton University is not only one of the oldest institutions of higher learning in the US, but also one of the best in terms of its academics, faculty, and research. A private liberal arts university and one of eight members of the Ivy League, Princeton is committed to academic excellence, research, and community service.

The school is known for many things, including its top-quality teaching and highly accomplished faculty, tight-knit student community, varsity sports, and groundbreaking research. It’s also one of the few elite institutions that requires all seniors to produce a senior thesis or independent project in order to graduate.

So where is Princeton exactly? Like all Ivy League schools, Princeton can be found in the Northeast: it’s located in the quiet suburb of Princeton, New Jersey, about an hour from Philadelphia and two hours from New York City.

The campus covers approximately 500 acres and is within walking distance of many historical sites, parks, restaurants, and art exhibitions. 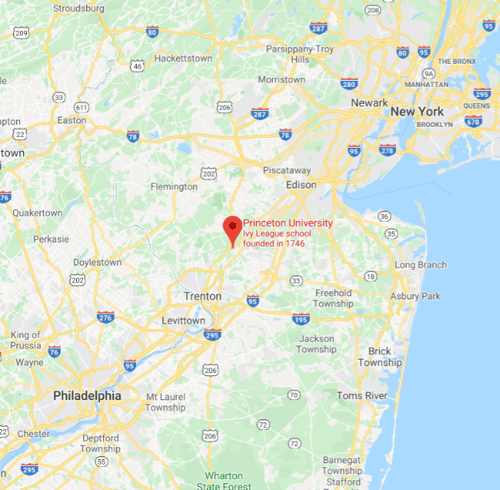 
Note that the university has no medical school, business school, or law school.

Princeton is a medium-sized institution that's home to about 8,000 students, including more than 5,000 undergraduates; it also has 1,289 faculty members.

As a highly prestigious institution, Princeton is extremely tough to get into: the present Princeton acceptance rate is just 5%, making it one of the most selective schools in the country. This means that only five out of every 100 applicants get admitted.

It’s easy to see, then, why Princeton is ranked so highly. Usually, the Princeton University ranking is within the top five, or even top three, spots on most college ranking lists.

Here’s an overview of what we’ve covered so far about Princeton:

As a Princeton student, you can expect to graduate within six years and make a great salary upon graduation.

The six-year graduation rate at Princeton is 96%, which indicates that the majority of students finish their bachelor’s degree programs within six years. It also means that 4% of undergraduates will take longer than six years or not finish their degrees at all.

As for how Princeton alumni fare after graduation, the answer is, pretty darn good! According to data on PayScale, Princeton graduates make a median early career salary of $76,800 and a mid-career salary of $154,300. This puts the school within the top 10 universities for best income for grads. 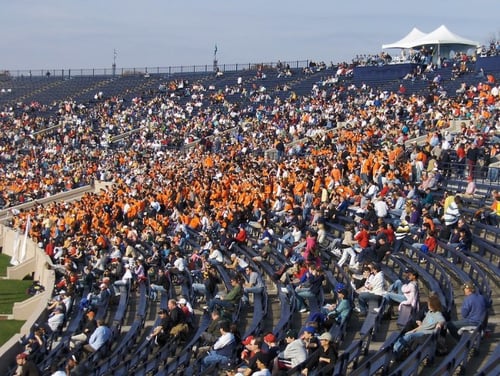 While Princeton might be on the smaller side, that doesn’t mean there’s not a lot to do at this elite Ivy.

Most students thoroughly enjoy their time at Princeton, with 98% of freshmen returning for their second year. This high percentage shows that the overwhelming majority of undergrads are very satisfied with their experiences, both academically and socially.

Part of this is likely due to the tight-knit residential atmosphere. At Princeton, all freshmen and sophomores are required to live on campus, and because housing is guaranteed for four years, a whopping 94% of undergraduates live on campus.

Academically, Princeton University has a lot to offer. There are 36 Princeton University majors (with computer science available as both a Bachelor of Arts and a Bachelor of Science in Engineering). These majors span a variety of fields, from anthropology and literature to science and engineering. Some of the most popular majors include social sciences, engineering, computer science, and biology.

Princeton also has 55 interdisciplinary undergraduate certificate programs, which are similar to minors in that they supplement your major and allow you to gain proficiency in another field.

Another notable quality of Princeton is its small class sizes: the student-faculty ratio is just 5:1, meaning that there are only five students per professor. Such a ratio ensures you’ll get plenty of individual attention from your teachers.

Beyond academics, students can participate in more than 300 student-run groups, which cover an eclectic assortment of interests, from art and languages to anime and improv.

Additionally, sports are big at Princeton, which is home to 37 varsity intercollegiate sports teams. The Princeton Tigers compete at the NCAA Division I football level as part of the Ivy League.

Like most elite private universities, Princeton University can get very expensive. The current rate for Princeton tuition and fees is $51,870 per year.

According to the College Board, the average tuition and fees for private four-year universities is $32,410 per year, which is about $20,000 less than what Princeton costs.

Nevertheless, Princeton surprisingly has one of the best financial aid policies in the country.

As a need-blind school, Princeton doesn't take into account applicants’ ability to pay before making an admissions decision. It also vows to meet 100% of students’ financial need, so whatever amount you need for college, Princeton will pay in grants—never loans. Note that Princeton doesn't give out any merit or athletic scholarships.

Here’s an overview of what students can expect to get covered at each family income level:

As you can see, Princeton has one amazing financial aid policy for students; they really do care that you can afford to attend! In fact, 82% of recent Princeton graduates completed their degrees debt-free.

So if you’re concerned about money, Princeton is definitely a great college to apply to! 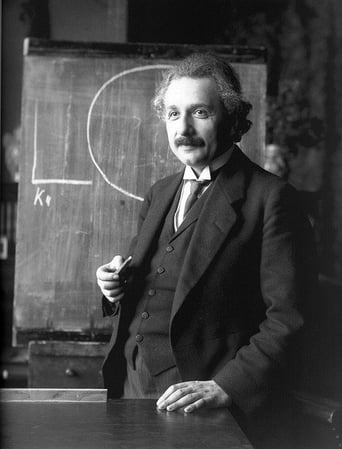 Did you know that Albert Einstein had his own office at Princeton?

The 20th century witnessed many changes to Princeton, including the formation of a graduate school (1900), School of Architecture (1919), School of Engineering (1921), and School of Public and International Affairs (1930).

Later, Princeton voted to go coeducational, admitting women undergraduates for the first time in 1969. Over the years, the university has established several institutes to support people of all types of backgrounds, including the Center for Jewish Life (1994) and the LGBT Center (2005).

Many famous figures have interacted with Princeton since its founding. For example, George Washington received a formal thank you at the university's Nassau Hall for his contributions to the American Revolution. Nassau Hall also served as the US Capitol for six months in 1783.

In the 20th century, world-renowned physicist Albert Einstein became a life member of Princeton’s Institute for Advanced Study and even had his own office on campus.

Numerous people have graduated from Princeton and gone on to have impressive careers. Some Princeton University notable alumni include the following:

Princeton is one of the most challenging universities to get into, which is why we're here to help. If you're applying to Princeton, you should first check out our Princeton admission requirements page. This will give you the rundown of what test scores and GPA you’ll need to have in order to be on par with admitted applicants to Princeton.

Next, get the tips you’ll need on applying to Princeton by reading our in-depth guides to getting into the Ivy League (written by an actual Ivy alum) and getting into Princeton.

Finally, as you work on your Princeton application, refer to our Princeton essay-writing tips to help you produce a memorable statement and raise your chances of getting accepted.

Want to get into Princeton? We can help.

Learn more about PrepScholar Admissions to maximize your chance of getting into Princeton.