Who Is Bastet? Complete Guide to the Egyptian Cat Goddess 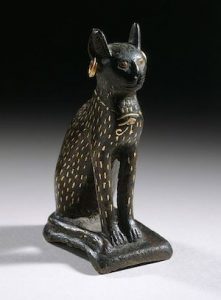 Lion and cat and woman, goddess of war and fertility—the Egyptian goddess Bast (also known as Bastet) contains multitudes. While she's not the only cat goddess from ancient history, Bastet is probably the most famous cat goddess today. She has a strong presence in pop culture and a select few even still worship her!

In this complete guide to Bastet, we'll go over exactly what makes this Egyptian cat goddess so compelling. We'll describe her attributes, how she was depicted in ancient Egypt, her major relationships, how she was worshipped, her major myths, and the history of her worship. We'll close out with where you might encounter Bast, goddess of cats, today.

Who Is Bastet? What Are Her Attributes?

The goddess we most frequently call "Bastet" today was known as both "Bast" and "Bastet" in ancient Egypt.

"Bast" was her earlier name. It possibly meant either "Soul of Auset" (Auset being an alternative name for "Isis," who is sometimes considered her mother), or "devouring lady."

Later, priests called her "Bastet" to indicate that the "t" in her name should be pronounced. "Bastet" shares one of the same hieroglyphs for the bas jar, which held perfumes and ointments. So "Bastet" also meant "she of the ointment jar."

Bast was originally a lioness goddess, but as time went on, she was more closely associated with the housecat. The cat was her totem animal.

As one of the main goddesses of the Egyptian pantheon, Bastet had a huge number of attributes and aspects: 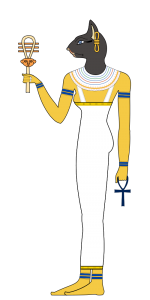 Image of Bastet by Gunkarta.

Depictions of Bastet: Her Symbols and Totems

Images of Bastet were often carved of alabaster. Alabaster was a common material both for sacred items and for perfume bottles, making it particularly appropriate for Bastet.

She was also associated with the Persea tree, which symbolized protection and afterlife. This is because Bast lived in the Persea tree during the time when she slew Apep (see below for her major myths). 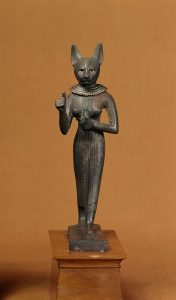 Bastet as a cat-headed woman. From the Walters Art Museum.

Bast had several major relationships in the Egyptian pantheon. We enumerate the main ones here. However, it's important to emphasize that because Bast was worshipped over a period of thousands of years, many of her relationships with other gods shifted dramatically over time, and were even contradictory!

Combination With Wadjet and Mut

As the mother of the pharaoh and the protector of Lower Egypt, Bast became closely associated with Wadjet, the patron goddess of Lower Egypt. Bast protected Lower Egypt; Wadjet embodied it. As they were both symbolic of the nation and both embodied the "eye of Ra," combining the two goddesses into one figure, Wadjet-Bast, likely seemed natural.

How Bastet Was Worshipped

Bast/Bastet was worshipped and honored in a variety of ways throughout the history of Egypt.

In their personal worship, Egyptians also prayed to Bastet to remove disease and guard the household. Egyptian homes displayed statues of Bastet to shield against thieves. Cat amulets worn on the body invoked the protection of Bastet. There were also special Bast amulets with kittens on them that women wore for fertility purposes; the number of kittens on the amulet corresponded with the number of children desired.

Cats were sacred to Bast and were treasured pets in many Egyptian households. (In addition to their religious association, they were highly valued for their vermin-killing abilities!) In the homes of the wealthy, cats wore gold jewelry and were fed lavishly from their owner's table. People deeply mourned their departed cats and dedicated their mummies to Bastet. At the height of Bastet's popularity, the penalty for killing a cat—even by accident—was death!

In the first millennium, Egyptian religion changed drastically, with an increased emphasis on local gods. Local cult centers like Bubastis would then treat the animal associated with their god or goddess as a living aspect of that god as opposed to a mere symbol. Thus, during this the temple at Bubastis became somewhat of a sanctuary for cats. Cats were mummified after death or ceremonial sacrifice. Archeologists uncovered an enormous sacred animal cat cemetery in Bast's temple. 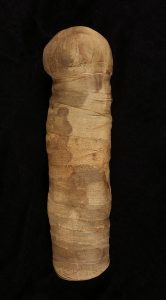 An ancient Egyptian cat mummy. From the Walters Art Museum.

The 3 Most Famous Bastet Myths

There are several famous myths about the Egyptian cat god Bastet.

Apep (sometimes called Apophis) was an underworld serpent god associated with darkness and chaos. He was the greatest enemy of Ra, Bast's father, and wished to consume everything with darkness and destroy Ra. The priests of Ra tried to hex Apep but none of their spells worked. So Bast, in her cat form (with excellent night vision!), went to Apep's dark lair and slew him.

When Ra was still a mortal pharaoh, he once felt angry with the people of Egypt. So he released Sekhmet, his daughter, on the people to exact vengeance. She slaughtered huge numbers of people and drank their blood.

Ra felt remorseful and wanted to stop Sekhmet. So he had the people pour red-tinged beer over the land. Then when Sekhmet came across it, she thought it was blood and drank it. Drunken, she fell asleep. And when she awoke, she had transformed into either Hathor or Bast, depending on who is telling the story.

The Origin of Turquoise

A myth from Bubastis posits that turquoise is actually the fallen menstrual blood of the goddess Bastet, which transformed into turqoise as soon as it touched the ground. 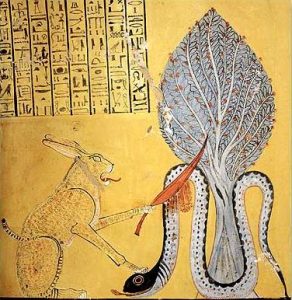 The slaying of Apep. From the tomb of Inher-Ka at Thebes.

Bastet Over Time: From Lioness to House Cat

Unsurprisingly given the sheer length of time that Bast has been worshipped, she changed and morphed dramatically throughout Egyptian history.

She seems to have been worshipped as early as 3200 BC in her cult center, Per-Bast/Bubastis. Originally, her primary aspect was as a lioness goddess. It was only later (around 900 BC) that she became associated more closely with the cat. Her cult center, Bubastis, was briefly the capital of Egypt, starting around 950 BC.

Bastet's link with Sekhmet came about primarily because they were counterpart protector goddesses of Lower and Upper Egypt, respectively. Bastet became more closely associated with the housecat partially as a result of the syncretization (combination) of the Upper and Lower Egyptian divine pantheons.

As the divine mother of the Pharaoh and protector of lower Egypt, Bastet eventually became linked with Wadjet, Lower Egypt's patron goddess. Wadjet-Bast was her name in this aspect. Later this figure was absorbed into the figure of Mut, becoming Wadjet-Bast-Mut. Mut herself sometimes took the form of a lion.

In the Greek period, Bast was likened to Artemis and became a goddess of the moon, in spite of her original association with the sun. 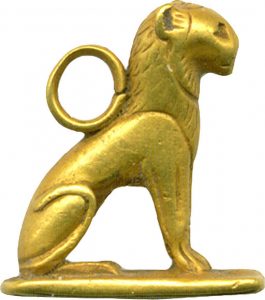 An amulet of Bastet as a lion. From the Walters Art Musem.

You can still find this Egyptian cat goddess in the world today! Here are a couple of places to look:

Bast/Bastet has made several appearances in pop-culture works.

Additionally, there are still some people who worship Bastet! There are still several "Bast cults" active—just a quick Google search away! Most of these attempt to recreate Khemetic religion (i.e. worship Bast the same way the Egyptians worshipped her), but not all.

Now, as in ancient times, Bastet is worshipped as a fertility goddess. This ancient Bast fertility amulet comes from the Walters Art Museum.

Review: What to Know About Bast

Bastet, goddess of cats, is one of the most well-known figures of the Egyptian pantheon. She's been known as both Bast and Bastet. Her main attributes include being the Protector of lower Egypt, the patron goddess of cats and firefighters, and being a goddess of the sun, war, fertility, music, and celebration!

She is usually depicted as a cat or cat-headed woman. Unsurprisingly, the cat was her totem animal.

Bast has a complex relationship with the other Egyptian gods, simply because the pantheon shifted so much over time! But she's almost always the daughter of Ra. She shares a close association with the other female goddesses who have been called the "eye of Ra": Sekhmet, Hathor, Wadjet, and Mut.

The most famous myth about the goddess Bast is when she slays Apep, the chaos serpent.

Worship of Bast started out as early as 3200 BC, and continues to this day in Bast cults. While she was originally more closely associated with the lion, over time, she came to be more connected to the house cat.

If you're looking for an Egyptian cat god, Bastet's your lady! 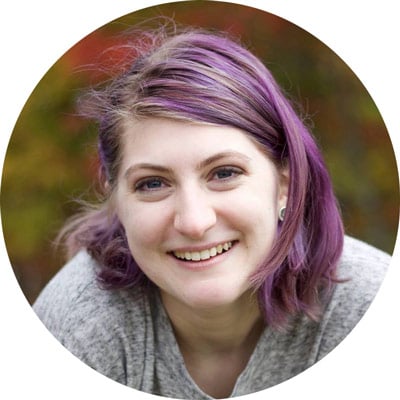 Ellen McCammon
About the Author

Ellen has extensive education mentorship experience and is deeply committed to helping students succeed in all areas of life. She received a BA from Harvard in Folklore and Mythology and is currently pursuing graduate studies at Columbia University.