What Is Subrogation? Should You Waive It? 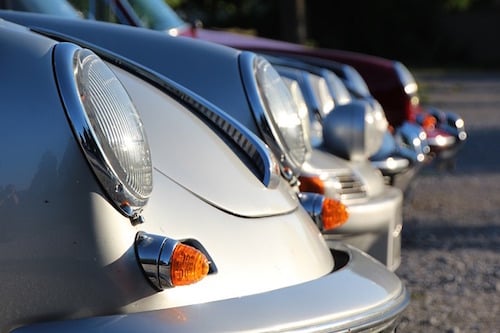 Signing up for car insurance and not sure if it's worth it to pay a premium to waive subrogation? Or maybe you've been in an accident and the other person has offered to settle with you if you sign a waiver of subrogation—should you do it? What is subrogation, really?

Before you decide, you'll need to understand what subrogation is and why you would (or wouldn't) want to waive it. In this guide, we define subrogation and explain when and why it occurs to help you make an informed decision.

In layman’s terms, subrogation occurs when Person A owes something (usually money) to Person B, and Person C steps in and legally takes Person B’s place (including the rights to what Person A owed to Person B).

An example would be if you owed money to a loan company and someone else bought your debt. The person who bought your debt could then use subrogation to have you pay them back the debt (even though you didn’t borrow any money from this person originally). Here’s the more technical subrogation definition:

“The substitution of one person in the place of another with reference to a lawful claim, demand or right so that he who is substituted succeeds to the rights of the other in relationship to the debt or claim, and its rights, remedies, or securities.” (source: Black's Law Dictionary)

You’re most likely to encounter subrogation when dealing with insurance claims, but it can also crop up in situations with guarantors (like co-signers of a lease or a loan).

How Does Subrogation Work?

Because the most common place people encounter subrogation is in dealing with car insurance, I’ll explain it through an example of a car insurance claim.

Let’s say you're driving along the highway one day and you get into an accident with another driver. One of your brake lights is cracked, your rear bumper is hanging off one side, and you need a new paint job.

For the most part, the only involvement you'll have in this whole process is if your insurance company chooses to pursue subrogation. If they do, they’re legally obligated to inform you and attempt to recover the cost of your deductible as part of the money they're seeking from the at-fault party.

If your insurance company does pursue subrogation, they'll require you to cooperate with their subrogation attempt. Among other things, this means that you likely won’t be permitted to sign a waiver of subrogation after an accident or claim.

What Is a Waiver of Subrogation?

A waiver of subrogation means that you give up your right to have another party (usually your insurance company) attempt to recover what a third party owes you.

Let's return to the example of car insurance for a moment. Most insurance contracts forbid you from signing a waiver of subrogation after you’ve already filed a claim.

You may be able to sign one in advance of any accident if your insurance allows for adding waiver of subrogation endorsements to existing policies. If you do this, however, your insurance company might charge you an extra premium to try and minimize their losses that way.

By signing a waiver of subrogation, you waive your car insurer’s right to try to recover their costs (including the cost of your deductible).

While signing a waiver of subrogation can save you the hassle of lawsuits and dealing with insurance claims, it also means you’re far less likely to be able to recover any non-out-of-pocket costs (like all or part of your deductible).

If you let your insurance company pursue subrogation, they become responsible for all the legal fees and paperwork and hassle—all you have to do is wait and see if they’re successful in recovering any of your deductible.

The only reasons to consider signing a waiver of subrogation are if:

Even in these cases, however, be aware that if you sign a waiver of subrogation after the accident, your insurance might refuse to pay all or some of your claim (making it imperative that you win your suit against the at-fault party or their insurance).

Other Kinds of Subrogation

In the next couple of sections, we'll discuss the other two most common ways you'll come across subrogation in your day-to-day life: health insurance and student loan repayment.

For health insurance, subrogation most often comes up in the context of personal injury lawsuits.

If you successfully sue another party for medical damages, your health insurance will often make a claim for part of your settlement through their right of subrogation. This might seem strange at first, but it turns out there’s a good (and in most cases, fair) reason for this.

So while it might seem unfair that your health insurance company gets part of the settlement, it makes sense.

The good news is that you won’t have to pay more than the insurer would pay for the same services. For instance, if a hospital charges $2,000 for a lab test connected to your treatment but your insurance company only has to pay $400, you would only owe the insurance company $400 out of your settlement.

Currently, the federal government offers direct student loans, which means the loans are offered directly through and guaranteed against default by the Department of Education. If you took out a federal student loan before 2010, however, your loan would have been guaranteed by a separate student loan guarantor agency.

If your loan involves a guarantor of any kind, it could be subrogated if the agency that originally guaranteed your loan you sells off your loans to a third party.

The most common case where this occurs is when the Department of Education buys back a loan from one of these agencies. Unless it is otherwise prohibited by law or the loan contract you originally signed, the Department of Education can then step into the shoes of the original student loan guarantor agency to collect the loan back from you, even if you had defaulted on the loan.

Carrying a lot of student loan debt and not sure what the best way to pay it off is? Learn when and how to consolidate your student loans.

If you have a bad credit score, what are your credit card options? Read our comprehensive list of the best unsecured credit cards for people with bad credit here.