Does It Matter Where You Go to College? 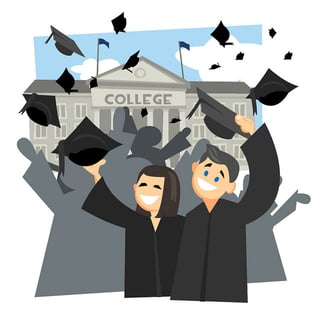 Getting into an elite college is becoming increasingly harder, and many students (and their parents) place tremendous stress on themselves to try to do all they can to get into one of the most prestigious colleges. They believe that graduating from a top college will allow them to have a more prosperous future.

While it's undeniable that elite colleges attract the highest caliber of student, there's still debate about whether these colleges directly impact professional outcomes. So really, does it matter where you go to college? In this article, I'll explore the impact of attending an elite institution. While it's extremely difficult to compare the educational and social impact of one college versus another, we can try to determine the influence a specific college has on one's professional future.

What Is an Elite College?

For the purposes of this article, elite colleges are the most selective, prestigious colleges in the country. These colleges are seen as the gold standard, and that's why so many students spend years of hard work and worry to try to get into these schools. Some examples of elite colleges are the Ivy League schools, MIT, Stanford, and the University of Chicago. If you're looking for a complete list, I'd include the top 15 National Universities and the top 5 National Liberal Arts schools in US News on this list of revered super schools.

Why It Does Matter Where You Go to College

There are a number of reasons why going to a more prestigious school can benefit your future. Below, I'll detail some of the most important benefits of attending an elite college.

Keep in mind that I'm focusing on the potential financial and professional benefits of going to a top college. Additionally, elite colleges may challenge you more academically, and you may enjoy surrounding yourself with other incredibly motivated and successful students. On the other hand, some of the classes at top schools may make you feel overwhelmed. You may feel compelled to select a less rigorous major, or you may not have time to do as many extracurricular activities or have an enjoyable social life. 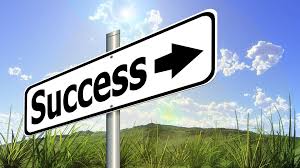 Probably, the main reason students and their parents care about gaining admission to top colleges is because they believe that attending one of these schools is a ticket to future success. While it's difficult to prove that going to an elite college makes you successful, there's a strong relationship between attending an elite school and being successful.

On average, graduates from elite schools make more money, and degrees from many elite schools provide the best return on your college investment. Also, while only 2%-5% of all US undergraduates graduate from top schools, 38% of Fortune 500 company CEOs and 44.8% of billionaires graduated from elite institutions. Similarly, of Forbes's most powerful people, 55.9% of powerful women and 85.2% of powerful men attended elite schools.

Graduates of Top Schools Are More Likely to Graduate

Even if you believe that all college degrees are equal, the top schools tend to have the highest graduation rates. Those who attend the most prestigious schools are much more likely to get degrees.

Finally, some of the larger, less selective state schools have a higher percentage of low-income and nontraditional students. These students face additional obstacles that can prevent them from graduating. 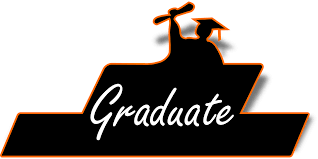 A widely read study determined that, for students admitted to elite schools, choosing to attend a somewhat selective school like Penn State over the most selective schools like Harvard didn't impact future earnings for the majority. However, the payoff of attending elite colleges was greater for economically disadvantaged students.

Why It Doesn't Matter Which College You Attend

As previously mentioned, a study concluded that students who were admitted to top schools and opted to go to less selective schools ended up earning as much as their peers who graduated from the top schools. Therefore, you can conclude that what really matters isn't where you go to school but possessing the attributes that make you competitive for admission to the top schools.

Additionally, even though graduates from the top schools are more likely to become CEOs or ridiculously wealthy, the majority of people who do aren't graduates of elite institutions.

Even if going to a top college leads to somewhat higher earnings, those higher earnings may be more than offset by the substantially higher price of elite private colleges.

Even if, hypothetically, the Stanford degree led to an annual salary that was $2,000 more than the UCLA degree, it would take more than 60 years of that extra salary just to cover the added cost of attending Stanford. However, keep in mind that elite private colleges typically offer the most generous financial aid. The listed cost of attendance may not be what you end up having to pay. 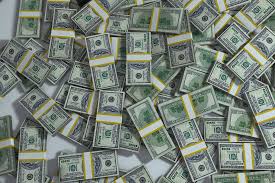 Conclusion: Does It Matter Where You Go to College?

The short answer is that it depends. Primarily, it depends on your goals and background. If you want to become president or a CEO, you may be more likely to do so if you attend one of the most elite colleges. Similarly, some of the top Wall Street and consulting firms are known to almost exclusively hire employees who graduated from the most prestigious schools. Also, graduates of elite colleges have an advantage in the business world from strong, powerful alumni networks.

However, If you want to be a scientist or teacher, there may not be much of an advantage, at least monetarily, from attending a top school.

On the other hand, the data does suggest that students from low-income backgrounds may benefit the most from attending elite schools and choosing to attend the most selective school that accepts them.

Again, you can still achieve any professional goal if you attend from Cal State Los Angeles, but the graduation rate of Stanford is significantly higher, and the average salaries of Stanford grads are substantially higher.

It's important to remember that you can graduate from any college, and if you fully apply yourself, you can be a successful CEO, doctor, engineer, or whatever else you aspire to be. Similarly, if you go to an Ivy League college and try to coast through life without showing the dedication that got you into an elite college, you're likely to experience limited success.

What Should You Do?

Regardless of the school you attend, your work ethic, character, and aptitude will influence your future more than the college you graduated from. Maintain focus and keep working hard, and you'll give yourself the best opportunity to reach your goals.

Because getting a college degree is undoubtedly linked to future success, you want to attend a college that's a good fit for you and your needs so that you'll be more likely to graduate (and likely happier!). Find out how to go about researching and choosing a college.

Also, research the professional outcomes for students who share your background and graduated with a degree in your intended major. You can use sites like payscale.com and College Scorecard to help you with your research.

If you're the first one in your family to go to college, or you have a disability, investigate how well students in your situation fare at a particular school. Each student has specific needs and goals, and you should try to determine how well a college will cater to your needs, and if it's well-equipped to help you fulfill your dreams. 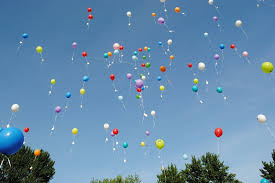 If you've decided that you want to go to an elite college, find out how to get accepted. Also, you should know how many colleges to apply to and the complete college application timeline.

Finally, if you think you can't go to an elite college because you have sub-par grades, but you want to go to a good school, learn about the best schools with low GPA requirements.