What's a Bad ACT Score? Nationally and By College 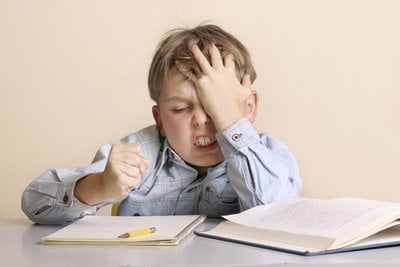 Have you taken the ACT recently? Do you think you did badly? Or maybe you’re just wondering what the minimum score you need to get into college is.

We will explain what a bad ACT score is, both in terms of the national averages and colleges you want to go to.

If you look at the ACT percentiles, any composite score below 20 (the 50th percentile) is below average. (For more on how the ACT is scored and how the composite is calculated, see our guide.)

In other words, to be above average nationally, you need at least a 21 ACT composite score.

Any composite 16 or lower is in the bottom 25%. If you score below 16 or lower on the ACT, your score is definitely in the very low range nationwide.

What Do Colleges Think Is a Bad Score?

Your percentile rank is important, since it compares you to every other high school student who has taken the ACT. But it’s actually more important to think about what your score means in terms of the colleges you want to attend. After all, you take the ACT to get into college!

If you’re above a college’s average ACT score range, even if your score seems low nationally, then your admissions chances aren’t compromised.

On the flip side, you could have an ACT score that looks great nationally – say the 90th percentile, a 28 composite – but is far below the ranges of selective colleges like the Ivy Leagues, Stanford, and MIT.

So it’s much more important to consider scores in context of your target colleges, rather than just the national percentiles. Let’s explore what a bad ACT score might look like at highly selective, selective, and less selective colleges.

What’s a Bad ACT Score for the Most Selective Schools?

If you’re aiming for the most selective schools – like Harvard, Stanford, Princeton, Yale, MIT – most scores that aren't considered amazing at the national level will be seen as low. 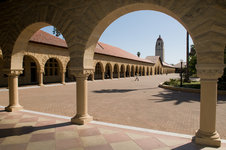 For example, at Stanford, the middle 50% range for the ACT Composite is 31-34, which is between the 97th and 99th percentile nationally.

Additionally, since these top tier schools often turn away applicants with scores in range, it’s best to aim for the top 50% of admitted student scores, not just to be within the middle 50% range.

So you shouldn’t just aim to break a 31 composite if you're set on a top school. Your ACT composite should be 33 or higher – in the 99th percentile nationally – to be very competitive at Stanford or other top colleges. And the closer you can get to 36, the more you will stand out. (Read more about how many students get a 36 ACT every year and how their admissions chances are improved.)

So to recap, any ACT score below 33 will lower your chances at the most selective schools. And any score below a 30 is decidedly low for top colleges.

Once you’re out of the top 15, a “bad” ACT score for a school is anything below their middle 50% ACT range. We say “bad” not because the score is necessarily bad on a national scale, but because it could lower your chances of admission at certain schools.

Let’s look at NYU as an example. It’s a top 50 school, with an ACT middle 50% range between 28 and 32. That means a bad ACT score for NYU would be anything below 28. It’s still possible you would get in, but much less likely.

Even though 28 is very strong nationally – it’s in the 90th percentile! – you need to get to that score or higher to be competitive at NYU.

But the threshold for “bad” will vary by school, so definitely look up the ranges of schools you are interested in using our guide below.

What’s a Bad ACT Score for My Local State School?

When you are applying to large local universities or less-selective colleges (colleges that admit more than half of applicants), the ACT score ranges are often much more forgiving.

As an example, let’s take a look at California State Long Beach. Their ACT middle 50% range is between 20 and 25. 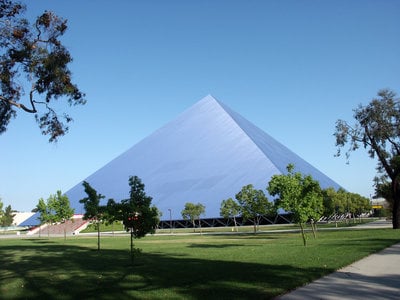 Fun fact: that giant pyramid is called the Walter Pyramid and is used for athletic events at CSU Long Beach.

This score range is between the 50th and 80th percentile nationally. So you could get an average ACT score but still be competitive for admission at CSU Long Beach.

In other words, many schools are more forgiving of an average ACT score. If you’re mainly applying to schools in this range, you won’t have to stress quite as much about studying!

How To Find a College’s Score Ranges

To see what any college’s ACT score ranges are, you just have to do a quick search online. Here at PrepScholar, we’ve compiled the ACT score ranges – as well as GPA averages and overall admissions rate – for colleges and universities nationwide.

To find our data page for any school, search “[Name of College/University] ACT Scores site:prepscholar.com” in any search engine. We should be the first or second result.

As an example, this is what a search for Harvard's ACT score ranges would look like.

Click on the first link to see Harvard's ACT score ranges, as well as a tool that predicts your admission chances based on your GPA and ACT score.

Look up the middle 50% ACT ranges of all colleges you are interested in. This will help you get a better understanding of the ACT score you should aim for – and which scores to avoid.

If you want, you can fill out the table below as you look up colleges’ ACT middle 50% score ranges.

If you make that score, you’ll be competitive wherever you apply! But if you miss it by a bit and get a 30, you’ll likely be well within range for most colleges on your list, and still be competitive at NYU.

So you know what a bad ACT score looks like. What's a good score? An amazing one? See our guide here to find out.

Read our guide on getting a perfect ACT score by our 36 full scorer. Even if you’re not going for a perfect score, following these principles will help you reach your score goal.

Not sure you can study alone? Consider using our online ACT prep program. We take the hard part out of studying by analyzing your weak spots and giving you targetted practice questions.