When should you rush your ACT / SAT score reports? 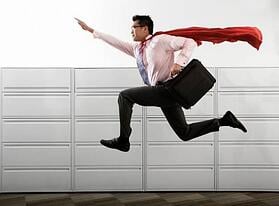 Both the ACT and the SAT let you rush your score for an extra fee.  When is it worth it and when is it a waste of money?

Both the ACT and SAT offer rushing score reports.  This means that if your test is scored already, when you request a rush score, they're sent out within 2 days.  Note that rushed reports don't get your tests scored earlier, but the schools do get them faster than all non-rushed reports in every case.  The only downside: the cost: which is now about $30 for SATs and $15 for ACTs.

Rushing becomes beneficial if speed is ever a question.  Suppose just for example's sake that UC Berkeley says the last ACT they'll take is December.  If you are taking the December ACT, then rushing may give you an advantage in case there are unforeseen delays.  Sometimes even the schools themselves misestimate the arrival time.

Likewise, if a school says the last ACT score they'll take is December, but you happen to know you've improved a lot and take the January test (in addition, and not instead!), it's definitely to your advantage to be aggressive and send these reports in anyway rushed.  If they won't accept it, they'll just drop the scores -- big deal.  If you rush the reports and they get it in time and consider it, it may be a big plus.

And folks, the advantage of rushing time-sensitive scores is real.  Here is UVA speaking about this. It is known certain schools, Yale in the past in certain situations, explicitly ask for rushing.  Rushing has a real effect for sure!

When Not To Rush

If timing is not a question at all, then by all means don't rush.  For example, the College Board says their regular scores can be received up to 6 weeks late.  If you have absolutely no deadlines 6 weeks after your score request, then it seems safe to pay for normal reports.  Likewise, if a college explicitly tells you not to rush then you should avoid it on the principle of not going against a college request.

Don't get me wrong: I have nothing against normal speed.  I've always taken my SATs / ACTs months ahead of time and I never rushed my own scores.

Some people seem to be against rushing because they don't like the concept of the ACT / SAT making money.  Parents and students should definitely be aware of the extra costs of rushing.  If $30 is a huge deal in your test budget, and you're 90%+ sure normal speed is okay, then by all means don't rush.

But if you're reading this article, you might be worried about timing.  In this case, the question to ask yourself is this: how much time and energy have you spent on testing?  How much time and money will you spend in college?  Is the goal here to completely avoid paying for something that might seem overpriced, or is the goal instead to optimize your application paying attention to money?

Once you think through the above factors, I think you'll be in a great position to decide whether rushing is for you.

The college admissions process has become so competitive that it's helpful to plan well in advance for SAT/ACT prep during high school. Here are a few guides to help your thinking:

Want to improve your SAT score by 160 points, or your ACT score by 4 points? We've written a guide about the top 5 strategies you must be using to have a shot at improving your score. Download it for free now: