Whose or Who's? 3 Tips for Remembering the Difference

Who’s and whose both come from the pronoun who. While both words sound the same, they have very different meanings. These homophones can be tricky for even the most seasoned writers.

In this article, we’ll discuss whose vs who’s, explain when to use whose or who’s, and give you tricks for remembering proper usage.

Whose vs Who’s: What’s the Difference?

To start, let’s define whose and who’s.

Whose is a possessive pronoun that you should use when you’re asking or telling whom something belongs to.

The Roots of Whose vs Who’s: Who and Whom

The key to using “whose” vs “who’s” correctly is to understand the word at the root of each. When you learn the pronoun that forms the basis for “whose” and “who’s,” you’ll also develop a better understanding of how each word functions in a sentence.

“Who” is one pronoun at the root of the difference between “whose” and “who’s.” “Who” is used as the subject of a sentence or clause.

You’ll use “who” when asking a question about which person did something or when you’re describing a person.

“Whom” is the other word at the center of the “whose or who’s” conundrum. "Whom" is an object pronoun.

In these examples, “whom” is the object, not the subject.

Now we know that whose and who’s come from whom and who. But when do you use each version?

The apostrophe in “who’s” stands in for the missing letters of “who+is” or “who+has.” You use “who’s” when you would otherwise be saying “who is” or “who has”.

Here are other examples of when you’d use “who’s”:

Whose is a possessive pronoun that you used in questions where you’re asking about who owns something. For instance, “Whose puppy is this?” is another way of saying, “To whom does this puppy belong?”

Here are some examples of when you’d use “whose”: 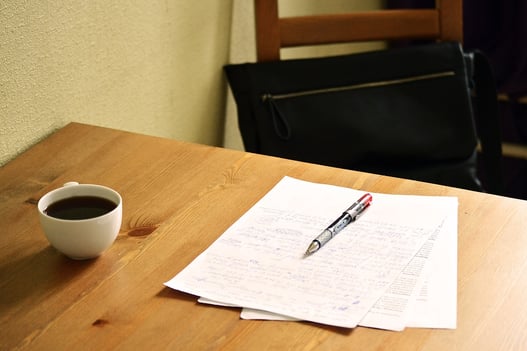 Tricks For Remembering Whose vs Who’s

It might seem simple to remember the difference between whose or who’s when reading this article, but how will you remember when you’re off on your own? These tricks can help.

#2: Look at What Follows

Remember, whose is possessive. That means that whose is normally followed by a noun. If the sentence has a noun immediately after the whose or who’s, you should use whose. If there’s no noun or an article, use who’s.

Whose or Who’s Examples

Let’s take a look at some examples of when to use whose or who’s.

Correct Usage of “Whose” in a Sentence

Correct Usage of “Who’s” in a Sentence

Key Takeaways: Whose vs. Who's

Whose is another way of saying “belonging to whom”.

Reading The Great Gatsby for class or even just for fun? Then you'll definitely want to check out our expert guides on the biggest themes in this classic book, from love and relationships to money and materialism.

Got questions about Arthur Miller's The Crucible? Read our in-depth articles to learn about the most important themes in this play and get a complete rundown of all the characters.

For more information on your favorite works of literature, take a look at our collection of high-quality book guides!