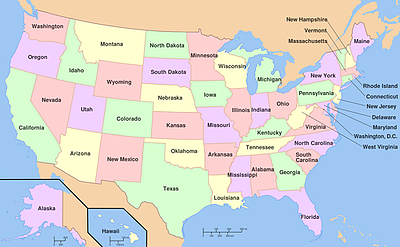 Did you recently get your ACT scores back and are now wondering how your score compares with those of other test takers in your state? Or perhaps you're curious as to how your state's average ACT score stacks up against other state averages.

For this article, we compiled the average ACT scores by state, as well as the average in each subject area, using the latest data from ACT, Inc. Read on to learn how your state's SAT data—and your ACT score—compares with the averages in the rest of the country.

Over one million students nationwide took the ACT in 2020/2021—1.3 million, to be precise. Out of all of those tests, the national average scores came out as follows:

Remember that each ACT section, and the overall composite score, are scored between 1 and 36.

But what about the ACT averages in your state specifically? Read on to learn how well you have to do on the exam to be considered above average in your home state. 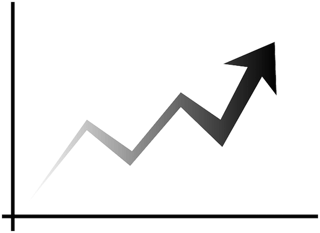 The following table contains all ACT state averages for the class of 2021 (the most recent data available). We've also included state participation rates to give you an idea of the reach of the ACT in each state and the size of the population being tested.

Now that you've had a chance to skim the list of state ACT averages, we thought it would be fun to highlight the highs and lows of the United States' ACT performance. See if your state made the cut below!

Massachusetts has the highest ACT score in the country, with an average composite of 27.6, just above Connecticut (27.2) and New Hampshire (26.6).

… and your high ACT score!

However, it should be noted that these three states have relatively low ACT participation: 4% for New Hampshire, 7% for Massachusetts, and 9% for Connecticut. This is because the SAT is more popular in these states.

So what does this data mean? Ultimately, it suggests that those taking the ACT in these states are ambitious, college-bound students looking to improve their applications, which would make for a higher average ACT score.

There are six states with 100% ACT participation. These states have made the ACT a mandatory part of their statewide testing regimens, helping high school students be better prepared for their college applications.

As you know, six states currently have 100% ACT participation. The state with the highest average score out of this group has a lot to be proud of because that average represents the entire high school population of that state.

Maine wins this one by a landslide, with just 5% of its students taking the ACT. This is likely because the SAT is still the test of choice in that northeastern state. However, the SAT, which was once required in Maine, is now optional as well.

Nevada earns the dubious honor of getting the lowest average ACT score, with an average composite of 17.8.

This low average is likely due to the fact that Nevada mandated statewide ACT testing starting in 2016. In general, big jumps in test takers often result in lower averages. As such, this new average is noticeably lower than Nevada's 2015 average of 21, back when just some students took the ACT.

As the ACT becomes a staple of Nevada's state testing regimen, averages will likely increase.

As you can see, the average ACT score can change pretty dramatically depending on which state you're looking at.

In terms of notable states, here's a quick wrap-up of the ACT "awards" we gave above:

If you're ever curious what ACT score you need to aim for to be considered above average for your state, simply come back to this page, check the chart, and see whether your state made our Hall of Fame!

What ACT scores are considered good by various colleges? Check out our guide to developing a target ACT score based on the schools you want to apply to.

Wondering about what your composite ACT score represents in terms of right and wrong answers? Learn the ins and outs of ACT scoring and get tips to help you use this info to your advantage.

Trying to maximize your ACT score? Avoid this common ACT mistake to improve your composite. Also, check out our top strategies to raise your ACT essay score.