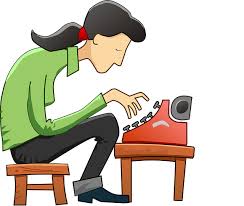 Author technique is a specific type of reading comprehension question that appears frequently on the ACT English section. Author technique questions require you to analyze a specific sentence and determine if it fulfills an author's stated purpose.

What Is Author Technique on ACT English?

Author technique questions are phrased in this way:

Which one would best fulfill (some stated purpose)?

A portion of a sentence will be underlined, and you have to determine if the given phrase or the other answer choices will best fulfill the purpose given in the question. This type of question requires you to analyze phrases and determine whether they would satisfy the stated goal.

Here are examples of author technique questions from the ACT English section.

By nightfall a controlled inferno roars in the kiln.

The writer would like to indicate that at this point the fire is extremely intense. Given that all the choices are true, which one best accomplishes the writer’s goal?

F. NO CHANGE
G. the fire is stronger than ever
H. there is more heat being produced
J. a kind of intense blaze takes place

As the potter takes bricks away to create an opening into the oven, an expanding view of gleaming shapes rewards the artist for months of hard work.

The writer would like to suggest the potter’s cautious pace and sense of anticipation in opening the kiln. Given that all the choices are true, which one best accomplishes the writer’s goal?

Dickinson stayed in contact with correspondents for many years.

Given that all of the choices are true, which one best develops the paragraph’s focus on the roles that letters played in Emily Dickinson’s life?

A. NO CHANGE
B. Her personal interests also included keen observation of the natural world around her.
C. Though she produced volumes of letters, none were shared publicly until after her death.
D. She enjoyed hearing their news and reflecting with them on political events.

Now, let's go through the process to correctly answer these questions. 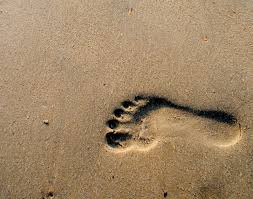 #1: Determine What the Question is Asking

By nightfall a controlled inferno roars in the kiln.

The writer would like to indicate that at this point the fire is extremely intense. Given that all the choices are true, which one best accomplishes the writer’s goal?

F. NO CHANGE
G. the fire is stronger than ever
H. there is more heat being produced
J. a kind of intense blaze takes place

#2: Check the Answer Choices to See if They Acomplish the Intended Goal

However, go through the rest of the answer choices quickly just to make sure there isn’t a better answer.

Answer choice H, “there is more heat being produced,”  does not even reference the intensity of the fire.

Usually, it’s easier to eliminate the obviously wrong answer choices first before eventually arriving at the right answer. For our example, H could be eliminated right away since there isn't even a reference to the fire. Then, after looking more closely at the other answer choices, you should be able to eliminate G and J.

#4: Consider the Tone and Conciseness of the Answer Choices

Not only should the answer choice fulfill the purpose of the author, but the resulting sentence should be grammatically correct and match the essay’s tone.

Also, the ACT stresses that sentences should be as concise as possible.

For our example, we didn’t really need to consider tone and conciseness, but if you were considering answer choice F, “a kind of intense blaze takes place”, its construction makes the phrase sound awkward and wordy. You could convey the same meaning more succinctly.

In our example, we are left with answer choice F,  NO CHANGE.

Going through all of these steps should take roughly 15-30 seconds.

We'll go through this process again with another question from a real ACT. 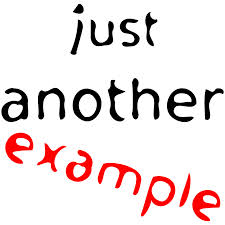 Try to figure out the answer to the following author technique question.

At one point, Emily sent a draft of her poem “Safe in Their Alabaster Chambers” to Susan, who read the poem.

Given that all the choices are true, which one would most clearly describe an interaction between Susan and Emily during Emily’s writing process?

A. NO CHANGE
B. liked the poem tremendously.
C. considered and thought about the poem.
D. praised the poem but suggested revisions.

#1: Determine What the Question Is Asking

#2: Go Through the Answer Choices to See if the Phrase Fulfills the Stated Purpose

#4: Consider the Conciseness, Tone, and Formality of Answer Choices, if Need Be.

If you haven't done so already, I strongly suggest that you check out these articles on the best way to approach ACT English passages and five critical concepts to ace ACT English. Both posts provide you with extremely helpful strategies that will allow you to maximize your ACT English score.

For those of you looking to improve your ACT English grammar skills, you may want to read up on punctuation on the ACT.