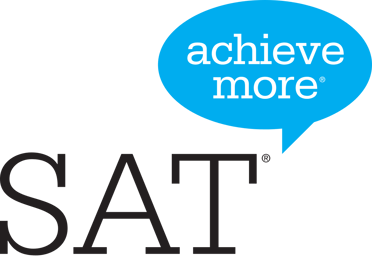 SAT scores for the past few years have shown a marked decline, particularly since 2006, which can be attributed to various causes. In this article, we provide you with some charts showing the average SAT trends from 1972 to 2021 as well as the variation in SAT scores by ethnicity.

Now, here's historical SAT test data for different ethnicities. The scores below are the combined mean scores for the Critical Reading and Math sections (for 2018-2021, scores shown are the means for the EBRW and Math sections combined).

What the SAT charts above show us is that the scores vary greatly depending on how the College Board structures the test and organizes its scoring.

The years of study that a student engages in matter. The more years of secondary education someone has completed, the better her average score on the SAT will be. Higher GPA also correlates with higher SAT scores.

Generally, Critical Reading (now just called Reading on the redesigned SAT) has taken an overall decline, whereas the Math score has risen slightly over time. There are of course small fluctuations throughout the years, but the overall trend is clear.

There are also notable gaps in the performances of students from different socioeconomic and ethnic groups that show no signs of closing. ACT scores, unlike SAT scores, have remained relatively more stable over the past several years. Though they, too, have shown similar variations in numbers, it hasn't been as bad as the SAT numbers. On the other hand, they do show differences based on the ethnic and socioeconomic backgrounds of the test takers.

Due to the nature of the test or due to different demographic profiles among test takers, from 2006 to 2016 overall average SAT scores fell a total of 34 points, down in each of the three sections tested. (You'll notice a sharp increase in section scores in 2017, but this is partly due to the SAT's massive redesign; thus, we won't be able to use these scores for our comparison until we have more years' data with the redesigned SAT format.)

According to the demographics table, from 2007 to 2015 the average scores for white students stayed about the same. Similarly, most other groups witnessed no change or decreases from 2007 to 2015. Asian Americans experienced the biggest positive change of all groups during this time frame: a staggering 31-point increase in mean Critical Reading/Math scores. (Note, though, that before 2016, Asian Americans were combined with Pacific Islanders.)

Access to quality education, not ethnicity, might explain a significant portion of the racial gap. This can include variations based on whether the student completed a core curriculum or not, and whether they had access to SAT prep.

Critics say that the SAT measures a student's background and access to resources (including test prep) more than it predicts a student's likelihood of success at the college level. Actually, those two points might correlate because the students that receive this sort of help are also more likely to receive the support they need in college from their families.

While it's true there is variation in scores with respect to race and income, it is still something that can be overcome by the student with both dedication and practice.

Struggling with a low SAT score? Check out our series of articles on the how to improve your scores on the SAT Math, Reading, and Writing sections.

Shooting high on the SAT? Check out our series on how to get perfect scores on the SAT Math, Reading, and Writing sections, written by a perfect scorer.