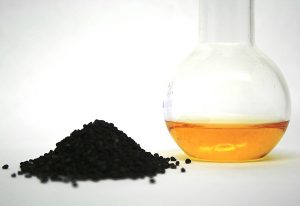 The world of natural supplements can be confusing because there are so many misleading claims about their benefits floating around the internet. Black seed oil is one of the more intriguing natural supplements on the market because of its rich history as an herbal medicine.

In this article, I'll provide all the most current information on black seed oil, including what it is, black seed oil benefits, what it can't do (according to recent scientific research), and the best places to buy black seed oil.

Unlike other guides, we don't want to dwell on hype and false promises—we only want to give you clear, scientifically-supported information.

What Is Black Seed Oil?

Black seed oil is a substance derived from the small, black crescent-shaped seeds of the Nigella sativa plant. The plant grows in southwest Asia. Black seed oil is usually taken orally, either taken straight as an oil or in a gel capsule.

Black seed oil also goes by many other names, including:

TQ has anti-oxidant and anti-inflammatory properties, and it also may help promote healthy liver functioning. Researchers are in the process of testing its viability as a cancer treatment.

Thymol has antimicrobial properties, so it accounts for black seed oil’s potential viability as a natural antibiotic. Thymol also has anti-tumor properties that are still being investigated. 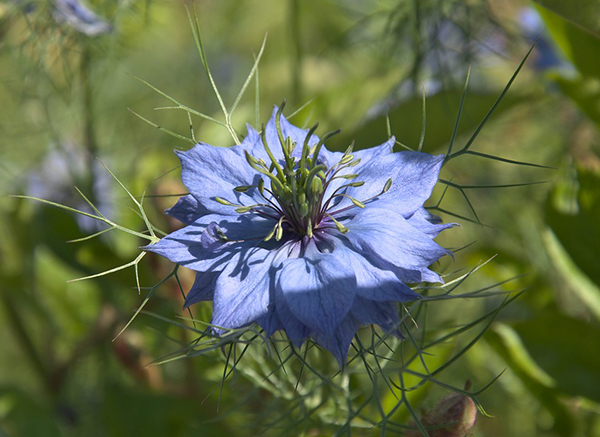 The flower of the nigella sativa plant

Though many people in the western world are less familiar with black seed oil, it has been used in the Middle East and Asia for thousands of years as an herbal remedy. It is said to treat varied ailments including asthma, hypertension, diabetes, inflammation, bronchitis, headache, eczema, and the flu.

In the face of these big claims, it's important to focus on what's been scientifically proven. You’ll see many people promoting black seed oil based on the fact that it’s been used in medicine since ancient times, but this doesn’t prove anything about its effectiveness in a modern context.

While black seed oil has shown some promise in lowering triglycerides and blood pressure, treating allergies, improving memory in older people, and treating certain infections, it will not solve serious medical problems. As far as we can tell from the research that’s been conducted, black seed oil has very mild positive effects on a variety of different human health conditions.

Are you thinking about buying black seed oil as a dietary supplement? First you should know what these types of supplements can really do for you and why it’s important to remain wary of the dramatic claims sellers make about their effects.

Why Should You Be Skeptical of Natural Supplements?

The companies and individuals that sell supplements have every incentive to exaggerate their positive effects. Doctors often get monetary incentives for pushing these types of products as well. Always, always look at the research before allowing anyone to convince you that a supplement will cure your medical problems.

Ideally, the supplement should have been tested in randomized control trials and shown to have a statistically significant impact on the ailment in question. This is the gold standard for making a strong argument that a substance has a particular effect—if it hasn't been put to this test, then all you're trusting is hearsay.

While it’s unlikely that most natural supplements will do harm to your health, in many cases they are a waste of money that could be spent on more effective treatments. 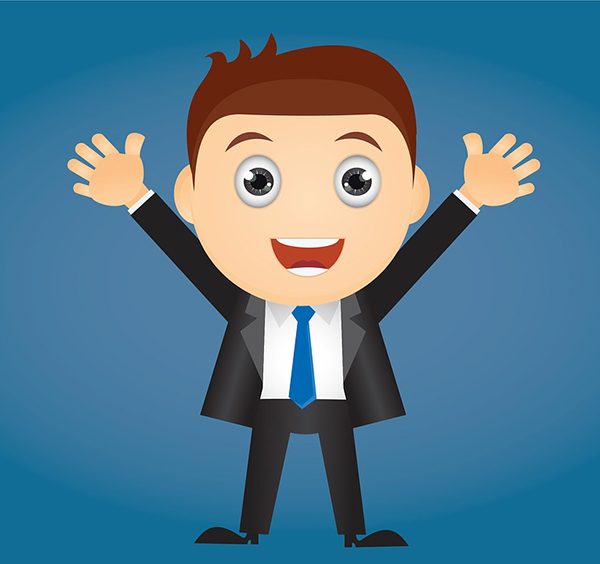 Some people make a living by preying on the public's tendency to trust their self-proclaimed "expert" opinions.

There are many who claim that black seed oil has hundreds of uses and can treat almost anything under the sun. Although it may be beneficial for some conditions, its health effects aren’t as wide ranging as some people want you to think. There are quite a few scientifically supported black seed oil benefits, but most of them have been shown to produce only minor effects.

Here’s a list of various uses in order of how viable they are according to scientific research:

Several studies have shown black seed oil to aid in the reduction of allergy symptoms like asthma, eczema, and overall congestion. These studies were conducted on people of both genders in varying age groups, so they show wide-ranging validity.

Black seed supplements have been shown to improve pulmonary function in asthmatics and people who have been exposed to agents of chemical warfare. This evidence is pretty solid because the effects of the seed were compared to a placebo and shown to be statistically significant.

Asthmatics were even able to take less anti-asthmatic medication following the treatment. However, these studies had very small sample sizes, so more research still needs to be conducted.

There is some evidence that black seed oil can mildly improve attention, memory, and cognition in older individuals. This is based on one study conducted on a small group of older male subjects, so more research still needs to be done to confirm the effects of the supplement.

Pain from arthritis has shown to be mildly reduced through the use of black seed oil supplements in a small group of test subjects. Stiffness, swelling, and joint pain all decreased modestly with a 1000 mg daily supplement of black seed oil.

Hepatitis C is an infection caused by a virus that attacks the liver. One small study showed a 38 percent reduction in the presence of viral RNA in the livers of patients treated with 1350 mg of black seed oil a day for three months. This was without the addition of any other medications. Though this is promising, more research on a higher volume of test subjects must be conducted before any major conclusions can be drawn about black seed oil's effectiveness as a treatment for Hep C.

There is some evidence that black seed oil can play a very small part in reduction of these risk factors in people who already have high blood pressure and high cholesterol. However, this is so minor that it would likely have almost no effect on overall health, so black seed oil isn’t a valid overall treatment for any of these issues. 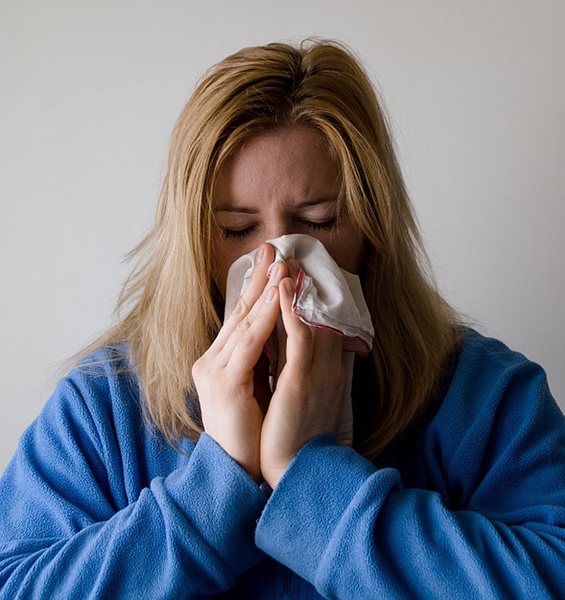 There is evidence that black seed oil can help you manage all of your most annoying allergy symptoms.

There are some commonly-advertised black seed oil benefits that are not strongly supported by scientific evidence.

As far as we know, black seed oil will NOT treat cancer in any significant way. It has shown potential for reducing tumor growth based on studies in rats, but we don’t know yet whether it can treat cancer in humans, and it may not interact favorably with other more aggressive cancer treatments. Always consult with your doctor before supplementing your treatment with herbal medicines.

Black seed oil also doesn’t help with weight loss. In general, you shouldn’t let anyone sell you a supplement that they advertise as a weight loss miracle drug. The only way to accomplish long term weight loss is to reduce your food intake gradually over time and try to exercise more frequently. 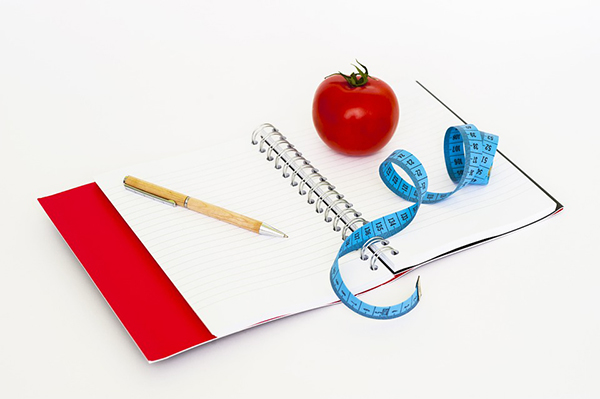 Side Effects and Interactions

While black seed oil is pretty benign in terms of its side effects and interactions with other drugs, there are a couple of potential problems that you should know about using it.

Some people get what’s called “contact dermatitis” from black seed oil, which essentially means their skin becomes mildly irritated. You may experience itching, blistering, pain, and tenderness along with a red skin rash.

As with any other herbal supplement, you may experience an allergic reaction from ingesting nigella sativa. This could cause swelling, hives, and other common allergy symptoms.

Rats given high doses of nigella sativa experienced kidney and liver damage. We don’t know yet whether these findings can also be applied to humans, but to be safe you should avoid taking more than the recommended daily amount of the supplement.

Use of black seed oil in conjunction with medication that lowers your blood pressure could potentially lead to hypotension (excessively low blood pressure). This can be dangerous because your body is unable to get enough oxygen to your vital organs. However, since studies have shown that black seed oil only has a minor effect on lowering blood pressure, this seems like it shouldn’t be a huge concern. Discuss this with your doctor before supplementing your treatment.

You should also avoid taking these supplements if you’re pregnant just because there isn’t enough information on the effects they might have on the child’s development. 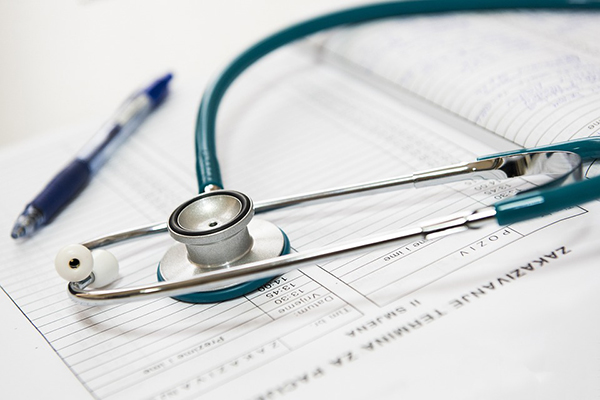 If you're worried about a natural supplement interacting with medications you're taking, talk to your doctor first to find out about the potential risks.

Here are a few of the best options for supplements in either gel or oil form. The recommended dosage for black seed oil is 250-1000 mg daily. The oils are more expensive, but they also contain a lot more doses in each bottle. An 8 oz bottle of oil will last you at least three times as long as a bottle of softgels, so you get much for your money. It’s a matter of your personal preference - many people just find it easier to take supplements like this in pill form.

How to Use Black Seed Oil (And How Not To)

Black seed oil is a substance derived from the seeds of the nigella sativa plant, and it has been used in herbal remedies since ancient times. It is also commonly known as black cumin seed oil or kalonji oil.

Medical uses for black seed oil that have shown some promise in scientific studies include:

Black seed oil will not cure cancer or diabetes or make you lose weight without other lifestyle changes, so be wary of dramatic claims about its extraordinary health benefits. If you do choose to take black seed oil supplements, remember that 250-1000 mg is the recommended daily dosage.