How Much Do Donations Help College Applications?

This is a question a lot of students think about during the college admissions process. If my parents could afford to donate $1 million, would I get in? Do donations affect your admissions chances? If so, by how much? In this article, I'll answer all of these questions.


What Do Admissions Offices Usually Look for in Applicants?

To answer the question of how much do college donations help college admissions, we must first break down the qualifications for a “normal” applicant (who does not donate). In brief, admissions officers are looking for students:

Of course, they factor in personal statements, supplements, achievements, letters of recommendation, etc., but without meeting the two qualifications listed above, a “normal” applicant would not have a great chance of getting in. However, admissions offices also look for special applicants known as “development cases” or “development admits” (although admission officers do not publicly acknowledge such).


What Is a “Development Case” in Admissions?

As defined by Daniel Golden, author of “The Price of Admission: How America’s Ruling Class Buys Its Way into Elite Colleges—and Who Gets Left Outside the Gates” who conferred with sources in the Office of Undergraduate Admission at Stanford while writing his books, “‘Development case [is] a term that refers to the children of important donors or potential donors,” who receive an even more substantial advantage than legacies (students whose parents attended the school).

Why are they called development cases? To be honest, in all of my research, I have been unable to answer this question, but I would guess it either comes from the fact that these applicants can help "develop" the university (the funds their families donate will be used for development) or these applicants themselves are in need of further "development" since they do not meet the "normal" admissions standards of the university.

How Much Money Do You Need to Donate (or Potentially Be Able to Donate) to Qualify as a “Development Case”?

An admissions officer will not publically answer this question, but in my research, I found that Stanford considers development cases to be applicants from families capable of donating $500,000 or more. 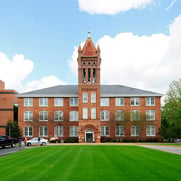 You basically need to buy a building.

I'm sure it's comparable at the other elite colleges, especially when you take into account that Stanford has the 4th largest endowment out of all US Colleges with over $18.6 billion. If Stanford gives preferential treatment to students who could donate $500,000 or more, I'm sure other schools with smaller endowments will at least do the same.

Why Do Colleges Accept “Development Cases” Over More Qualified Applicants?

From a practical standpoint, colleges want to admit students who are likely to add the most value back to the school. This can be through donations or achievements that feed the school's reputation. By accepting a development case, they're basically saying that the value of the donations from that student's family now and in the future are worth more than a student who isn't able to donate that money. In even simpler terms, they want additional donations to protect their university's endowment and make it better by building new facilities and making other improvements to the school.

Do Admissions Officers Seek Out “Development Cases” or Do They Wait to Be Contacted?

Exactly How Much of an Advantage Do “Development Cases” Receive in Admissions?

In other words, these “special” applicants do not need to meet the 25th/75th percentile score for schools. They only need to be within 400 or 500 points (for the SAT) of the 25th/75th percentile. This help means the student could go from being an average applicant to a middle-ranking public college like UC Santa Cruz or UC Riverside to a serious Ivy League contender.


How Prevalent Are “Development Cases” at Elite Colleges?

While it varies from school to school, 4%- 5% of accepted freshmen at Dartmouth were given special admissions consideration due to donations by their parents. Also, Duke admitted in the early 2000s to easing its admissions qualification to admit about 100 students each year due to their family's wealth. I would guess this number is similar across all elite colleges, and development cases taking up 4-5% of the freshman class is very significant because it means 100-125 more qualified students did not receive admission.

How Do “Development Cases” Attempt to Secure Admission (If They Haven’t Yet Donated)?

According to Golden, “wealthy parents sometimes use private counselors with contacts in admissions offices to indicate that they are likely to donate large sums of money if their child is admitted.” However, these parents do not have an explicit quid pro quo with the admissions office such as "I'll donate X amount if you admit my child," but there is rather an implicit understanding that they will donate a significant sum of money if their child is accepted.

One of these elite private counseling companies, The Ivy Coach, says that money only helps so much. It won't turn an F student into an Ivy Leaguer, but it can help a student who is on the fence be admitted, and there is a specific amount that will get that kid in. However, they won’t tell you the number because they want you to pay them money to “guide you” and then they will tell you how much you need to pay the school.

Now that you have gotten the theoretical explanation of how much donations help in college applications let’s examine some real life “development cases”:

In his book, Golden references Margaret Bass, a Stanford Class of ’02 Graduate, as an example of a classic development case. Margaret Bass is the daughter of and alumnus who is one of Stanford's former chairs of the Board of Trustees and donated $25 million to Stanford in 1991 and $50 million to the Graduate School of Business in 2005.

Bass was a so-so high school student. She was ranked in the middle of her class (40th of 79 students), and out of the nine students from her high school that applied to Stanford that year, she was the only one offered a spot in the freshman class, but she had the second lowest SAT score of those students (1220 out of 1600).

At Duke, Maude Bunn earned admission despite her low SAT scores. Her family is famous for Bunn coffeemakers and has a large fortune from it. Duke admitted her hoping that her parents would repay the university. Her parents became the co-chairmen of a Duke fundraising campaign for Duke parents.

This has happened more recently as well. In 2013, Maisie Lynton, daughter of Harvard alum and current Sony Pictures CEO, was torn between Harvard and Brown. Her father reached out to Brown, a school he didn't attend, and donated over a million dollars to create scholarships. She was offered admission to the class of 2019.

Let’s help you get into college with or without a donation.

Not sure where you'd like to go? We'll help you find the right college for you.

Nervous about getting a recommendation letter for your college application? Learn about who you should ask to write it and check out our template for a good letter.