How to Cheat on the ACT 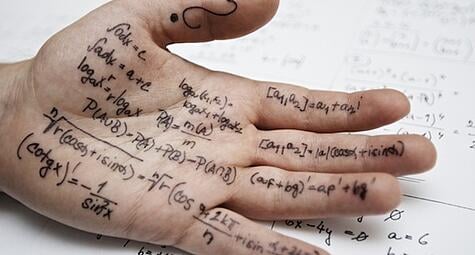 Disclaimer: we are not going to tell you how to cheat on the ACT. What we will tell you about are things you can get in trouble for, along with high-profile cheating scandals that have happened recently and in past years. We do not advocate cheating by any means!

Let's take a look at some of these scandals, as well as make sure you're aware of all the rules and regulations of test day so you don't inadvertently jeopardize your scores or chance of college admissions.

South Korea and Hong Kong: The Case of the Leaked Test

The result? ACT, Inc canceled the test altogether, doing so only hours before students were supposed to take the test. About 5,500 students at 56 different test centers were unable to take the test they had registered for. While these students will get refunds, they don't get the chance to reschedule their June test. Instead, they'll have to wait until the next official ACT test date in September.

At this point, it's unclear who got their hands on ACT test materials or how they did it. While the ACT has never been canceled abroad before, the SAT has been canceled or investigated several times over the past few years in both South Korea and Hong Kong.

It seems that test centers take advantage of time zone differences to obtain information from students taking tests in the U.S. Unfortunately, it was the test-takers in South Korea and Hong Kong who suffered from this underhanded activity and were unable to take the ACT at all on their scheduled June test date.

Cheating scandals around the ACT haven't just happened overseas. In fact, the largest and most high profile scandal to date happened in 2011 on Long Island, New York.

Over 20 arrests were made in this case where students paid other students (most of them already in college) to take the test in their place. They paid students up to $3,600, and these students used fake IDs to enter the testing center. When these cases of false identity were discovered, the perpetrators were charged with scheming to defraud in the first degree, criminal impersonation in the second degree, and falsifying business records in the first degree.

None of these students ultimately faced jail time, but their names and this case will forever be on the public record. Apparently, this kind of identity swapping had been going on for years.

As for the aftermath of this scandal? Now all students have to upload a photo of themselves when they register for the ACT.

Would you be tempted to pay money if it meant a perfect scorer would take the ACT for you?

Kentucky: The Case of Too Many Practice Tests

In 2014, the principal and other school officials at Louisville Male High School came under investigation for heavy assistance of students taking the ACT. Because the ACT is used in many states as a high school standardized exam, it's a high stakes test for schools and administrators, as well as students.

Several students reported that school officials gave substantial help during their test. Administrators let students take multiple practice tests with the real questions, before entering their real answers for the real test. Furthermore, officials helped students with questions they struggled with and even gave them answers, giving Louisville students an unfair advantage on the actual ACT.

Even worse, students reported administrators telling them to keep hush about the cheating in interviews. In the end, the principal was fired from the school, and the school was required to institute new behaviors to prevent this cheating from happening in the future.

Michigan: The Case of Calculator Misconduct

Similar suspicions swirled around Fremont High School in Michigan in 2014. College Board received an anonymous tip about improper calculator use that indicated that school officials had uploaded far too much information on students' calculators, almost like having a "cheat sheet" while taking the ACT.

Ultimately the ACT decided that while their actions gave students an unfair advantage, they had found a loophole in the rules and were not technically cheating. Students scores were eventually released, but they were withheld for a long time while the investigation was underway.

While these cases of cheating on the ACT made the news, most cases are less high profile. Instead, they occur because a student or test proctor reports unusual behavior on test day. Let's take a look at the more common causes of ACT scores being withheld or canceled. 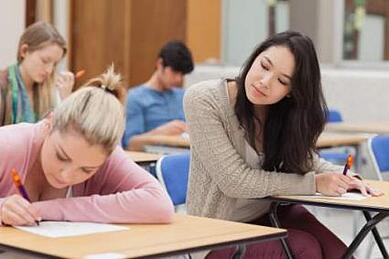 What Else You Can Be Disqualified From the ACT For

The basic signs of cheating - like looking at someone else's test paper, talking, using inappropriate materials, or causing any disturbances - are all prohibited while taking the ACT. Since it is strictly timed, students cannot look back or ahead in the test booklet. They cannot flip through it or work on a different section than the one currently being timed, nor can they continue to write or fill in answers after time has been called.

Once time has been called, that's it - absolutely no more filling in the bubble sheet or adding one last sentence to your essay. Otherwise your test proctor could take your test booklet and ask you to leave the testing center.

Once your test has been scored, there may be a few unusual trends that alert scorers to possible signs of cheating. For example, huge fluctuations in your scores could prompt an investigation - if you improve by a great number of points between your first and second test administration, for example, or show large inconsistencies between similar sections. They may ask you to provide a testimonial on your behalf, but could withhold your scores indefinitely or have you retake the test.

Another cause for concern is if your answers resemble that of a nearby student too closely. One Boston student was shocked to have her scores withheld, because her answers looked almost identical to a student she sat near. While very rare, these kinds of investigations begin after the tests have been scored and analyzed.

So if your scores are withheld, what are the consequences?

Consequences of Cheating on the ACT

In the high profile New York case, which involved fake IDs and exchanges of large sums of money, actual charges were filed against students and arrests were made. In less nefarious circumstances, like the ones described above, usually the ACT will cancel your scores and you will have to retake the test.

If your score reports have already been sent off to colleges, the ACT will notify the colleges that your scores are now invalid. They usually won't provide a specific reason, but instead will say, "The ACT cancels scores for a variety of reasons, including illness of the examinee, mis-timing of the test, disturbances or irregularity at the testing site. It is the ACT policy to treat the ACT's reasoning for canceling a specific score as confidential."

Colleges won't necessarily hear that you were accused of cheating, but cancellation of scores is still a big red flag that you don't want to have on your application. The college will likely know if your scores were the only ones to be canceled, thereby ruling out "mis-timing" or "disturbances at the testing site" as a possible explanation. Plus, many months will probably pass by the time you get a final decision from ACT, sign up for and retake the test, and receive and send off your new score reports, causing you to miss important deadlines.

If your scores were withheld due to inconsistencies, the ACT may have you retake the test. If you score within three points of your last performance, then you will get to keep those new scores. If not, then your new and improved test scores will be canceled and invalidated.

For the most part, students whose scores get withheld and/or cancelled may retake the test, but this can be a huge hassle, both emotionally and in terms of getting everything done in time for your college application deadlines. 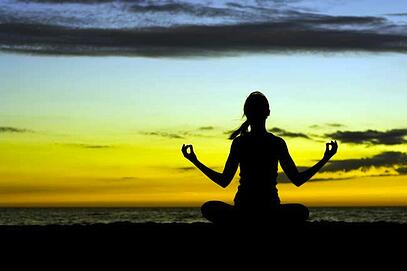 Relax! The ACT is an important test, but there's no reason to lose your head.

What Can You Do Instead of Cheating?

Don't cheat on the ACT - prep instead! Nothing is a replacement for preparation and familiarity with the content and format of the tests. Check out our free E-Book for the tips and strategies you need to know to improve your ACT score by 4+ points.

To prep most effectively, use high quality materials that will show you all the concepts and question types you will encounter, so you really won't need to know the exact questions beforehand.

To avoid raising any suspicions about cheating on the ACT, make sure you're familiar with all the instructions and timing of the test. This is especially crucial if English isn't your first language or you're unsure if you'll absorb the exact instructions once the test has been passed out. By knowing the exact instructions before test day, you can focus your energy and attention on the content, rather than on logistical details.

As we mentioned above, the testmakers look at your scores to detect any unusual fluctuations or similarities with a nearby test-taker. To prevent this possibility, make sure you take the test seriously every time you take it. Don't treat any administration as a throw-away, as this could become a problem later on down the line. Instead, try your best every time so your scores are an accurate representation of your skills, abilities, and preparation every time you take the test.

Finally, try to keep perspective through the pressures of achievement and competition. Make sure to give yourself breaks and use the coping skills that best work for you to alleviate stress, like meditation, mindfulness, and exercise.

Try to see the forest through the trees - in other words, do your best to look at the big picture rather than stressing out about one part of it along the way. By acting with integrity and purpose, you will end up in the college that's the best fit for you.

Now that you know the behaviors that count as cheating on the ACT, what about the personal belongings that must stay out of the testing center? This article explains everything you need on test day, some little known things that could come in handy, and the things you should just leave home.

Are you feeling stressed about the ACT? If you're like any other student, the answer is probably yes. This article suggests some practices for managing your anxiety, clearing your mind, and training your focus for test day.

Aiming for a high ACT score? Read our guide on how to score a perfect ACT 36, written by our resident perfect scorer.