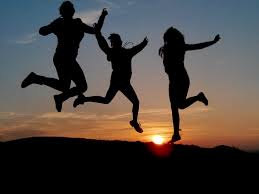 Are you ready for more grammar fun?? Pronoun case is a grammar rule that is regularly tested on the SAT. You know the drill: Learn the SAT Writing rule and you'll raise your score.

There are multipe pronoun rules that are tested in SAT Writing. This one is relatively straightforward and tends to be tested a little less often than the others. However, you will most likely see at least one or two pronoun case questions on the SAT. Let's master this rule, learn tips and strategies to solve these questions, and get you one step closer to your target score.

A pronoun is a word that takes the place of a noun. The noun to which the pronoun refers is called the antecedent. Some examples of pronouns include I, he, she, it, me, him, her, their, we, and us.

What is Pronoun Case?

Case refers to whether a pronoun is being used as a subject or an object.

What is a Subject?

Justin is the subject because he does the writing. In a sentence where there is a description, typically using a form of the verb "to be", the subject is the noun that is being described. Consider this possibly accurate sentence:

Justin is the subject because he is the person who is odd. 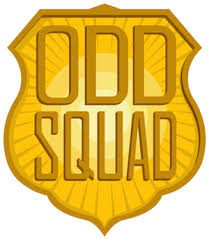 What is an Object?

I ate an orange.

The object is "an orange" because that is what I ate. Here's an example sentence in which I bolded the object of the preposition:

John spoke to his niece.

John's niece is the object because she is the person to whom he spoke.

I gave my girlfriend a sweatshirt.

Here is a list of object pronouns, corresponding to the ones above:

Now that we've covered all the basics, we are equipped with the necessary knowledge to tackle pronoun case questions on the SAT.

Pronoun Case on the SAT

The SAT tests you on whether you should use a subject pronoun or an object pronoun. You will be tested on the following subject/object pairs:

So, now we'll go through the process of how to decide whether to use a subject or an object pronoun in a given sentence.

She delivered a spectacular speech.

You cannot replace "Sonia" with an object pronoun. You cannot write "Her delivered a spectacular speech." That is an example of a pronoun case error.

Here is another example sentence:

Let's go through the same process and replace "Bob" with a pronoun. Is Bob a subject or an object? Well, he follows the preposition "to" and received the autograph from Hillary Clinton. Bob is an object. So, we have to replace Bob with an object pronoun. The resulting sentence should look like this:

Hillary Clinton gave her autograph to him.

If we made a pronoun case error when replacing "Bob" with a pronoun, the sentence would read, "Hillary Clinton gave her autograph to he." 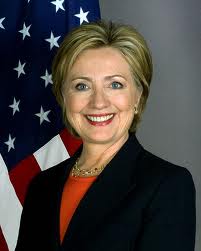 The Same Rules Apply for Compound Subjects and Compound Objects

Ice-T and Justin met at an IHOP.

"Ice-T and Justin" are the subject. They are the people who did the meeting. Now, let's replace "Justin" with a pronoun. We know that "Justin" is a subject so we have to use a subject pronoun. Because I am Justin, my sentence would look like this:

Ice-T and I met at an IHOP.

If you were writing this sentence about me, your sentence would look like this:

Ice-T and he met at an IHOP.

That sentence probably sounds awkward to you, but it is grammatically correct. Most people would use the object pronoun and write, "Ice-T and him met at an IHOP." That would be a pronoun case error. Remember, always follow the grammar rules and avoid relying on what "sounds right".

Let's go through the same process with another example sentence:

Mr. T gave gold chains to Marc and me.

If you were writing the preceding example sentence about me, you would write:

Mr. T gave gold chains to Marc and him.

Because we are replacing an object with a pronoun, we have to use an object pronoun. 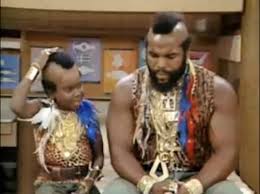 If you see a compound subject/object, cross out the other noun and "and". For compound objects, the sentence should still be grammatically correct. Let's do this with the previous example:

Mr. T gave gold chains to Marc and me.

This sentence probably sounds less awkward to you. Most likely, you would be able to immediately identify a pronoun case error if you saw a sentence that read, "Mr. T gave gold chains to I".

If you do the same thing with a compound subject, the sentence will be grammatically correct if you also change the verb from plural to singular, due to subject-verb agreement. However, keep in mind that the singular and plural forms of a verb can be the same.

Let's use the cross-out method with a compound subject to help determine if there is a pronoun case error. Look at the following sentence:

Nathan and him went to college together.

Regardless, let's rely on the rules. In this sentence, is "him" a subject or an object? It's a subject because they did the action. They went together. Because "him" is an object pronoun, there is a pronoun case error. The sentence should read:

Nathan and he went to college together.

Let's use what we've learned on a real example from the SAT.

This is an example taken from an actual SAT. Try to use your newly acquired knowledge of pronoun case and the appropriate strategy to answer this question. 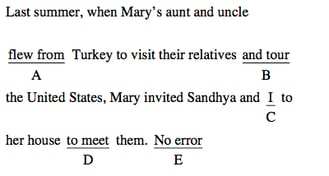 This is an "identify the error" question. Where is the error? Is there an error? Well, let's take a look at answer choice C and determine if "I" is being used correctly. If we use the cross-out strategy we learned to utilize with compound subjects/objects, we're left with "Mary invited I". Perhaps you know the answer at this point.

Here's one more example for you: 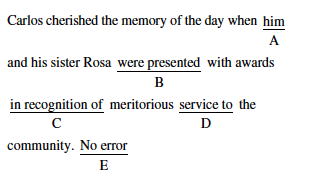 Is there a pronoun case error in this sentence? Let's look at the phrase "him and his sister Rosa were presented". If we use the cross-out strategy and change the verb from plural to singular, we're left with "him was presented". Would you ever say, "him was presented with an award"? I hope not, because "him" is an object pronoun and it is being used as a subject! In the example sentence, the phrase should be "he and his sister Rosa were presented with awards". The answer is A.

Occasionally, the SAT will also test you on whether to use "who" or "whom" in a sentence. These words are known as relative pronouns. Most people have no idea when and how to properly use "who" and "whom". Luckily, the rule is pretty simple. The word "who" is a subject pronoun and "whom" is an object pronoun.

Here's a tip to help you more easily answer questions involving "who" or "whom".

Here is an example sentence:

Justin, who is my teacher, knows when to use "whom" correctly.

Take a look at this sentence:

Justin, whom I adore, writes articles for PrepScholar.

In the sentence, the clause with "whom" is saying that "I adore Justin". If we replace "whom" with "him", the resulting sentence is also grammatically correct: I adore him. The word "whom" is being properly used as an object. It is modifying "Justin", who is receiving the adoration.

Do you get it? Here's one more example:

My friend, to whom I wrote a nasty e-mail, is not talking to me.

Now we can take what we've learned to an actual example from an SAT.

Here is an "identify the error" question from a real SAT. Use our strategy and your knowledge of pronoun case to determine if "who" is being used correctly:

In the sentence, "who" is modifying the investors. The antecedent is plural, so with our replacement strategy we should use a plural pronoun. Does the grammatically correct sentence use a subject pronoun? Should it be "They sold stocks"? Or does the grammatically correct sentence use an object pronoun? Should it be "Them sold stocks"?

The answer, of course, is that the sentence requires a subject pronoun. The investors did the selling. Therefore, "who" is being used correctly. Actually, the answer to this question is D. The word "exceptional" should be in the adverb form, "exceptionally". 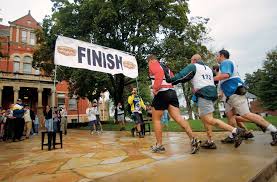 #1: If a Pronoun is Underlined, Check for an Error in Pronoun Case

If a pronoun is underlined in any of the writing subsections (sentence improvement, identify the error, or paragraph improvement), make sure there is not a pronoun case error.

#2: Determine if the Pronoun is Being Used as a Subject or Object

#4: If a Pronoun Follows a Preposition, It is an Object Pronoun

Pronouns that follow prepositions, specifically "to", "for", or "between", should be in the object case.

#5: Use the Replacement Strategy for Who Vs. Whom

Hopefully by this point you understand pronoun case and how to correctly answer any pronoun case question that may appear on the SAT. I've created some realistic SAT Writing practice questions to test you on what you've learned. Remember to use the general strategies I referenced above.

Keep honing all the skills you need to do well on SAT Writing. I recommend checking out this article about what's actually tested on SAT Writing. If you're focusing on grammar, read the complete guide to SAT grammar rules.

Those who want to challenge themselves and test their mastery of the SAT Writing section should check out this post about the hardest SAT writing questions.