This final recommendation letter example represents a character reference. A character reference might come from a friend, neighbor, or even relative. It tends to be more personal than professional and speaks to the subject's personality and character.

In this guide, we'll explain what character references letters are and when they are needed, as well as how to write one and what to include in your letter. We also include a sample character reference letter so you can see what a complete one looks like, and we end with tips to help you write your own letter of recommendation for a friend.

When Are Character Reference Letters Needed?

There are two main situations when character reference letters are most needed. The first is for legal reasons, such as a background check or for a court case. In this case, your character reference is used to provide evidence that the person you're writing the letter about is overall a good person and should be found innocent/given a reduced sentence/be paroled, etc.

You may also be asked to write a character reference for a friend who is applying for a job but doesn't have much work experience or who has been out of the workforce for an extended period of time but still needs references in order to apply to a job.

Some clubs, programs, or schools may also require character reference letters, or they may be needed to sign a lease, but these reasons are less common.

How Do You Write a Character Reference Letter? What Should It Include?

Writing a character reference letter for a friend can seem intimidating, but it's actually quite straightforward. All you need to focus on is telling the truth about what you like about your friend and why you think they're a good person. This is the template your letter should follow:

Introduction: You should always include the date at the top of your letter so people reading it can see how recently it was written. Also, be sure to use the proper honorific, such as "Ms." "Mrs." "Mr. or "Dr." Judges should be referred to as "Your Honor or "The Honorable Judge."

How you know your friend: In the first paragraph, give a little background on yourself, how long you've known the person you're writing about, and what your relationship to them is. For example, "I've been Emily's next door neighbor for ten years, and we grew up spending every afternoon playing in my backyard."

Like in the "how you know your friend" paragraph, be specific and use examples in order to make your letter as effective as possible. Writing "Emily has shown her generosity by volunteering at our local senior center every weekend for the past year" is much more effective than just saying "Emily is a generous person."

If possible, tailor your examples to the reason you're writing the letter (such as examples of how a person is a great parent for a custody case).

Remorse/improvement you've seen (optional): This isn't needed for all character references, but if you're writing a letter because your friend made a bad decision (such as drinking while driving), you can also include examples you've seen of remorse or steps they've taken to make better choices in the future, such as abstaining from drinking and attending AA meetings. This shows that they take their mistake seriously and are committed to being a better person.

Conclusion: End your letter by thanking the person reading it for their time and offering to answer any additional questions they may have. Include your full name and contact information at the bottom of the letter.

Sample Letter #9: Written by a Friend as a Character Reference

To the Honorable Judge Eva Miller,

I'm writing on behalf of Rose Davidson in regards to her gaining custody of her two children. I know Rose to be an exceptional parent, and I fully support her having full custody of her daughters. Rose and I have been neighbors for eight years, and our children play together at least once a week. I see her nearly every day, either in the neighborhood or while dropping off or picking up our children from school, and I can attest to her strength of character and devotion to her daughters.

I first met Rose when she and her daughters moved into the house next door to mine. We quickly found our paths crossing not just as neighbors, but also as fellow parents involved in the PTA. We and our families have become close friends, and over the years, we've frequently spent time together and set up play dates for our children. Rose and I also regularly babysit for each other, and I always feel confident that my children are safe and well taken care of when she is watching them.

I have always been impressed by how dedicated Rose is to being an outstanding mother. She shifts her work schedule and completes her work late at night after her daughters have gone to bed so that she can pick them up from school and be present in the evenings with them. She encourages her daughters to pursue classes and activities they enjoy and is always willing to help with homework and drive them to their weekly soccer practice and art classes. She even goes above and beyond by regularly providing snacks to teammates and classmates during these events. She always listens to her daughters and makes them feel cared for, and I know from my own children that Rose's daughters feel secure and well-loved by her. Rose's daughters are thriving academically and passionate about many extracurricular activities, and I know that with Rose as their mother, they'll grow up to be upstanding members of society.

I feel incredibly lucky to know Rose as both a friend and as an inspiration for what a great mother looks like. I hope that my letter will help Rose gain full custody of her daughters so they can continue to lead full and happy lives. Please feel free to contact me for any further information. Thank you for your consideration. 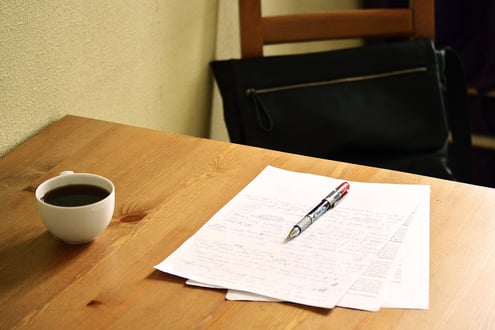 While some jobs ask for character references, other circumstances when they might be called for court, as in the above example, buying a house or condo, or for acceptance into a group or committee.

Reference letters for a friend tend to be much more personal than a typical professional letter. If you're asked to provide a character reference, you can describe the person's personal qualities and character. Just as with any other letter, you should strive to give specific examples to back up your characterization of the subject of your letter.

In the above sample character reference letter, Lara Turner attests to the strong character of her friend and neighbor, Rose, to help Rose with her custody arrangement of her daughters.

Lara talks about her close relationship with Rose and describes some of Rose's personal strengths. Since a custody case is specifically concerned with creating the best arrangement for the children, Lara focuses especially on Rose's dedication to her daughters and the effort and care she puts into being an exceptional mother.

She states her support and gives specific examples to back up her words. Overall, her letter stands as a strong statement of support for Rose and fulfills its purpose as a character reference for Rose's custody hearing.

Keep the following tips in mind to write the strongest character reference and letter of recommendation for a friend possible.

Are you looking for a more professionally-oriented letter of recommendation example? Check out this job reference sample written by a manager for a full-time employee.

Want to learn more? Head over to our full guide on recommendation letters for eight more samples, along with suggestions for how to write your reference.