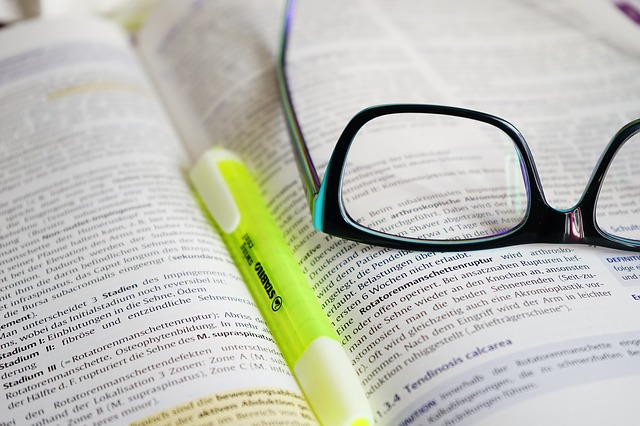 If you’re not familiar with the design of these questions on every SAT, you should be. Here’s the scoop on Improving Paragraphs (and, bonus, a quick and dirty guide to acing the SAT Essay)!

In this post, we’ll look at what these questions are designed to test, why those skills are important, and, of course, how to easily take the questions apart on test day.

Education in the U.S. has changed a lot since the SAT’s inception in 1926, and so must the test. The skill of writing is a great example of how they’ve had to do that.

Before 2005, the SAT didn’t have any way to measure students’ ability to read or write more than a sentence at a time. Many college officials and instructors understandably felt that this was not an ideal way to test college preparedness—most college freshmen are expected to write multiple 5-8 page papers in the first semester. But writing is a complicated process—how to break it down into small, multiple-choice-type questions? One of the ways the College Board came up with was Improving Paragraphs.

Since 2005, one Writing section in each SAT has ended with a question type called Improving Paragraphs. It shows you what it calls “an early draft of an essay.” It consists of 2-4 paragraphs in which each sentence is numbered. The questions ask you to identify mistakes or make improvements to the paragraphs.

Here’s an example of a question and the sentence it asks about:

(6) Although zoologists do not believe that increasing numbers of raptors pose any threat to humans in urban areas, they feel it is important to maintain ongoing surveillance of the main ones where nests are most common.

In context, which would best replace the word “ones” in sentence 6?
(A) raptors
(B) objects
(C) experiments
(D) urban areas
(E) hypotheses

At PrepScholar, our years of experience teaching at both the high school and college levels makes the purpose of the above question, and others like it, quite clear. In this post, we’re going to share that clarity with you.  We’ll go through some common question types and explain what they're really testing.

...which of five sentences would be best to put between two sentences (at the beginning of a paragraph).

...whether you know how to use transitions. Between two paragraphs, either at the end of the first or the beginning of the second, something—usually a whole sentence—should connect the main ideas of the two paragraphs to each other. Wrong answers on the SAT will mention the main idea of only one, or neither, of the paragraphs concerned.

...that many students just don’t use transitions in their writing, accidentally taking the reader on a confusing, bumpy ride. But the SAT can’t ask “does this need a transition?” because there would only be 2 answers: yes and no. They also can’t ask you to write a transition yourself, since someone would then have to read it. The only option is to give you one appropriate transition and four much less appropriate sentences, and make you find the right one.

...which of five sentences would be best to insert into the essay at a certain point.

...whether you understand how to organize an essay.

...that students sometimes skip linking information in their thought processes. The first sentence says something about a movie star being courageous. The one after it in the passage, which would go after the sentence we choose as the answer to this question, mentions an outcome that applies to both the movie star and the narrator. The correct answer is a direct comparison between the two—without it, the paragraph is a bit weird, but not confusing. These are difficult because they’re subtle, but the idea is the same as #30: which sentence best connects the sentences that go before and after it?

...which of five words or phrases would be best to replace another word.

...whether you know how to be specific.

...that students are often (read: almost always) far too vague in their writing, both in high school and college, because it’s easier to be vague. The essay is where the SAT tries to test this the most stringently, but they kind of take a stab at it here, too.

Because the SAT has to come up with five answers, the words (or phrases) in these kinds of questions are usually extremely vague, like “things,” “ideas,” or “groups.” Then you have to figure out, based on context, what that vague word or phrase means more specifically. The answers, for example, might be similar nouns with different adjectives attached to them, and you have to decide which adjective would fit best with the surrounding sentences.

...about the purpose of a paragraph.

...whether you understand the meaning in context of some chunk of writing.

...that many students don’t read deeply enough to understand how an author’s use of an example or story fits into his or her overall point.

Most academic texts don’t start with a main idea like, “Cities have too much sprawl; it should be reduced.” Instead, they say something like “The strip malls designed to serve residents of new housing developments in many suburbs are not suitable replacements for historic districts or unique, local culture.” It could be argued that the first statement is clearer and thus better, but many of the works you’ll read in college will be even less clear than the second statement above, so the SAT tries to test your ability to see through the nonsense to the author’s point.

...you to revise half of a sentence.

...whether you know how to be concise.

...that students use more words than they need to in communicating their points. Most of the revision questions in Improving Paragraphs are about conciseness; that’s why it’s called Improving Paragraphs and not Fixing Errors That Happen to Be in Paragraphs. Sometimes, however, they test appropriateness in context—for example, if two sentences contrast, the second needs to start with a word or phrase that indicates that contrast, e.g. “However,” “On the other hand,” or “Others believe that…”

...which sentence should be deleted.

...whether you can eliminate irrelevant information.

...of fluff, i.e. filler writing that doesn’t help develop the point of the essay. Students at both the high school and college levels tend to include irrelevant details in their writing. Nobody knows what leads to this mysterious phenomenon, but enough of it can make an essay sound like nonsense. The question is, which sentence has the least to do with the essay as a whole? (If the sentence is related to the essay, but a different part than where it is, they’ll usually ask you to move it rather than delete it.)

Bonus Time: Improving Paragraphs is Useful for the Essay Too

And here’s your prize for reading all the way to the end! The underlined phrases above (and below) comprise a concise set of guidelines for the SAT essay (and, really, most essays).

Use transitions: the joints between paragraphs are the places readers read first. Make sure you move smoothly from one idea to the next.

Organize: keep like ideas together and don’t repeat yourself.

Be specific: as much as possible, use concrete names, places, and dates; instead of ‘great’ or ‘terrible,’ use specific adjectives like ‘progressive’ or ‘destructive.’

Use examples and stories: rather than hypothetical, “what-if” scenarios, you can invent situations and events to illustrate your point, so do it!

Be concise: cut the fluff, it doesn’t add to your essay, and the readers see it as repetition, which hurts your score.

Avoid irrelevant information: this is also tied to organization; give only examples that really drive home your point, not things that ‘kind of’ show what you mean.