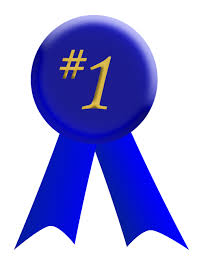 Since the U.S. News & World Report college rankings list debuted in 1983, college-bound students and their parents have become quite enamored with college ranking lists. While the U.S. News list may be the most well-known, there are a plethora of college ranking lists out there. All use slightly different criteria to rank colleges and all claim to be the best and most reliable. However, should you trust any of these lists? Should you use them when deciding which college to attend? Do they provide any valuable information?

In this article, I'll answer those questions. I'll let you know how much you can trust college ranking lists. Furthermore, I'll explain the pros and cons of these lists and how to use them to your benefit.

How Are College Rankings Determined?

Most ranking lists use a combination of objective statistics and subjective opinions based on survey responses to compile their rankings.

Objective Numbers That Influence the Rankings

These are the most common statistics used by the most popular college ranking lists that help determine the rankings.

Retention: Some lists use the freshman retention rate, the percentage of students who return for their sophomore years, to help to determine their rankings. The logic behind using this statistic is that if a student is happy with a college and receiving the necessary support, then she will return for her second year. 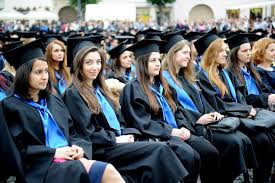 Class Size: US News measures the proportion of classes with less than 20 students and the proportion with 50 or more. The idea here is that very small and large classes are indicative of having more resources. Also, students in smaller classes receive more attention and personalized instruction.

Faculty Salary: The reasoning for using this metric is that schools that pay their faculty most generously are able to attract the best professors.

Student-Faculty Ratio: If there is a low student-faculty ratio, then students can possibly get more attention and there will be more opportunities for students to interact with professors.

Percentage of Students That Graduated in the Top 10% and 25% of Their High School Classes: Colleges whose students all graduated near the top of their high school classes are judged positively for having the highest caliber of student.

Acceptance Rate: The logic behind using this number is that if a college admits only a very small percentage of its applicants, then those that it does admit are likely to be the best and brightest.

However, I enjoyed my experience at Stanford, but I don't donate to my alma mater. Maybe somebody from Stanford will read this and I'll stop getting incessant letters and phone calls asking me for my money. 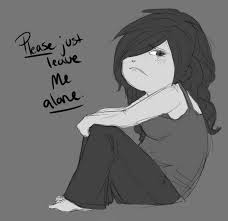 Salary of Alumni: The logic behind using average alumni salary in college rankings is that colleges that provide an excellent education and can offer good professional connections will have alumni with high salaries.

Opinions That Influence The Rankings

Princeton Review conducts a survey on how hard students work and how much they get back for their efforts to assess academics.

For the first time this year in its rankings, Forbes used a student satisfaction survey on Facebook where students were asked how satisfied they were with their school from 1-5.

Obviously, the logic behind using quality of life measurements in rankings is that students should be happy if they're attending a good school. 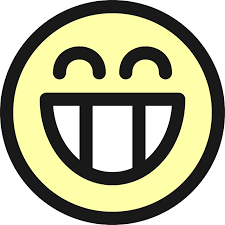 College ranking lists can introduce you to colleges that may be a good fit for you. I think this is probably the most valuable thing about these lists. Many students are not as familiar with smaller, well-ranked schools. Seeing these schools on ranking lists can provoke a student to research them, apply to them, and maybe even attend a school he would not have previously considered.

For example, schools like Harvey Mudd and Williams are excellent schools that may not be as prestigious or have the same name recognition as Harvard or Yale, but they consistently rank very highly in college ranking lists.

Provide Extensive Data for You to Compare Schools

In one ranking list, you can see the average class size, high school GPA, or SAT/ACT score for many different colleges. These lists can offer you a resource for numerical comparisons.

If you're considering a few different colleges, you can refer to a rankings list to compare the available statistics for each school and that may help you narrow down your list of colleges to apply to. 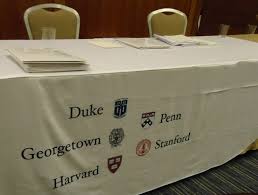 Give You an Idea of What Others Think

Learn What You Need to Do to Be a Qualified Applicant

Many of the ranking lists give you the average high school GPA, standardized test scores, and the percentage of students who graduate in the top 10% and 25% of their high school classes.

From these numbers, you can determine what you need to do to make yourself competitive for admission to a specific school. If you want to have a decent shot at getting into a certain college, your numbers should compare favorably to those of the average student there.

Some of the criteria used to evaluate colleges are highly subjective. For US News & World Report, top academics and high school counselors answer survey questions about other schools' academic programs. Are they well-informed enough to have educated opinions on the academic programs of colleges they may have never worked at nor attended? Are they just relying on hearsay and the reputations of these schools to answer these questions?

Similarly, some quality of life assessments may not account for natural variances in opinions. If the campus of a school in a rural environment is ranked as beautiful, that means little for the student who prefers urban environments and would find the rural campus unappealing.

Some of the criteria used to rank schools may have no real impact on your educational experience. The rate of alumni giving and selectivity of a school will probably not impact the quality of instruction you'll receive at a particular college.

Students can get too focused on the rankings instead of figuring out which school is the best fit for them. There's probably not much difference in the quality of education at a #5 school vs. a #10 school. The #10 school may be a much better fit for a student who could excel academically at both.

Finally, colleges are very motivated by the rankings. They'll convince students who have little chance of getting accepted to apply to increase their selectivity rating. They'll spend countless hours and tremendous resources hitting up alumni for money to up their alumni giving percentages. Perhaps these schools could improve their academic programs or support services if they allocated their resources without regard to college rankings. 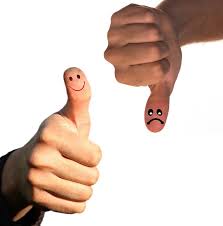 College ranking lists can be both good and bad.

What Do Some College Experts Think?

Generally, in my research, the "experts" on record seem to have echoed some of my sentiments about college rankings.

Jeffrey Brenzel, Dean of Admissions at Yale from 2005-2013, believes that college ranking lists are of limited value to students:

The formulas used to rank schools are based on factors that in themselves are often irrelevant to individual students. Their composite scores reflect alumni giving rates, student-to-teacher ratios, median SAT scores, persistence to graduation, admissions selectivity and other data that provide little information about specific program strengths, honors programs or the general way in which the school lifts and supports student aspirations. The simplicity and clarity that ranking systems seem to offer are not only misleading, but can also be harmful. Rankings tend to ignore the very criteria that may be most important to an applicant, such as specific academic offerings, intellectual and social climate, ease of access to faculty, international opportunities and placement rates for careers or for graduate and professional school.

Colin Diver, former Dean of the University of Pennsylvania Law School and former President of Reed College, also wrote of his dislike for ranking lists. He wrote positively of Reed's decision to not submit information to US News & World Report for its rankings list:

For ten years Reed has declined to fill out the annual peer evaluations and statistical surveys that U.S. News uses to compile its rankings. It has three primary reasons for doing so. First, one-size-fits-all ranking schemes undermine the institutional diversity that characterizes American higher education. The urge to improve one's ranking creates an irresistible pressure toward homogeneity, and schools that, like Reed, strive to be different are almost inevitably penalized. Second, the rankings reinforce a view of education as strictly instrumental to extrinsic goals such as prestige or wealth; this is antithetical to Reed's philosophy that higher education should produce intrinsic rewards such as liberation and self-realization. Third, rankings create powerful incentives to manipulate data and distort institutional behavior for the sole or primary purpose of inflating one's score. Because the rankings depend heavily on unaudited, self-reported data, there is no way to ensure either the accuracy of the information or the reliability of the resulting rankings.

However, some college admissions experts do see some value in the ranking lists. Lynda McGee is a college counselor at Downtown Magnets High School, ranked as a gold medal high school by US News interestingly enough. Like I previously mentioned, she states that college ranking lists can help introduce you to excellent colleges:

Many factors go into college rankings, including alumni donations and how other institutions perceive them. Take that into account when you start to think that school #1 must be much better than school #20. What the rankings can do is introduce you to great schools you may be unfamiliar with. So check out those rankings, but remember that you will find an excellent education up and down the list.

Keep in mind that while you may not find many representatives from colleges to speak positively about ranking lists, in general, hundreds of colleges routinely brag about their rankings and prominently display them on their websites and in their brochures. Colleges tend to care about these rankings, and they know they matter to students, their parents, and influence popular opinion. 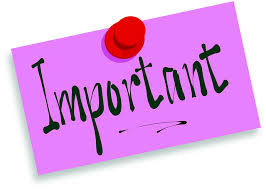 Rankings matter to many people.

Final Word on Whether You Should Trust College Ranking Lists

College ranking lists should only be one of many resources you use in your college search. Make sure you know how to choose a college. Also, look at the best college search websites.

Finally, as you're deciding which schools to apply to, learn about reach and safety schools.