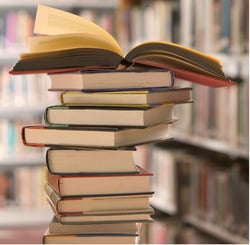 What are the best AP US History textbooks you can buy? Which ones should you use in your course and exam studying?

We’ll cover the most popular books, as well as books to consider if you’re self-studying or on a budget. Read on if you’re looking to get your own AP US History textbook!

First: Don’t Rush to Buy Your Own Textbook

I also highly recommend getting an APUSH prep book in the early spring to help you study – the prep book will review everything on the APUSH test but with less detail than a textbook, which will help you remember the most crucial facts, dates, people, and movements. The prep books will also help you prepare for the time periods and themes that appear on the APUSH test.

That said, if you’re self-studying for the test, or your class doesn’t use a textbook and you want one, or you’re an instructor, these are some great AP US History textbooks you can consider.

Most Popular: The American Pageant 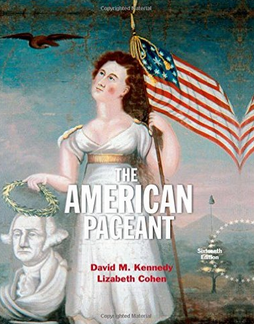 When I got to Stanford, whenever AP US History came up in conversation (an occurrence that happened more than once, since we were nerds!) everyone around me would start reminiscing about this textbook. It seemed like everyone but me had read this textbook in high school! My high school didn’t use it, so I didn’t understand what all the fuss was about.

Turns out, The American Pageant is known as one of the most well-written, readable textbooks on any subject, and it’s a favorite among high school teachers for AP US History, with by far the most buzz online.

One of its main criticisms is also one of its benefits: it’s written almost like a novel, rather than a textbook, so people who prefer something more straightforward don’t always love it. To take a brief example, this is what The American Pageant section introducing Christopher Columbus reads like:

"Onto this stage stepped Christopher Columbus. This skilled Italian seafare persuaded the Spanish monarchs to outfit him with three tiny but seaworthy ships, manned by a motley crew. Daringly, he unfurled the sailors of his cockleshell craft and headed westward. His superstitious sailors, fearful of venturing in the oceanic unknown, grew increasingly mutinous. After six weeks at sea, failure loomed when, on October 12, 1492, the crew sighted an island in the Bahamas. A new world thus swam within the vision of Europeans."

It reads like a novel! A more straightforward textbook introduction of Columbus (from Making America) reads like this:

"Eager to capitalize on the new technology and knowledge, Christopher Columbus, an ambitious sailor from the Italian port city of Genoa, approached John II of Portugal in 1484 and asked him to support a voyage westward from Portugal, to the East Indies. The king refused when his geographers warned that Columbus has underestimated the distance. Undeterred, Columbus peddled his idea to various European governments over the next several years but found no one willing to take the risk. Finally, in 1492, Ferdinand and Isabella's defeat of the Moors provided Columbus with an opportunity."

So even though The American Pageant certainly comes off as a bit flowery, it reads more smoothly and memorably than the more straightforward textbook version. But beyond the language, Pageant has all of the facts, and helps you make connections between different periods in US history.

The connection-making is really useful for the APUSH test. The essays will ask you to make connections between time periods and trends, so just knowing the basic facts of what happened when won't help you. The American Pageant will prepare you by explaining and analyzing those connections and trends throughout the book. (If you want a quick, straigthforward overview of the events, by the way, you can get it from a APUSH prep book later in the year.)

In short, this is a solid pick for any student or if you’re a teacher trying to decide which textbook to use for your class. 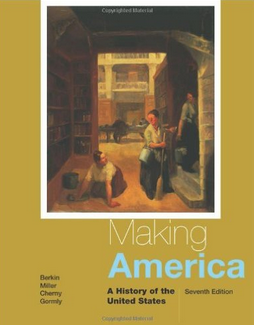 This was the textbook I used for my AP US History class back in high school, and I got a 5 on the AP exam (read more about AP scoring here). This isn’t as novel-esque as the American Pageant (see the quote above), so it’s less fun to read, but I still found it very readable, detailed, and clear. Plus, it's sometimes used for college courses about US History, which speaks to its quality.

You can also get it in a slightly abbreviated form (meaning fewer pictures and maps) but with all the same content, for a decent price given it’s a textbook. You could also consider an older edition if you want to save more money.

If you’re self-studying, this is a great choice because of how clear the chronology is. Since you won’t have a teacher to explain the different periods in US history and why the chronology is divided up like it is, a textbook that lays all of this out quite clearly will be crucial to help you understand American history. If you can get a solid understanding of what happened when (for example, "the Constitution was ratified in 1788"), it will be much easier to start connecting events to a larger discussion of historical themes in an essay ("the ratification of the Constitution ended a period of uncertainty following the Revolutionary War").

I also really like the summaries at the end of each chapter as well as the discussion questions. Both tools help the info sink in. Again, if you’re self-studying, this built-in review is a great feature. This is a really clear book that has all the info and solid tools to help you review. 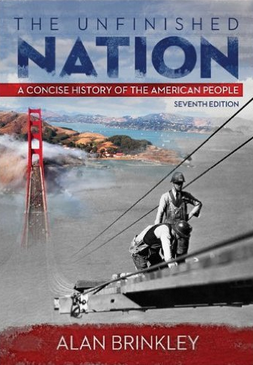 The Unfinished Nation is a solid, readable textbook that you can buy for between $20 and $30 used (including shipping!), which is amazing deal for a great textbook.

While it’s chronological, it also clearly emphasizes social and political movements, which is really helpful for APUSH essay questions, which require you to make connections across time periods. The book also includes a pull-out timeline and map which you can use to help get places and dates straight in your head.

The Unfinished Nation has a clear narrative voice, and while it isn't as novel-like as The American Pageant, it is also really interesting to read. If you need to buy an AP textbook for yourself, this is a great one to consider.

Best for the Recent AP US History Redesign and Exam Prep: America’s History

If you’re going to be teaching AP US History or just want a textbook that matches up with College Board’s specific course goals, this is a great choice. This textbook matches up with the new APUSH objectives from College Board and uses the same chronological divisions, which is really helpful for when you’re studying for the exam.

In contrast, this book was written specifically to match up with the AP US History guidelines, including the new course objectives College Board came up with as of 2014-15. This edition also features many first-hand documents (like the founding documents and supreme court decisions) to give you more practice at using primary sources, which is emphasized heavily in the new AP US History course description.

America’s History also comes with an online quiz feature which will help you prep for the APUSH's exam multiple choice section. To sum up, this is a great choice if you’re worried about being ready for the AP test in May (or getting students ready!).

Also taking the SAT/ ACT? Find out when you should take the SAT for the first time (ACT version here), or whether or not you should retake the SAT/ACT.