So what exactly is tested on the ACT science section? And how much science do you need to know to do well? We'll break down this section for you with example questions so you know exactly what to expect.

The ACT science section is 35 minutes long and contains 40 questions. That means that you have about 53 seconds to spend on each question.

The science section’s format is more like the reading section than the math section – which is surprising for some students! Each question on the math section has its own task or problem. But for both the ACT Reading and ACT Science, you have to read a passage and then answer a series of questions about it.

There are seven passages on the science section. Each passage could contain graphs, charts, experiment summaries, or conflicting viewpoints from scientists. Every passage is followed by four to seven questions about it. So to do well on this section, you need to be able to quickly but accurately read and understand scientific data.

What Does AP Science Test You On?

Although the ACT Science section includes a wide range of science content, it tests your scientific skills more than your knowledge. As the ACT puts it, “the Science Test … measures the interpretation, analysis, evaluation, reasoning, and problem-solving skills required in the natural sciences.”

In other words, the science section tests skills, not specific facts or topics.

So how exactly do you learn these science skills? From taking science classes in high school. The ACT website recommends you take at least three years of science in high school, and have taken at least one biology course and one physical or earth science course by the time you take the test. 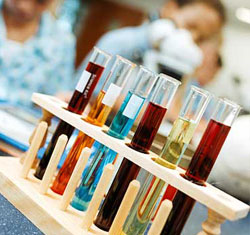 Aside from being more fun than the average class, doing science experiments helps you prepare for the ACT!

By taking science courses, you’ll learn about the scientific method, how to collect and analyze data, and how to evaluate a theory or hypothesis. These skills will help you succeed on ACT Science. By taking biology and earth science, you'll get enough background on science terminology to be able to process ACT Science topics.

Content you're tested on could include biology, chemistry, physics, and earth/space sciences (including geology, astronomy, and meteorology). As an example, the Preparing for the ACT official practice test science section includes passages about finch beak depth, the process of ions being precipitated from the earth’s atmosphere, cloud cover, acid-base titration, stellar evolution (how stars evolve), and the human threshold of hearing.

However, the ACT does not expect students to be experts on such a wide variety of science topics. Using these kinds of topics as starting points, the science section will ask questions about data representation, the research process, and conflicting hypotheses. So if your scientific reasoning skills are strong, you will be able to answer any ACT Science question – even if it’s about an obscure topic like finch beak depth!

That said, science background from biology, earth sciences, and chemistry will be helpful, because you won’t be intimidated by scientific terminology on the test. As an example, it will be easier to break down a passage about finch beak depth if you are familiar with the concept of natural selection.

But remember you don’t actually need an advanced knowledge of particular science concepts to do well on this section – you just need to be able to read and interpret graphs and studies.

Now let’s explore the exact question types you will see on ACT science.

These questions have you read graphs, interpret scatterplots, and explain information presented in tables. While some knowledge of the subject being tested is helpful, what is more important is your ability to read and understand data. As an example, check out this question from an ACT practice test: 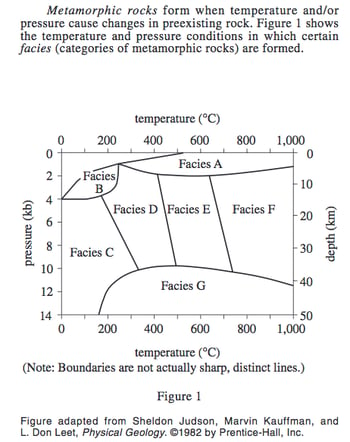 The topic of this passage is metamorphic rock formation. However, you don't need to be an expert on that, or even know much about metamorphic rocks at all, to break down the chart. The question asks you which conditions a Facies G rock is most likely to form under. Looking at the area of the chart representing Facies G rocks, you can see they form with pressure between roughly 10 and 14 kb, and temperatures between 200 and 1,000 degrees Celsius. Looking at the answer choices, only one (choice J) lists a pressure reading that a Facies G rock could form under. Therefore J is the correct answer.

These questions require you to interpret the design and results of experiments. Again, specific content knowledge isn't as important as knowledge of the scientific method and data collection. Check out this example question to see what we mean. 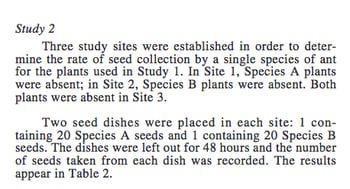 The topic of this passage is elaiosomes, nutritious structures in seeds that attract ants. However, you don't need to know much about ants, seeds, or elaiosomes to break down this study and know which variable was controlled. A controlled variable is a variable that remains constant. So all you're looking for is the variable in the experiment that was kept the same. Reading the study description, we see that "Two seed dishes were placed in each site." This makes G the correct answer. (The other answer choices, number of ants, mass of elaiosome of each seed, and type of seed taken by the ants, were not described as constant in the study summary.)

So to get this question right, you have to know what a controlled variable is and how it relates to scientific study structure. You do not have to be an expert on ants or seed germination. This is why taking science classes and becoming knowledgeable in the scientific method is so important to doing well on ACT science.

The final question type on the ACT science section tests your ability to understand, analyze, and compare alternate viewpoints or hypotheses. These questions will center around a single situation or problem, and you will read two different viewpoints and compare the similarities and differences. Check out the example below. 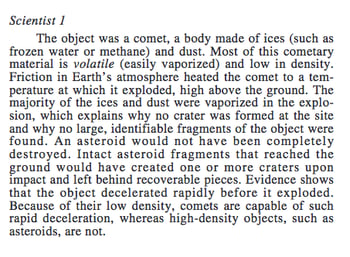 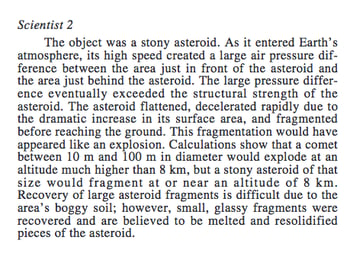 The question is asking you to figure out the main point of disagreement between the two scientists. In this case, the disagreement becomes clear in the first sentence of each opinion. Scientist 1 says "the object was a comet," while Scientist 2 says "the object was a stony asteroid." This makes answer choice J ("the type of object that entered Earth's atmosphere") the correct choice. The scientists do not disagree on the other three answer choices. The location of the event (choice F) and speed of the object (choice G) are given in the initial description, and the scientists don't disagree on the density of Earth's atmosphere (choice H).

Once again, your familiarity with the content, in this case comets and asteroids, is not important. What is important is your ability to read two different points of view and quickly hone in on similarities and differences. Even if you knew nothing about comets or asteroids, it would be possible to get this question right by using critical reading skills.

Here's a summary chart of the types of questions you'll see on ACT Science:

If you can read and interpret graphs, charts, and tables, analyze differing opinions, and understand the scientific method and study design, you will do well on ACT Science. This section tests your scientific skills, not your knowledge of scientific facts. As you practice for this section, focus on how well you are able to quickly read and understand data and experiments. Also make sure you are able to compare different viewpoints and find similarities and differences.

Doing specific ACT preparation and using practice questions will help you see if your scientific reasoning skills are strong enough to do well on this section.

If you haven't already, check out our Ultimate Study Guide For ACT Science. It contains dozens of ACT Science guides going into every question type tested, strategies to tackle the questions, and how you should be organizing your prep to raise your score.

The ACT’s science section is just one factor that sets the ACT apart from the SAT. What are the other differences between the ACT and SAT? Find out with our comparison here, and learn for sure which test you’ll do better on.

Do you have advanced science skills you want to show to colleges? Learn about AP Tests and SAT Subject Tests, which both have specific science options like Biology, Chemistry, and Physics.