Should You Use the Universal College App or the Common App? 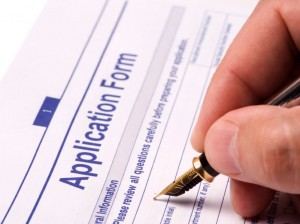 For years, the Common Application (CA) was the only widely available application for use at multiple colleges. It was created in 1975, with 15 colleges in its first year. It still dominates the college application world, and today is used by more than 900 colleges and universities.

However, back in 2007, the Universal College Application (UCA) was created, and now serves two colleges and universities. So what exactly are the differences between the CA and the UCA? Why do colleges use one, both, or neither? And which one should you use? We will explore these questions in this post and help you decide how to apply.

Both the CA and UCA allow you to create a centralized college application—with your demographic information, extracurricular activities, and grades—and then send that application off to various colleges. This saves time since you don't have to fill out a separate application for every single college you apply to.

The CA and UCA mostly serve private colleges, though there are exceptions. The reason for this is that most public universities have their own online admissions systems.

Many colleges on the CA and UCA have what they call "supplements"—extra questions that their admissions offices use to evaluate candidates. The supplements can include anything from short questions ("describe yourself in five words") to additional essays.

If colleges accept both applications, they don't have a preference for one or the other. In other words, it won't matter to them which one you use. While it's far more likely you'll use the CA simply because it serves so many more colleges, there are still some advantages to the UCA.

So how do you decide which application system to use?

Benefits of the Universal College Application

First, let's take a look at the biggest pros of using the UCA:

Drawbacks to the Universal College Application

Now that we've seen the pros of the UCA, let's go over the biggest cons:

Benefits of the Common Application

We've looked at the pros and cons of the UCA, but what about the CA? Here are the three biggest advantages:

Drawbacks to the Common Application

Just like the UCA, the Common App isn't perfect! Here are its biggest cons:

Colleges That Don't Accept Either the UCA or CA

While the CA and UCA have become big names in college admissions, there are still plenty of schools that don't accept either application system. If you are applying to these schools, you might not even have to choose between the UCA and CA.

Here are some notable schools that don't use either the Universal College App or Common App:

This is just a starter list. As a general rule, public universities are more likely to have their own systems. And some colleges on the CA and UCA also offer their own online application systems.

If you're mostly applying to schools that don't use the UCA or CA, for the few colleges you apply to that do use those applications, you might have a bit more flexibility.

Given these pros and cons, which application system is the best choice for you—the Universal College Application or the Common Application?

Definitely Use the Common Application If …

Definitely Use the Universal College Application If …

Working on your college essay? Learn what not to do.

Want to raise a low SAT Math score? Get expert tips from our full scorer.