Why Was the SAT Called the Scholastic Aptitude Test?

Shockingly, catchy slogans were not a part of the original Scholastic Achievement Test.

If you're a high school student trying to get into college, you've definitely heard of the SAT, and might already be studying for it. But have you ever wondered what "SAT" itself actually stands for? And does it reveal anything about what the SAT claims to measure?

Well, it turns out the SAT has gone through many name changes, which reveal changes in the test's design and purpose. Read on for the full story behind the SAT's name.

You may have been told that SAT stands for "Scholastic Aptitude Test." Although this is where the initials "SAT" come from, the test existed even before College Board gave it that name.

Going way back to the late 1800s, there was little agreement among colleges what skills and knowledge students needed to be prepared for college. Because of this, universities had their own entrance exams, making it hard for schoolmasters to know how to help their students get into college.

The College Board was created in 1899 to help solve this problem. It aimed to improve communication between colleges and secondary schools regarding admissions requirements. It also provided a series of uniform exams, covering several subjects (including topics like German and Latin!), first given in 1901. The exams were designed to create a more uniform standard for college admission.

Incidentally, this explains how the College Board got its name, as well.

After a few decades, the College Board began to be more interested in "comprehensive examinations," which would examine a student's intelligence and reasoning, rather than their knowledge of particular subjects and facts.

Thus the "Scholastic Aptitude Test" was born. Created in 1925, it was designed not be a test of achievement in school subjects but the ability to apply knowledge to discrete situations. "Scholastic" refers to ability in school, but the emphasis here was on "aptitude" – the ability to learn and apply knowledge to different situations, rather than to memorize facts. We'll discuss those terms in more detail later in the article as we reveal why College Board eventually dropped these words.

The topics tested on the original Scholastic Aptitude Test included definitions, arithmetic, and paragraph reading – which still exist on the SAT today. However, the original SAT had analogy and logic questions that are no longer a part of the test.

The Scholastic Aptitude Test was used by more and more colleges as part of their admissions processes. Without the ACT (which wasn't created until 1959) it was the only such test in the US. It became known as the S.A.T. due to its initials.

The Scholastic Aptitude Test kept its name for 70 years, even as the ACT came into play in the 1960s. However, the S.A.T. faced something of an identity crisis in the 1990s.

The test was redesigned in 1990 (first administered in 1994) and renamed the "Scholastic Assessment Test." The rename was to reduce the perception that the S.A.T. could definitively predict a student's aptitude for college work. They now claimed to simply "assess" a student's potential. (We should note this was also quite redundant – assessment is another word for test, so the new name was literally the "Standardized Test Test.") 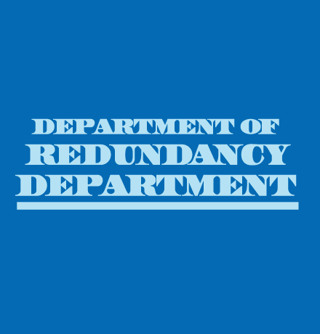 The College Board's temporary name during the 1990s.

From a Washington Post article written at the time, "According to the president of the College Board at the time, the name change was meant 'to correct the impression among some people that the SAT measures something that is innate and impervious to change regardless of effort or instruction.'"

The test was also given the longer name SAT I: Reasoning Test, to distinguish it from the SAT II: Subject Tests, which had formerly been called "Achievement Tests." (This is why some people still refer to the (now discontinued) SAT Subject Tests as "SAT IIs.")

However, in 1997, College Board changed their minds yet again, and said the letters don't actually stand for anything, so the test is not called the S.A.T., just the SAT.

In other words, the College Board really doesn't want people to have the wrong impression of what the SAT actually is or what it tests. However, since the initials "SAT" are so recognizable, they kept them. But now they are just that: initials.

If Not "Aptitude," What is the SAT Supposed to Measure?

So if the SAT doesn't have any meaning, you might be wondering, what is it designed to measure?

According to College Board, "The SAT is a globally recognized college admission test that lets you show colleges what you know and how well you can apply that knowledge."

In other words, the SAT still tests what the original Scholastic Aptitude Test set out to measure back in the 1920s – the ability to "understand the relation of discrete facts to one another and to apply them to new and unexpected situations."

College Board simply shied away from the word "aptitude" in the 1990s because it implied that students had a set amount of intelligence the SAT could measure.

Perhaps "ability" might have been a better word – ability means "talent, skill, or proficiency in a particular area," but unlike aptitude, which is innate, ability can increase with work and practice.

But alas, College Board decided to drop the issue altogether by dropping the real name of the SAT. So even though the letters "SAT" don't officially stand for anything, their original meaning isn't too far from what the SAT tests today.

Want to know more about the test formerly known as the Scholastic Aptitude Test? Learn about SAT timing, SAT scoring, and get a guide to what's actually tested each section – Reading, Math, and Writing.

Did you know the SAT is changing again in 2016? Even though its name is staying the same, the test isn't. Get a complete guide to the changes.

Exactly how long should you study for the SAT? Get an expert guide here.

Disappointed with your scores? Want to improve your SAT score by 160 points? We've written a guide about the top 5 strategies you must be using to have a shot at improving your score. Download it for free now: