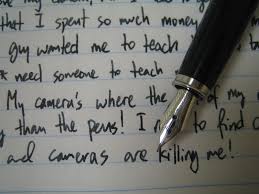 A general rule to follow when answering SAT Writing questions is that the given sentence should be written in the most concise grammatically correct way. Often, especially in sentence improvement questions, the error in a sentence is only that the sentence is too wordy. Similarly, sometimes specific words in a sentence can be eliminated because they are superfluous. Wordiness and redundancy are common errors on the SAT Writing section, and I will be explaining how to identify and correct these errors.

Wordiness on the SAT

For SAT purposes, wordiness means that a sentence can be shortened without creating a grammatical error. Concise writing is better writing. Wordy sentences force the reader to navigate through complex phrases to try to figure out the point. Concise sentences are much easier to understand. On the SAT, wordiness is a common problem on the sentence improvement subsection. The correct answer will always be the most concise grammatically correct choice.

Here are phrases that often appear on the SAT Writing section in their wordy and concise versions.

Being that she was driven to succeed as a writer, Joyce studied great authors.

This is the corrected version of the same sentence:

Because she was driven to succeed as a writer, Joyce studied great authors.

This is another example of a sentence with a wordy phrase:

In spite of him being the youngest one in the kindergarten class, he was the tallest.

Here is the sentence after we substitute the concise phrase:

Although he was the youngest one in the kindergarten class, he was the tallest. 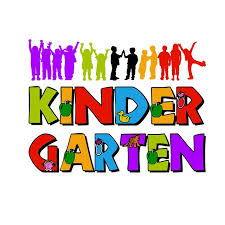 In addition to the common wordy phrases, gerunds also tend to signal wordiness errors on the SAT

Gerunds are verbs that function as nouns and end in "ing". Examples of gerunds include playing, jumping, and singing. Keep in mind that not all "ing" words are gerunds. Participles, verbs that act as adjectives, can end in "ing", too.  Check out this example of a sentence with a participle that ends in "ing":

Returning home tomorrow, Ignacio is excited to see his parents.

"Returning" is a participle that modifies the noun "Ignacio".

Now that we know the difference between a gerund and a participle, let's see how gerunds create wordiness errors. Take a look at this example of a wordy sentence with a gerund:

Every year, tens of thousands of students apply to the most selective colleges, with the gaining of admission to these schools being their goal.

The gerunds in the sentence are "gaining" and "being". To fix the wordiness error, we have to make the phrase "with the gaining of admission to these schools being their goal" more concise. Here is the corrected version of the sentence:

Every year, tens of thousands of students apply to the most selective colleges in order to gain admission to these schools.

There are multiple ways to correct the original sentence, but you should know that the corrected version is a better sentence. Why? It is more concise and it is grammatically correct. That's the recipe for a right answer in the sentence improvement subsection.

Gerunds often signal a wordiness error, but how should you fix a wordy sentence with a gerund?

When Possible, Replace a Gerund with a Noun or Pronoun and a Verb

Typically, you should replace a gerund with a noun or pronoun and a verb in wordy sentences. Look at this wordy sentence with a gerund:

Justin is a huge fan of gymnastics because of it being a sport that combines artistry, athleticism, strength, and acrobatics.

The gerund in the sentence is "being". To fix the wordy sentence, let's replace the gerund with a pronoun and a verb:

Justin is a huge fan of gymnastics because it is a sport that combines artistry, athleticism, strength, and acrobatics. 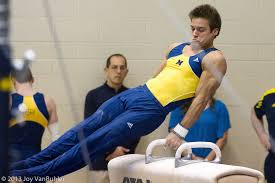 The gerund "being" was replaced by the pronoun "it" and the verb "is". The corrected version should read better to you and it is a more concise sentence.

While gerunds often signal a wordy sentence, keep in mind that gerunds should be used in certain instances.

I got a perfect score on the SAT by following the advice in the PrepScholar article about how to get a 2400.

The gerund is used to reveal how I got a perfect score. Let's consolidate the information about wordiness into a strategy for correctly answering wordiness questions on the SAT.

Always choose the answer that is the most concise grammatically correct sentence. Substitute the concise versions of wordy phrases. Replace gerunds with nouns (or pronouns) and verbs, when possible. If you see a gerund in a sentence, make sure it is being used correctly.

Try to employ these tips on questions that appeared on the SAT Writing section.

See if you can find the correct answer on this wordiness question from a real SAT. 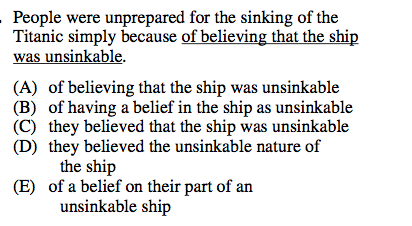 Explanation: Here, the phrase “of believing that the ship was unsinkable” is the reason why people were unprepared for the sinking of the Titanic. Even if the underlined phrase sounds fine to you, we want to see if we can make the sentence more concise without creating a grammatical error.

You should have noticed the gerund “believing”. Let’s try to replace the gerund with a noun or pronoun + a verb. Who believed the ship was unsinkable? The people. They believed that. So, answer choices C and D are the only ones that change the gerund to the noun + verb form.

Here's another example for you. 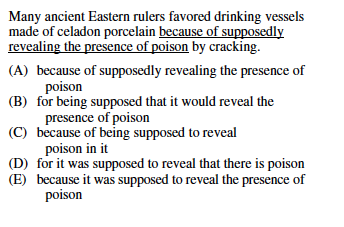 Explanation: Again, the phrase may not appear to have a grammatical error, but you should pick the most concise grammatically correct version of the underlined phrase. You should notice the gerund “revealing”. Can we change the gerund to the noun (or pronoun) + VERB form?

Look at the answer choices. We can. The phrase “because of supposedly revealing” can be changed to “because it was supposed to reveal”. The pronoun “it” refers to celadon porcelain. There is no grammatical error in choice E and that version is more concise than the original. The correct answer is E.

Now, let's take a look at a similar type of error: redundancy

Redundancy means using a word or phrase that repeats what is already stated or implied in the sentence. Here is an example of a sentence with a redundancy error:

Margaret participates in an annual marathon to raise money for ulcerative colitis each year. 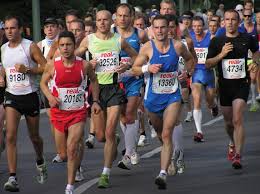 The word "annual" means that the marathon takes place every year. Therefore, the phrase "each year" is redundant and unnecessary.

So, how is redundancy tested on the SAT?

Redundancy on the SAT

On SAT redundancy questions, typically a phrase is added that is unnecessary given other words/phrases in the sentence.  Take a look at this example:

Because the speaker was not using a microphone, his voice was inaudible and could not be heard.

Because the speaker was not using a microphone, his voice was inaudible.

Just like in our discussion of wordiness, the most concise grammatically correct sentence is the right answer.

Here are some tips to help you correctly answer redundancy questions.

Make sure that all underlined words and phrases are necessary for the sentence to maintain its meaning. Check to see that underlined phrases or words don't reiterate what has already been said.

This is a redundancy question taken from a real SAT.

Explanation: So, this question would be difficult if you didn’t know the definition of “imminent”. There is nothing grammatically wrong in the underlined phrase. However, the word “imminent” means something is likely to happen. So, is there a way to maintain the meaning of “was imminent and could happen in the future” and make the sentence more concise? Yes.  Something that could happen in the future could be imminent. The phrase “might be imminent” means the same thing as the underlined phrase and is expressed much more succinctly. Therefore, the right answer is E. Again, you always want to choose the most concise grammatically correct answer.

Here's some helpful information to help you solve both wordiness and redundancy questions.

If you see a commonly used wordy phrase underlined in the sentence improvement subsection, replace the phrase with the concise version of the phrase.

#2: Make Sure that Gerunds are Being Used Correctly

Gerunds often signal a wordiness error. If a gerund is underlined, make sure that the gerund cannot be replaced with the noun + verb formation.

#3: Verify that Underlined Words/Phrases are not Redundant

If a phrase is merely providing the definition of an adjective in the sentence, then that phrase is redundant and should be eliminated from the sentence.

#4: The Most Concise Grammatically Correct Answer Choice is the Right Answer

This is the basic rule that should guide you when answering sentence improvement questions. If a sentence does not have an identifiable grammar error, then make sure that the sentence cannot be written more concisely.

Apply these strategies to some realistic practice questions that I created for you. 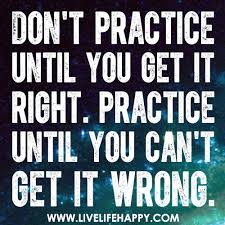 1. Psychologists do not agree about what is the definition of happiness and how to measure it.

A. what is the definition of happiness and how to measure it.

B. how to define and measure happiness.

C. how to define happiness, and also its measurement.

D. the definition of happiness and measuring it.

2. Even though she had just recovered from a severe bout of influenza, Julie did not want to miss her upcoming basketball game because of her being an extremely competitive athlete.

A. because of her being an extremely competitive athlete.

B. because of her being an extreme competitive athlete.

C. when she is being an extremely competitive athlete.

D. because she is an extremely competitive athlete.

E. in spite of her being an extremely competitive athlete.

3. John told his parents that he hit his little brother inadvertently and did not do so intentionally.

A. inadvertently and did not do so intentionally.

B. inadvertently and not doing so intentionally.

D. not intentionally and inadvertently.

E. inadvertently and not done so intentionally.

4. Because Joel works such tremendously long hours is the reason why he is unable to see his friends as often as he would like.

A. Because Joel works such tremendously long hours is the reason why

B. Because Joel works such tremendously long hours,

C. Being that Joel work such tremendously long hours is the reason why

D. Joel works such tremendously long hours because the reason why

E. Being that Joel worked such tremendously long hours;

Now that you understand wordiness and redundancy on SAT Writing, you should continue to master the other grammar rules that appear on the test. Check out these articles on parallel structure, subject-verb agreement, and pronoun agreement.