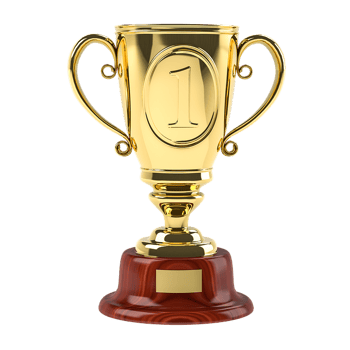 College applications are all about showing off to the admissions committee, and what better way to do so than to lead with your most impressive academic awards. What are the best academic honors and awards to put on a college application?

In this guide, we give you 70+ academic honors examples to give you an idea of what types of achievements colleges like to see most on applications. In addition, we explain what counts as an academic honor or award, go over different impressive academic honors and awards examples you can get, and give you useful tips for effectively talking about awards on your application.

What Is an Academic Honor or Award?

First things first, what counts as an academic honor or award?

Generally speaking, an academic honor or award is any major achievement you’ve made and been recognized for in some way. The form of recognition can range from an actual object, such as a trophy or plaque, to prize money, a title, or verbal recognition.

Typically, an academic honor will fall into one of the following categories:

If you’ve won any awards for specific activities such as a sport you play or a club you’re part of, it’s better to list these in the extracurricular activities section of your application instead of in a separate awards section.

So what are some honors and awards to put on a college application? Up next, we'll take a look at more than 70 academic honors examples. 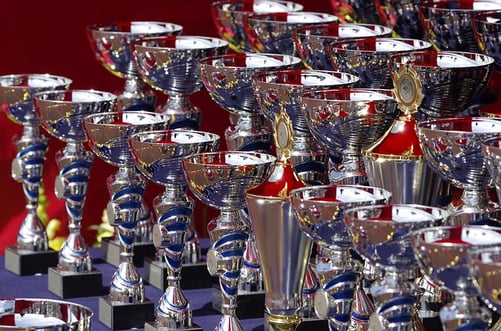 Here, we give you a list of 70+ academic honors and awards examples you could include on your own college application, from prizes won in national and international contests to school-based distinctions and awards.

All the academic honors examples below are grouped by category and listed alphabetically.

Note that this is not an exhaustive list of all academic honors and awards you could possibly have, so if you have an achievement that doesn’t exactly match one of the examples below, don’t worry—you can still put it on your college application!

Award for high placement (1st, 2nd, 3rd, or 4th) or participation in any major (academic) contest, such as the following: 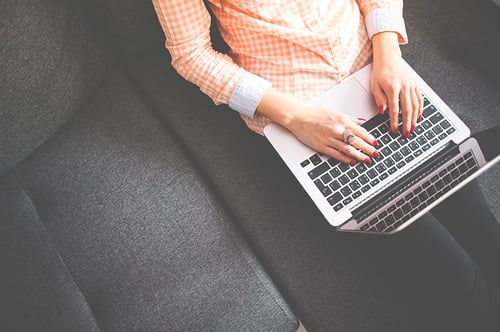 The Best Honors and Awards to Put on a College Application

Of the dozens of academic honors examples above, which ones will look the most impressive on a college application? Here, we explain the top four qualities a truly impressive academic honor will have.

Note that an honor doesn’t need to have all these qualities, though if it does, then it is definitely an excellent one to put on your application!

One quality you want to highlight on your application is the selectivity of the award or honor you’ve won. In other words, the academic award will be one that a lot of students try to win, making it difficult to achieve.

For example, because national and international contests and competitions draw so many student competitors, winning an award like these would certainly impress the admissions committee.

The more selective an academic honor or award is, the more impressive it’ll look on your college application.

Admissions committees see a lot of honor roll and National Society honors on college applications (not that these are bad—they’re just fairly common). So if you've won a particularly unique or rare award, definitely include it on your application, as this will help you stand out from the crowd.

A unique award can be highly selective; it can also be one that is less well known or that highlights something creative, surprising, or impressive about you.

For instance, maybe you won the Most Innovative Employee award at your part-time job after you pitched the idea to create and manage a social media page for the company.

#3: It’s Relevant to Your Academic Interests and Strengths

Another academic award or honor that's great to include on your college application is one that’s relevant to your academic interests and strengths. These are typically subject- or field-specific awards, such as English or writing awards, math awards, etc.

For example, if you’re planning to major in engineering, you'd want to detail any awards you might have won in science, math, or engineering contests.

Relevant awards indicate to the admissions committee not only that you’re truly committed to the field you want to study, but also that you’re one of the most promising students in your field.

#4: It Highlights Your Leadership Potential

An impressive academic honor or award will also emphasize your leadership potential. These are typically awards that involve group or collaborative work. So if you ever led others to success—as a captain or president, for instance—this kind of honor would look great to potential colleges.

Just make sure that you explain on your application what kind of role you had and how your leadership specifically led your team to success.

How to Talk About Honors on Your College Application: 4 Tips

Since you likely won’t have a lot of room to write about academic honors and awards on your application, it's important that you present your academic achievements in an effective, impressive way. Here are some tips on how to talk about the awards you've won.

Tip 1: Open With Your Most Impressive Awards

Admissions officers don’t usually spend a lot of time with each application they get, so you want to make sure that you’re catching their eyes right away by starting with your most impressive honors and awards. These will generally be awards that are highly competitive and required a lot of work and commitment on your end.

Tip 2: Focus on Your Spike

A "spike" is a particular academic passion you have. For example, if you’re a science buff who plans to major in chemistry, you'd want to emphasize your spike on your application by focusing primarily on your chemistry- and science-related activities and awards.

Having a spike will ultimately help you stand out from other applicants. To learn more about how you can develop a spike, check out our guide on how to get into Harvard and the Ivy League. 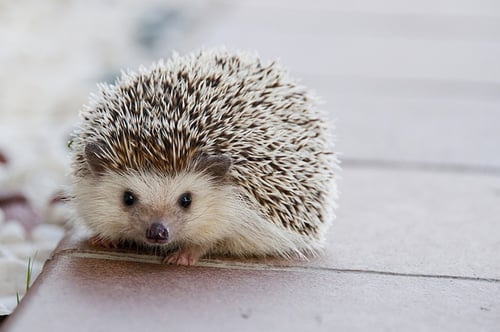 Tip 3: Describe Awards That Are Vague or Unclear

Not all academic awards and honors are well known or obvious, especially if they’re unique to your school or area. Therefore, make sure that you’re using the space you have in the awards section of your application to describe any academic honors that the admissions committee is probably unfamiliar with.

The last thing you want an award to do is confuse admissions officers, so be clear about what it is, how you won it, and what makes it impressive.

Tip 4: Explain the Competitiveness of the Award

For each academic award or honor you’ve won, you want to clarify its level of competitiveness by explaining the scope of the competition. For example, was the science tournament you won a national one? A local one? A school-based one?

Note that if the award has the word "national" or "international" in it, you shouldn’t have to add much explanation to its description since it'll be obvious that the award is fairly selective.

The overall point here is to show off!

Recap: Honors and Awards to Put on a College Application

As you can see, there's a huge variety in the types of academic honors and awards examples you can put on your college application. The 70+ academic honors examples listed above are just some of the possible honors you could include.

In general, the best academic honors to include on your application will have some or all of the following qualities:

Now get out there and win some awards!

Lots of colleges use the Common App. If you're going to be using this platform to apply to college, make sure you know what to expect with the Common App honors section.

Planning to take AP tests in the spring? If you're hoping to snag a distinguished AP award, read our guide to get tips on how you can do this.

Honors can prove that you're a serious and ambitious college applicant. Check out our expert guide to learn what high school honors is and how you can achieve honors status at your own high school.