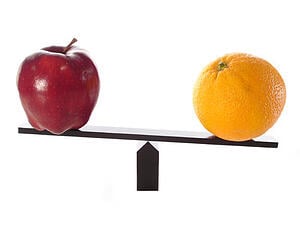 One of the first thoughts you might have after getting back your ACT or SAT score is how well you would have done on the other test. Luckily, SAT to ACT conversion (and ACT to SAT conversion) is possible!

In this post, we provide conversion charts from the test makers themselves to help you with score conversions between both the current and old versions of the SAT and the ACT. We also look at whether certain colleges go easier on the SAT or ACT—and what you can do about it.

We took the College Board's official concordance tables and made a tool for you to automatically convert your ACT scores into SAT scores.

We've even included both current 1600 and old 2400 SAT conversions. Look at the latter if you took the ACT before 2016 and are curious about how your ACT score would have translated into an SAT score when originally you took the ACT.

Just enter your ACT score on the left to get your SAT scores on the right:

You'll probably want to see how your ACT and SAT subscores compare, too. For that, simply read our guide to converting subscores. Also, if you're converting to see which test you should take, we recommend checking out our guide to see whether you're a good candidate for taking both the ACT and SAT.

Note that the vast majority of high school students these days will have taken the 1600 SAT, but if you took the SAT before 2016 and are curious about how your scores would have converted to an ACT score (perhaps you're applying for an educational job or are casually comparing scores with friends), our conversion tool can lend you a hand.

Get your ACT score here:

Get your ACT score here:

Why Convert Between the SAT and ACT?

ACT to SAT conversion can be extremely helpful for figuring out which test you're better at. It’s smartest to focus your efforts on just the SAT or ACT to maximize your score, rather than trying to score well on both tests. But if you take just one test, it’s useful to know how your score translates so you can better understand your performance as well as your chances of admission at various colleges.

For example, by taking a practice test for both the SAT and ACT, you can figure out which test you're naturally better at. If you score dramatically higher on one test vs the other (say, the equivalent of 2 ACT points), you'll know to study for and take that test instead.

As we explore below, ACT-SAT conversion doesn't always line up exactly at schools. Understanding what converting is and why it is not always even at certain schools can help you maximize your admission chances.

Finally, be aware that converting composite scores won't give you the most accurate data. As a result, always convert your section scores, too.

The most accurate SAT-ACT concordance tables come directly from the makers of the SAT and ACT (the College Board and ACT, Inc., respectively). These are the only official conversion charts you can use to translate your ACT score into an SAT score (and vice versa).

*Use this SAT score when a single score point comparison is needed
Source: The College Board, 2018

Note that this is the most up-to-date conversion and recommended by both the College Board and ACT, Inc. (as opposed to the 2016 initial concordance from the College Board); this chart is what schools will be using to compare SAT and ACT scores.

For those of you who want to compare an ACT score with an old SAT score out of 2400, use the table below. Because the current version of the SAT has been in effect since 2016, most readers will want to use the conversion table above.

In other words, only use the following table if you took the ACT or SAT before 2016 and want to know how your scores would have translated at the time you took the test.

All estimates below are calculated using the above table and this SAT composite score conversion chart.

Which is easier, the ACT or the SAT? Find out with our detailed, comprehensive guide to figuring out which test is better for you.

Is There an “Easier” Test at Certain Schools?

Now that we've learned about the SAT-ACT conversion tables made by the test makers themselves, you might think that if you look at admission statistics for various colleges, their SAT and ACT middle 50 percent ranges will match the official SAT-ACT conversions.

Schools report this data since it's a clear way to present the average test score ranges of admitted students. Reporting the full range of scores would be much less helpful as schools might have an admit or two with an extremely low test score, or a few admits with perfect scores. In other words, telling potential applicants that admitted students usually get ACT scores between 16 and 36 is not particularly helpful!

So do these ranges for the ACT and SAT match up according to the conversions above? The truth is, at many colleges, the SAT and ACT middle 50 percent ranges don’t match up exactly. Thus, for some schools, you'd have to do slightly better on one test to be a competitive applicant.

We'll go over a few example below. You can use this information as a guide when looking up the schools you're applying to.

Notice as we go through these examples just how small the differences tend to be. We are not showing that you can game the system by taking the “easier” test for a certain school. As you'll see, the differences are quite small in most cases, but they can help you aim for the most competitive target score possible.

Using Table 1 to compare the scores, we see that ACT composite scores of 29-34 match up to SAT composite scores of 1330-1520. NYU’s actual SAT range is slightly lower than that, which means you'd need a comparatively higher ACT score to be within NYU’s 50 percent range.

For a highly competitive East Coast example, let’s look at Princeton. This school has the following SAT and ACT middle 50 percent ranges:

According to Table 1, these SAT scores match with an ACT score range of 32-36, which is very close to Princeton's actual ACT score range. At Princeton, then, there is not a slight ACT score advantage like there is at NYU. 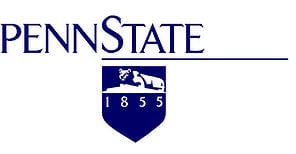 Table 1 shows that these ACT scores convert to an SAT range of 1200-1380. In this case, you'd need to score slightly lower on the ACT than you would on the SAT to be in Penn State's middle 50 percent.

Now for a West Coast example. Here are the the University of Washington’s score ranges:

According to Table 1, UW's SAT range would match up with 25-33 ACT composite. However, its actual ACT range is slightly higher at 27-32.

This means you could get a comparatively lower SAT score of 1200 and be within range at UW. But if you had the matching ACT score of 24, you'd be a little less competitive.

Another West Coast example is USC. Here are USC's middle 50 percent ranges for the SAT and ACT:

By converting these ACT scores into SAT scores using Table 1, we get an SAT score range of 1360-1520. As we suspected, this suggests that your ACT score needs to be slightly higher than your SAT score does to be competitive at USC.

How To Maximize Your Converted ACT/SAT Score

So what can we take from all of this? There are definitely some slight but noticeable differences in certain colleges’ SAT and ACT middle 50 percent ranges compared with the expected conversions. However, there are plenty of exceptions as well.

Here's the thing: even in schools that seem to go slightly easier on one test, the differences are nominal. This means that it doesn't make sense to base your testing strategy entirely on whether a school appears to go easier on ACT or SAT scores. Instead, it’s much smarter to focus on the test you can do better on to maximize your score.

In our test cases above, ACT and SAT ranges did not deviate from expected values by more than 10 -40 SAT points or 1-2 ACT composite points. These are minor score differences you can easily overcome with smart studying, especially if you're taking the test better suited to your strengths.

For example, say you're a better SAT taker, but you notice that some Ivy League schools go a bit easier on ACT scores. If you took the ACT and got a 30 when you were capable of scoring between 1450 and 1550 on the SAT, you'd decrease your chance of getting in. 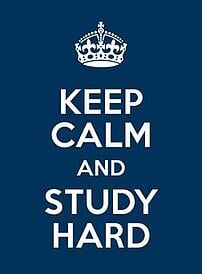 In the end, there is no substitute for smart studying.

But it's still useful to look up the middle 50 percent test score ranges for your target schools. You can even use the conversion charts like we did to see if the school favors one test. Then, use this info to form your own target score.

For example, if you’re applying to a school that goes a bit easier on the ACT, aim for an ACT score in the upper end of their middle 50 range to ensure that, even with ACT-SAT conversion, you are still well within their typical ranges.

Remember, the bottom line in college admissions is to play up your strengths. Maximizing your ACT or SAT score is by far the best advantage you can give yourself on the standardized testing front!

Sure, we’ve argued that colleges don’t give a huge advantage to either the SAT or ACT, but is one test easier than the other? Find out whether the SAT or ACT is easier. Also, check out the 11 key differences between the two tests to help you decide which one to take.

If you already know which test you're taking, use our SAT or ACT goal score guide to develop a target score based on the schools you're applying to.

Curious about what it takes to get a perfect SAT or ACT score? Read our perfect SAT and ACT guides, written by our resident full scorer!

Want to improve your SAT score by 160 points, or your ACT score by 4+ points? Download our free guide to the top 5 strategies you need in your prep to improve both your SAT and ACT scores dramatically.