Are you an international student aiming to attend college in the United States? Colleges are looking for students with language skills and global competencies more than ever, so you already have several strong assets to draw on in your college applications.

One requirement for your applications to most universities is the SAT or ACT. Let's go over the information you need to know about deciding between the SAT and ACT, registering for the tests, and preparing to achieve a high score.

But first, why are the SAT and ACT important for going to college in the US?

END_OF_DOCUMENT_TOKEN_TO_BE_REPLACED

SAT Cost, ACT Cost, and How to Save Money If you're deciding between taking the SAT and the ACT and you have a tight budget, this guide will help. We'll cover the registration costs, reporting costs, and how you can save money no matter what test you choose.

END_OF_DOCUMENT_TOKEN_TO_BE_REPLACED

ACT vs SAT: 11 Key Differences to Help You Pick the Right Test 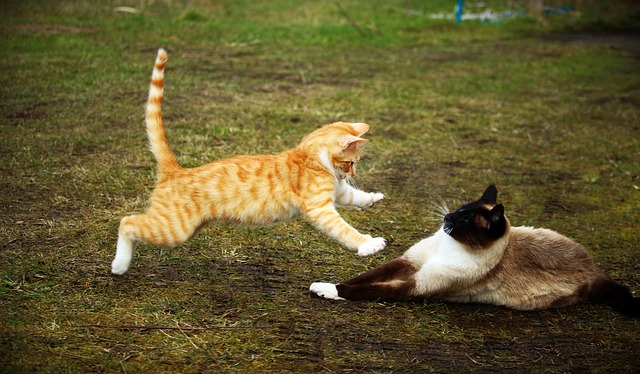 You've probably heard of the ACT and SAT, but how different are these two tests really In this extensive ACT vs SAT analysis, we look at the top 11 differences between the ACT and SAT and explain what these differences mean for you. And to conclude, we give you tips on how to decide whether you should take the ACT or SAT.

END_OF_DOCUMENT_TOKEN_TO_BE_REPLACED

Do You Need to Take Both the ACT and SAT? As a high school student, I took both the SAT and the ACT. I’d been taking the SAT every couple of years since I was in middle school, so I planned to focus primarily on it. However, as a public school student in Colorado, I was required to take the ACT by my school. My scores on the two tests were relatively similar and I ended up submitting both.

Taking both tests, whether because of school requirements or personal preference, has become an increasingly common choice for students, especially those applying to top colleges. Though it isn’t necessary to take both the ACT and SAT, doing so might be the right plan for you. This guide will walk you through the pro and cons of taking both tests.

END_OF_DOCUMENT_TOKEN_TO_BE_REPLACED

What Do Ivy League Schools Think of the ACT? As an ACT tutor, I often fielded questions about whether the test would be looked down on by admissions officers, especially those at Ivy League schools. Because the SAT was the dominant college admissions test for so long, many students and parents worry that—at least in the Northeast—schools still prefer the SAT over the ACT. However, that time has definitely passed, and schools will now accept either test equally.

Read on for a more in-depth explanation of how Ivy League schools view the ACT today, and learn the differences in testing policies that might affect your decision to take the ACT or SAT.

END_OF_DOCUMENT_TOKEN_TO_BE_REPLACED One of the first thoughts you might have after getting back your ACT or SAT score is how well you would have done on the other test. Luckily, SAT to ACT conversion (and ACT to SAT conversion) is possible!

In this post, we provide conversion charts from the test makers themselves to help you with score conversions between both the current and old versions of the SAT and the ACT. We also look at whether certain colleges go easier on the SAT or ACT—and what you can do about it.

END_OF_DOCUMENT_TOKEN_TO_BE_REPLACED Which is better/easier/faster—the SAT Math section or the ACT Math section? How does each stack up over the course of the entire test? Most importantly, which math section is right for you?

We’ll break down both the similarities and differences in this SAT Math vs ACT Math guide and help you decide which standardized test suits you better.

END_OF_DOCUMENT_TOKEN_TO_BE_REPLACED

Are You Better at the ACT or SAT? Find Out For Sure! Because colleges accept both the ACT and SAT, it can be had to figure out which test to take. The changes to the SAT in 2016 made the two tests more similar than ever, although there are still some significant differences in content and format between the two tests.

So how can you tell if you'll do better on the SAT or ACT? Drawing on my experience as a 99 percentile scorer on both the SAT and ACT, I'll give you a surefire way to figure out which test will result in the best outcome for you.

END_OF_DOCUMENT_TOKEN_TO_BE_REPLACED

ACT Reading vs SAT Reading: Which Is Easier? Which is the harder section, ACT Reading or SAT Reading? We will break down the differences between SAT and ACT Reading to help you decide which section is harder for you. You might be surprised which one is easier!

END_OF_DOCUMENT_TOKEN_TO_BE_REPLACED

Should You Take the ACT or the SAT? If you're in high school, you may be wondering whether you should take the SAT or the ACT. In general, the two tests have gotten much more similar since the SAT was revamped in 2016, but there are still a few differences that may sway you towards one or the other.

In this guide, I've outlined some of the key factors you should keep in mind when deciding which test to focus on and created a quiz that can help you determine which test will be better for you.

END_OF_DOCUMENT_TOKEN_TO_BE_REPLACED

Is the ACT Easier Than the SAT?

Because all US colleges accept scores from either the ACT or SAT, picking the test on which you’ll perform better is critical to your admission chances. But when parents and students ask whether the ACT is easier than the SAT, it can be hard to give a good answer. You might not know how the tests compare with each other or which one you're more likely to do better on.

There are differences between the SAT and ACT that can make one or the other legitimately easier or harder for test takers. So how do you know whether the SAT or ACT is easier for you? Keep reading to learn the eight key factors that'll help you determine whether the ACT or SAT is easier.

END_OF_DOCUMENT_TOKEN_TO_BE_REPLACED

Which Measures IQ Better, ACT or SAT? What Does That Mean for Which to Take?

Does the ACT or SAT measure intelligence better? What does this mean about which test you should take?

One way to define IQ is the ability to solve problems based on given information. Here, we look at whether the ACT or SAT is more related to IQ (spoiler: there is an answer!) and what this means for your test-taking strategy.

END_OF_DOCUMENT_TOKEN_TO_BE_REPLACED

The New SAT vs. the ACT: Full Breakdown For the past decade or so, the SAT has come under increasing scrutiny for its confusing structure, trick questions, and obscure vocabulary. Meanwhile, the ACT is often seen as the fairer test, more closely based in what students learn in school.

As you might have heard, the College Board undertook a radical overhaul of the SAT that went into effect in March 2016 and, in many ways, made it much more similar to the ACT. Adding to the confusion is the fact that ACT, Inc., also made some minor changes to the ACT.

What are the main differences between the current versions of the two tests? The short answer is that the SAT and ACT are now quite similar. The changes have eliminated many of the two tests' major differences in both style and content. Nonetheless, there remain important variations—some long-standing and some newly introduced.

END_OF_DOCUMENT_TOKEN_TO_BE_REPLACED Both the ACT and SAT subscores provide students with detailed information about their weaknesses and strengths in categories more specific than English, Reading, Math, Science, and Writing (ACT) or Reading, Writing, Math, and Essay-writing (SAT). Understanding the implications of that detailed information, however, can be difficult, due to the sheer number of scores.

In this article, we'll discuss how subscores can be useful to students and whether or not subscores on one test can indicate how a student would do on the other.

END_OF_DOCUMENT_TOKEN_TO_BE_REPLACED

How to Take Both the SAT and ACT...and Who Should Take Both The SAT and ACT may both be college entrance exams, but the way they test students on their college readiness is subtly different. Most students will do better on one test than the other, so why would you want to go through the hassle of taking both exams? And is it even feasible to do so? We’ll answer those questions in this article.

END_OF_DOCUMENT_TOKEN_TO_BE_REPLACED
All Posts | Next Page