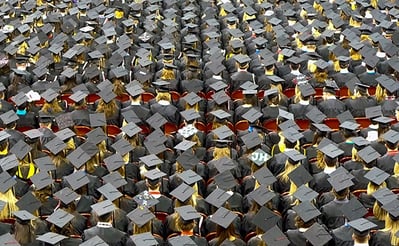 If you're still in high school, you might be curious about how college GPAs work and what you can expect for grades given your major of choice. Just like high schools, colleges vary in how they calculate GPA. Grade inflation also significantly affects college GPA at most schools, causing many students to end up with higher GPAs in college than they had in high school.

In this article, I'll give you the facts about average GPAs at different types of colleges and within a variety of college majors.

The average GPA for students at four-year colleges in the US is around 3.15, or a B average. This is much higher than it's been in the past, a trend that demonstrates that grade inflation is a very real phenomenon for colleges. For example, a C used to be the standard average grade, but now a B is considered average. Why is this?

One factor might be that professors are more vulnerable to student critiques in online forums and are sometimes forced to answer to angry parents if they give poor grades. The job of a professor can partially depend on how pleased his or her students are with the class, which is inevitably tied to what grades students get.

As college becomes more and more expensive, both students and parents expect high grades so they can feel as though they're getting their money's worth. This is also a likely reason for grade inflation, especially considering the disparity in average GPA between public and private colleges: according to GradeInflation.com, public schools have around a 3.1 average GPA, whereas private schools have around a 3.3 average GPA.

Grade inflation might also be happening because professors don't want to jeopardize students' future chances at grad school or job opportunities by doling out low grades in an academic environment that has now come to expect Bs as the norm.

However, telling you the overall average GPA across colleges and majors is somewhat meaningless as a statistic since GPAs vary so drastically by school and by major.

Many schools give students two different GPAs: a cumulative GPA that takes into account all their classes, and a major GPA that only includes classes that count toward their major. In the next few sections I'll get more specific about the average GPAs you can expect for different major fields and types of schools.

Science majors tend to have lower GPAs on average, with chemistry being the major with the lowest average GPA. Meanwhile, education majors earn the highest GPAs on average.

Why this disparity? Grade inflation is more rampant in non-STEM fields because assignments are usually more open to interpretation, and there aren't always clearly defined right or wrong answers. Professors tend to give students the benefit of the doubt due to the factors I mentioned previously (i.e., the impact of student evaluations, the expectations of high grades by students and parents, and professors being "too nice").

If a student gets a problem wrong or follows incorrect procedure in gathering data, it's clear that he or she will earn a lower grade. If the student doesn't write a clear enough thesis for an English paper, on the other hand, it's a more subjective situation.

The majors I've listed here come from a 2010 report by Dr. Kevin Rask of Wake Forest University. It's difficult to say what the average GPA for one major is when you're looking across a bunch of different schools. Each program is different, so the average GPA for these same majors at your college might be much higher or lower than indicated in the table.

Bonus: Curious about what the easiest college majors are? Read more here! 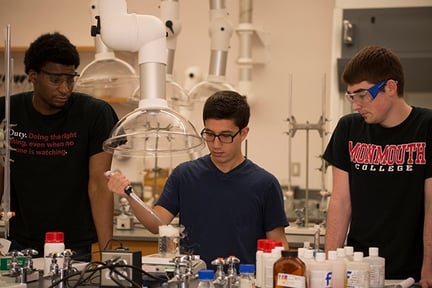 Chemistry is a tough subject (except when it's between u and me, baby).

Below, I've listed 10 schools for each category of selectivity (highly selective, selective, and less selective) and their average GPAs so you can get a sense of the distribution of college GPA. Here's what I mean by these levels of selectivity:

You'll notice that the most selective colleges have higher average undergraduate GPAs. This could be because they are more vulnerable to the factors I listed earlier that contribute to grade inflation. Moreover, because these colleges are admitting increasingly higher-achieving students, it's more difficult to set standards in classes that are high enough to prevent most people from earning As.

What Do Average College GPAs Mean for You?

Average college GPAs won't mean much for you if you're still in high school, but it's good to know how GPA works in college because it can impact your future career. If you end up going through a job recruiting process toward the end of college, your GPA will likely be one of the factors that is strongly considered by recruiters.

As I've said, however, GPA varies quite a bit across different schools and majors. Recruiters will be looking at how your GPA compares with that of other students at your school who are in the same field.

Overall, your experiences with projects and other jobs will carry more weight than will your GPA in most hiring decisions. It's safe to say that if your college GPA ends up being at least a 3.0, most employers won't be concerned with it.

Another matter to take into consideration is grad school. You'll have to be a little more serious about keeping your GPA up in college if you plan to go to grad school (especially if you have your sights set on law school or medical school). Grad programs want dedicated students who are passionate about the field of study they've chosen. A high college GPA in relation to your peers in the same field will demonstrate that you were able to consistently exceed expectations.

If grad school might be on the horizon for you, don't slack off during your freshman year of college! You should make sure your GPA is solid from the beginning so you don't mess up your plans later on (but also try and have fun sometimes because college is awesome). 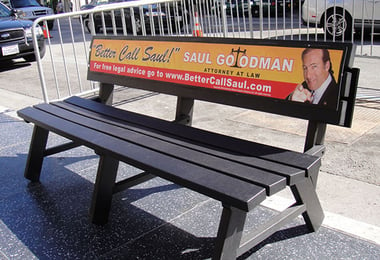 Let's face it, we all kind of want to be lawyers just so that we can be as cool as Saul Goodman

Figuring out the average college GPA is not as straightforward as you might assume it is. Because students take such different classes at a wide variety of institutions, it's difficult to compare one GPA directly with another if both students aren't attending the same college and taking similar classes.

Overall, college GPAs have risen in recent years due to grade inflation caused by a variety of factors, including the easier accessibility of professor reviews, parents' expectations of students' grades, and grad school competition.

Don't choose a major or a college because you think you're going to be able to get a higher GPA in that program. If you work hard in a field you truly enjoy, the good grades will most likely follow!

If you just want to start exploring what's out there in terms of college offerings, read our guide to the best college search websites and our breakdown of how long a bachelor's degree takes.

Aiming for the top schools? Learn how to get into Harvard and the Ivy League.