The 3 Steps to Convert Decimals to Fractions (and Back) 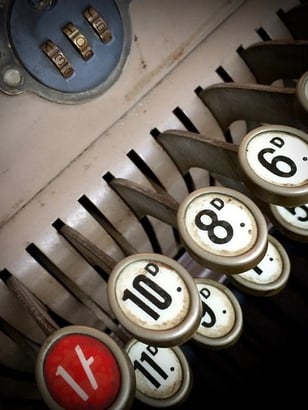 How to Convert Decimals to Fractions

How do you convert a decimal to a fraction? Any decimal, even complicated-looking ones, can be converted to a fraction; you just need to follow a few steps. Below we explain how to convert both terminating decimals and repeating decimals to fractions.

Converting a Terminating Decimal to a Fraction

A terminating decimal is any decimal that has a finite other of digits. In other words, it has an end. Examples include .5, .234, .864721, etc. Terminating decimals are the most common decimals you’ll see and, fortunately, they are also the easiest to convert to fractions.

Write the decimal divided by one.

Next, you want to multiply both the top and bottom of your new fraction by 10 for every digit to the left of the decimal point. 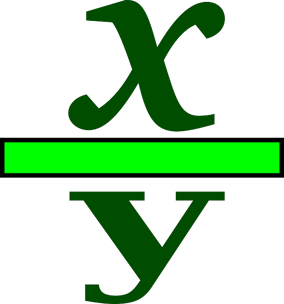 Converting a Repeating Decimal to a Fraction

A repeating decimal is one that has no end. Since you can’t keep writing or typing the decimal out forever, they are often written as a string of digits rounded off (.666666667) or with a bar above the repeating digit(s) $\ov {(.6)}$.

6 is the repeating digit, and the end of the decimal has been rounded up.

Multiply by whatever value of 10 you need to get the repeating digit(s) on the left side of the decimal.

For .6667, we know that 6 is the repeating digit. We want that six on the left side of the decimal, which means moving the decimal place over one spot. So we multiply both sides of the equation by (10 x 1) or 10.

Next we want to get an equation where the repeating digit is just to the right of the decimal.

This question is a bit trickier, but we’ll be doing the same steps that we did above. 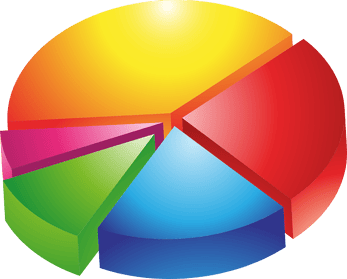 How to Convert Fractions to Decimals

The easiest way to convert a fraction to a decimal is just to use your calculator. The line between the numerator and denominator acts as a division line, so ${7}/{29}$ equals 7 divided by 29 or .241.

If you don’t have access to a calculator though, you can still convert fractions to decimals by using long division or getting the denominator to equal a multiple of 10. We explain both these methods in this section. 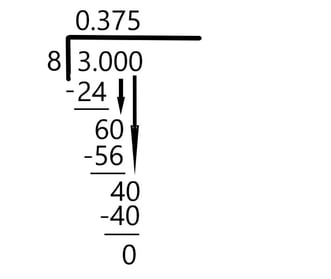 Denominator as a Value of 10 Method

Next we want to get the denominator to equal 1 so we can get rid of the fraction. We’ll do this by dividing each part of the fraction by 1000, which means moving the decimal over three places to the left.

Note that this method only works for a fraction with a denominator that can easily be multiplied to be a value of 10. However, there is a trick you can use to estimate the value of fractions you can’t convert using this method. Check out the example below.

Convert ⅔ to a decimal.

There is no number you can multiply 3 by to make it an exact multiple of 10, but you can get close.

So whenever you have a fraction whose denominator can’t easily be multiplied to a value of 10 (this will happen to all fractions that convert to repeating decimals), just get the denominator as close to a multiple of 10 as possible for a close estimate.

Below is a chart with common decimal to fraction conversions. You don’t need to memorize these, but knowing at least some of them off the top of your head will make it easy to do some common conversions. If you’re trying to convert a decimal or fraction and don’t have a calculator, you can also see which value in this chart the number is closest to so you can make an educated estimate of the conversion.

Summary: How to Make a Decimal Into a Fraction

If you’re trying to convert a fraction to decimal, the easiest way is just to use your calculator. If you don’t have one handy, you can use long division or get the denominator equal to a multiple of ten, then move the decimal place of the numerator over.

For quick estimates of decimal to fraction conversions (or vice versa), you can look at our chart of common conversions and see which is closest to your figure to get a ballpark idea of its conversion value.