The True Story of David Ghantt and the Loomis Fargo Heist 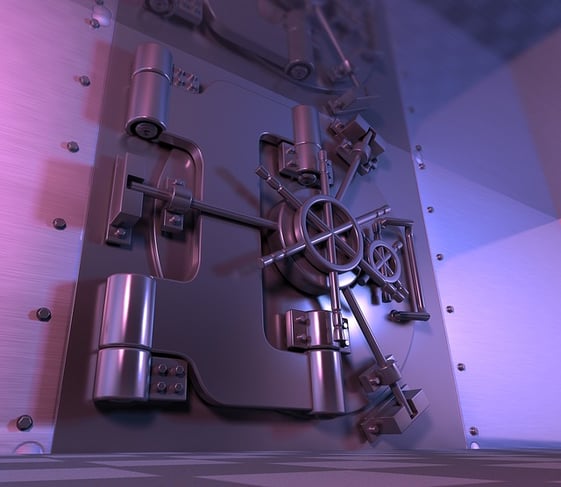 On the evening of October 4, 1997, one man loaded $17.3 million in cash from the vaults of Loomis, Fargo & Co. into the back of a van. When he was done, the man drove off to a nearby printing press, where the money was distributed into private vehicles amongst a handful of people.

Pocketing $50,000 for himself, that man, named David Ghantt, hopped into a car of his own and headed towards Mexico.

David Scott Ghantt was the vault supervisor at the regional branch of Loomis, Fargo & Co. in Charlotte, North Carolina. Before he decided to steal $17 million from the bank, Ghantt had worked for years as a relatively taciturn and compliant employee. Bubbling under the surface, however, was a deep frustration at the way he was treated.

Said Ghantt, “... one day life kinda slapped me in the face. I was working sometimes 75-80 hours a week at $8.15 an hour. I didn’t even have a real home life because I was never there. I was working all the time and unhappy… I felt cornered and one day the joking in the break room about robbing the place suddenly didn’t seem so far-fetched.”

Ghantt was joking in the breakroom with fellow Loomis Fargo employee Kelly Campbell. The two struck up a friendship during work that would continue after Campbell left the company.

The jokes between Ghantt and Campbell about their disgruntlement with their jobs took on a more serious note when Campbell introduced Ghantt to an old high school classmate of hers named Steve Chambers. According to Campbell, Chambers could help Ghantt execute a massive cash robbery of the vault at Loomis Fargo in one night.

Fed up, exhausted, and seeing a way out, Ghantt agreed.

Over the next months, Ghantt, Campbell, and Chambers developed a plan. Working by himself, Ghantt would commit the robbery and then flee for Mexico, leaving the bulk of the cash with Chambers. While Ghantt waited for the heat from the robbery to die down, Chambers would send Ghantt small amounts of money. Eventually, Ghantt would return to the United States and the full sum would be split up between the conspirators.

On the night of October 4, the plan went into action.

Ghantt sent home a new employee and quickly loaded the money into the back of a bank van. After meeting up with Chambers, Campbell, and some other co-conspirators, Ghantt hightailed it to Mexico with $50,000 in cash in his car. He made it across the border just as his deception was discovered. 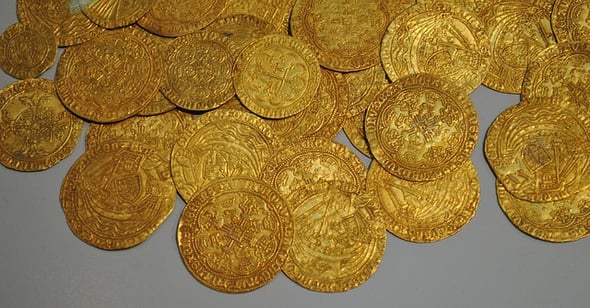 The morning after the height, employees of Loomis Fargo realized they couldn’t open the vault. They called the police, who brought in the FBI, classifying the heist as a bank robbery.

From the beginning, the FBI’s prime suspect was David Ghantt. Not only was Ghantt the only unaccounted for employee the morning after the heist, there was also footage of Ghantt moving the cash into the back of the Loomis Fargo van.

Two days after the heist, the FBI found the missing van with $3.3 million of cash left in it. Ghantt and his compatriots, it turns out, had underestimated how bulky money is. They left behind the cash they couldn’t fit in their cars.

The FBI quickly connected Ghantt to Campbell, who was a former Loomis Fargo employee. The connection to Chambers took more time.

Anonymous tips had the FBI monitoring Chambers’ calls. Eventually, Ghantt called in from Mexico, seeking more money, and the FBI officially recognized Chambers as a co-conspirator.

Chambers, it turned out, became the biggest source of evidence for the FBI. In addition to his phone calls with Ghantt, Chambers began extravagantly spending the money, even though the co-conspirators had agreed to lay low for a year or two.

Together with his wife, Chambers bought a new luxury home (upgrading from his mobile home), a BMW Z3, and some extravagant furnishings. Chambers’ wife, Michelle, bought a minivan in cash and began taking frequent trips to the bank to make deposits. While she made small deposits at first, she became more reckless, eventually making a deposit of thousands of dollars in cash, telling the teller not to worry: “It’s not drug money.”

No Honor Among Thieves

Across the border in Mexico, Ghantt was also living it up. He stayed at a luxury hotel and took scuba diving lesson. Having only brought $50,000 in cash, however, Ghantt soon found himself short on funds. When Ghantt called Chambers to have the latter wire him more money, Chambers sent just a few thousand dollars. As the FBI listened in to Chambers’ calls, they discovered that he was also planning to have Ghantt assassinated, hoping to keep all the money for himself. The FBI knew they needed to make their move.

On March 1, 1988, Mexican police arrested Ghantt at Playa del Carmen. The next day, the Chambers’, Campbell, and some other notable parties were arrested in Charlotte. Ten days later, the group was indicted for bank larceny and money laundering. Thirteen friends and family members were also charged with money laundering, as they had helped Ghantt, Chambers, Campbell, and the others deposit money illegally.

All of the defendants except for one pleaded guilty and accepted their sentences. Some of the friends and family members received parole, while Ghantt was sentenced to seven and a half years in prison. He completed his prison sentence in November 2006.

The Loomis Fargo heist became something of a media lightning rod. The details of the heist itself, coupled with the missteps the crew made after stealing the money, attracted the attention of writers and movie producers. A comedy film called Masterminds, based on the Loomis Fargo heist and starring Zach Galifianakis, Kristen Wiig, Owen Wilson, and Jason Sudeikis, was released in 2016.

Learning about US history? If so, check out some of these books on our AP History Exam reading list.

Did you know that the SAT offers subject exams, too? This article will teach you more about the SAT subject tests and help you decide whether you should take them.