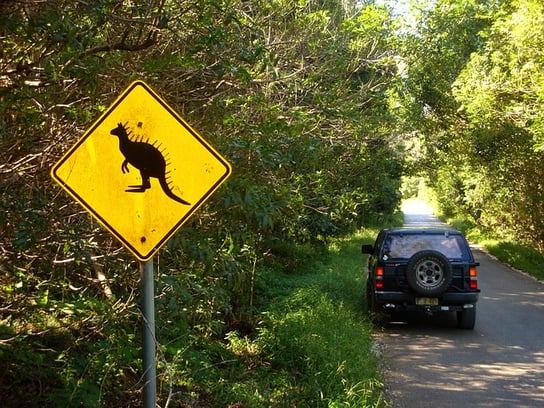 What Is a Dilophosaurus? The Basics About the Spitting Dinosaur

First discovered in 1942, the Dilophosaurus got its name from the distinctive crests that adorn its head. While scientists aren’t 100% sure what the crests were used for, it’s hypothesized they were used to signal other animals. Similarly, not all Dilophosaurus had the crest, so scientists think that the feature may have only been found in males.

Living during the early Jurassic period, the Dilophosaurus was lightweight, slender, and fast — though not as small and cute as Jurassic Park makes it look. In the movie, the dinosaur looks roughly the size of a golden retriever. In real life, the Dilophosaurus likely measured over 20 feet from head to tail.

More than that, there’s actually no evidence that any dinosaur ever used poison. So what made for a compelling scene was just movie magic, not grounded in science at all. 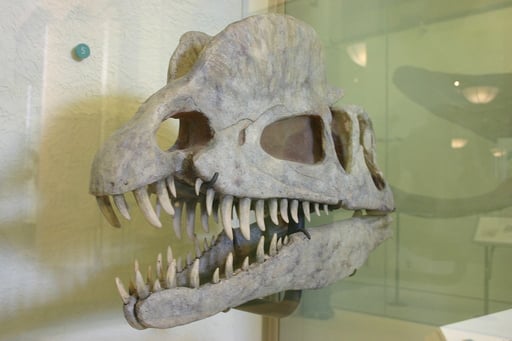 Now that we know that the Dilophosaurus didn’t really spit poison, here are some real Dilophosaurus facts you can share at your next dinosaur party.

#2: The Dilophosaurus Was Likely a Scavenger

#3: The Dilophosaurus May Have Been Warm-Blooded

Scientists think that the Dilophosaurus might have been warm-blooded. Traditionally, dinosaurs have been presumed cold-blooded, meaning that their bodies take on the temperature of their surroundings. There’s evidence, however, that creatures like the dilophosaurus (i.e., quick, predatory theropods) were warm-blooded, meaning they keep their body temperature constant (like humans).

Scientists aren’t sure on this fact, but they think it’s likely.

#4: The Dilophosaurus Likely Hunted in Packs

Another thing Jurassic Park got wrong about the Dilophosaurus: it wouldn’t have been alone. Scientists believe that the Dilophosaurus lived and hunted in packs, likely to make up for the fact that it was one of the smaller predatory dinosaurs.

#5: Scientists Don’t Quite Know to How to Classify the Dilophosaurus

There were tons of small-to-medium size dinosaurs like the Dilophosaurus roaming around the world during the early Jurassic period. Because of this, there isn’t a 100% consensus on the Dilophosaurus’ family origins: some scientists say it’s related to the Coelophysis; others, the Antarctic Crolophosaurus.

Dilophosaurus facts pop up in a number of pop culture places, the most famous of which is Jurassic Park. As we’ve already indicated, almost everything shown about the Dilophosaurus in Jurassic Park is wrong: it doesn’t spit poison, it’s bigger than a dog, and it hunts in packs.

Unfortunately, the inaccurate portrayal of the Dilophosaurus carries over to the popular video game Ark, which takes on many of the features attributed to the dilophosaurus Jurassic Park portrayal. In the video game, the spitting dinosaur also uses venom to paralyze its victims and has the distinctive decorative neck ridge.

The dilophosaurus Ark and Jurassic Park versions sound like cool dinosaurs, to be sure, but they're nothing like the real version of the dilophosaurus!

Getting ready to take the AP Biology exam? Grabbing a workbook or textbook might be your best bet. Here’s a curated list of the best AP Biology books to help you study harder and smarter.

If you’re feeling overwhelmed by the AP Biology exam, you’re not alone. There are lots of students who find this test tricky! That’s why we’ve put together a complete AP Biology review guide.

The best way to figure out if you’re prepared for the AP Biology test is to take a practice exam. Here’s a list of every AP Biology practice test available. And the best news? They’re free!