Do Colleges Accept ACT Takers as Much as SAT Takers? Is the ACT Disadvantaged?

The ACT is rising rapidly in popularity, but students and parents have a good question -- do colleges accept ACT tests as much as they accept SAT tests?  Do colleges mark you down for taking the ACT?

Parents of many students today may remember the SAT as being the only game in town.  When I first took the test as a young student in the 1990s, everyone took the SAT.  But in 2012, the ACT overtook the SAT as the top test.  In fact, these days the ACT has about 10% more takers than the SAT, and this number is climbing every year.

With this fact out of the way, the question still remains, is the ACT as legit as the SAT?  Will the same universities accept the ACT as the SAT?  And more subtely, are there disadvantages to taking the ACT?

The ACT is Accepted

In terms of pure acceptance, the ACT is accepted by all 4-year colleges.  This was true as early as 2007.  So you can rest easy knowing that if you take the ACT, you do not need to take the SAT to get into college.  In terms of nominal legitimacy, the ACT is equal to or even above the SAT.  Universities will accept ACT takers universally.

One reason that the ACT has more takers than the SAT is that the ACT has been aggressive in pressuring states to use the ACT as statewide tests.  That is, certain states like Kentucky require all students to take the ACT.  Some of these "forced takers" won't be applying to colleges, or won't be applying to the level of colleges you're planning to.  That means that the "real numbers" for the ACT may be a bit less than the official numbers.  In my opinion though, this issue is not serious, but still one to take note of.

In many spheres of life, just because something is accepted on paper, doesn't mean it's equal in practice.  For example, many colleges say the writing section is "optional but recommended" -- you should read this as "required" unless you're really exceptional.  Colleges say the ACT is accepted, but is it equal in practice?  In reality, since the ACT has been popular for a shorter period of time, admissions staff may not be as informed about what the scores mean.  They may understand the SAT math-verbal split, but have a hard time grasping what it means to be strong in science but weak in math on the ACT.

My belief, from speaking to many admissions committees directly and indirectly, is that this was more of a concern before 2010.  These days almost all colleges have substantial experience with both tests. There is no substantial bias against the ACT anymore, certainly officially, but also in practice.

Verdict: The ACT is every bit as accepted and legit as the SAT

Other Articles to Read:

Should you take the SAT or ACT?

Class of 2017: Consider Skipping the new SAT for the ACT? 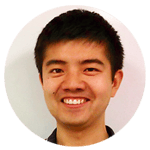