What Is Electrical Energy? Examples and Explanation 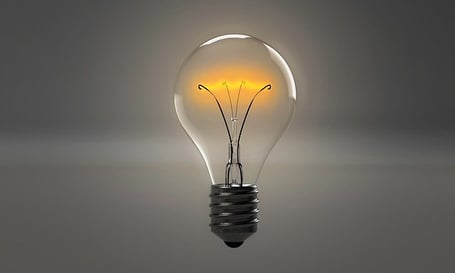 Electrical energy is an important concept that helps run the world as we know it. In the U.S. alone, the average family uses 10,649 kilowatthours (kWh) per year, which is enough electrical energy to brew over 120,000 pots of coffee!

But understanding what electrical energy is and how it works can be tricky. That’s why we’ve put together this article to help enlighten you! (Pardon our dad joke.)

Keep reading to learn all about electrical energy, including:

By the time you’re finished with this article, you’ll know the essentials of electrical energy and be able to see its influence all around you.

Danny Zuko's best subject was definitely physics...especially when it comes to the laws of attraction. #DadJoke (Meme/Me.Me)

This quick explainer video on electricity is a great primer on what electrical energy is and how it works.

How Does Electrical Energy Work?

If you’ve studied physics before, you might know that energy can be neither created nor destroyed. Although it might seem like the results of electrical energy come from nowhere, the energy in a bolt of lightning or a jogging session come from a series of changes at the molecular level. It all starts with atoms.

Atoms contain three main parts: neutrons, protons, and electrons. The nucleus, or the center of the atom, is made up of neutrons and protons. Electrons circle the nucleus in shells. The electron shells kind of look like rings or orbital paths that go around the nucleus. 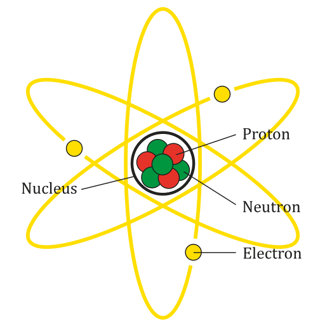 The number of shells an atom has depends on a lot of things, including the type of atom and whether it’s positively, negatively, or neutrally charged. But here’s the important bit when it comes to electrical energy: the electrons in the shell closest to the nucleus have a strong attraction to the nucleus, but that connection weakens as you move out to the outermost shell. The outermost shell of an atom is known as the valence shell...and the electrons in that shell are known as valence electrons!

Likewise, atoms that have an almost full valence shell (with six or seven valence electrons) are more likely to gain electrons in order to have a full octet. When an atom gains electrons to the point where electrons outnumber the atom’s protons, it becomes a negatively charged anion.

Regardless of whether an atom gains or loses electrons, the act of electron movement from one atom to another results in electrical energy. This electrical energy can be used in the form of electricity to do things like power the appliances in your house or run a pacemaker. But it can also be converted to other kinds of energy, like the thermal energy from a toaster that’s plugged into a wall.

According to Khan Academy, energy is defined as the measurement of an object’s ability to do work. In physics, “work” is the energy to an object in order to move an object As we talked about in the last section, electric energy comes from the movement of electrons between atoms, which creates a transfer of energy...also known as work. This work generates electric energy, which is measured in Joules.

Keep in mind that electric energy can be converted to all sorts of other kinds of energy, like the thermal energy from a toaster that’s plugged into a wall. That thermal energy creates heat which is what turns your bread into toast! So while electrical energy can become electricity, it doesn’t have to!

When the electron flow of electrical energy is channeled through a conductor, like a wire, it becomes electricity. This movement of an electric charge is called an electric current (and is measured in Watts). These currents, completed through electrical circuits, can power our TVs, stovetops, and much more, all because the electrical energy was directed towards producing a particular desired action, like lighting up the screen or boiling your water.

Is Electrical Energy Potential or Kinetic?

If you’ve studied energy before, you know that energy can fall into two different main categories: potential and kinetic. Potential energy is essentially stored energy. When atoms’ valence electrons are kept from jumping around, that atom is able to hold--and store--potential energy.

What Does Electrical Energy Have to Do With Magnetism?

You’ve probably played with a magnet at some point in your life, so you know that magnets are objects that can attract or repel other objects with a magnetic field.

But what you might not know is that magnetic fields are caused by a moving electrical charge. Magnets have poles, a north pole and a south pole (these are called dipoles). These poles are oppositely charged--so the north pole is positively charged, and the south pole is negatively charged.

Check out some hair-raising examples of electrical energy below. #AnotherDadJoke
(Gifbin/Giphy)

Example 1: A Balloon Stuck to Your Hair

If you’ve ever been to a birthday party, you’ve likely tried the trick where you rub a balloon on your head and to stick it to your hair. When you take the balloon away, your hair will float after the balloon, even while you hold it inches away from your head! Physics students know that this isn’t just magic…it’s static electricity.

Static electricity is one of the kinds of kinetic energy produced by electrical energy. Static electricity happens when two substances are held together by opposing forces. It is called “static” because the attraction holds the two objects together until electrons are allowed to move back to their original places. Using what we’ve learned so far, let’s take a closer look at how this trick works.

When you let go, the balloon is so attracted to your hair that it tries to hold itself in place. If you try to separate the attracted charges, your positively-charged hair will still try to stay attached to the negative balloon by floating upward using that kinetic electrical energy!

However, this attraction won’t last forever. Because the attraction between the balloon and your hair is relatively weak, the molecules of your hair and the balloon will each try to seek equilibrium by restoring their original numbers of electrons, eventually making them lose their charges as they gain or lose the electrons.

If you’re looking for good electrical examples of both potential and kinetic energy, look no further than the defibrillator. Defibrillators have saved thousands of lives by correcting irregular heartbeats in emergency situations like cardiac arrest. But how do they do it?

When these plates are placed at different locations on the body, it creates an electric bolt that jumps between the two plates. The potential energy becomes kinetic energy as the electrons from the positive plate rush to the negative plate. This bolt goes through the human heart and stops its electrical signals within the muscle with the hope that its irregular electrical pattern will restart to normal.

Defibrillators contain extremely powerful electrical energy, so be careful if you ever are around one!

Often placed in out-of-the-way places, wind turbines turn natural wind into energy that can be used to power our homes, technology, and more. But how does a turbine change something as seemingly non-electrical as the wind into usable, sustainable energy?

Because this movement is channeled through electricity conductors, specifically wires, this flow of charges can continue to larger electrical grids, like homes, neighborhoods, and even cities.

Example 4: Batteries in a Kids’ Toy

In the same way that a wind turbine converts one type of energy into another, a battery in a children’s toy converts energy in order to make the toy work. Batteries have two ends, a positive and a negative. It’s important to put the right ends into the right places in the toy, otherwise it won’t work.

The positive end can’t simply get to the negative end because of the acid that separates them in the battery’s interior. Instead, the electrons have to go through the entire toy’s circuitry to reach the negative end, allowing a baby doll to cry or a toy helicopter to fly.

When all the electrons on the positive end have reached equilibrium, there are no more electrons to go through the wiring, meaning that it’s time for new batteries!

While studying the basic electrical energy definition and principles are important, you’ll also need to know some formulas and equations as you continue exploring electrical energy. Many of these formulas use the same symbols to signify particular units.

We’ve included a table of some of the most common units of electrical energy for your reference, as well as what each unit means.

While there are many more units that you may need in your equations for electrical energy, this list should get you started! 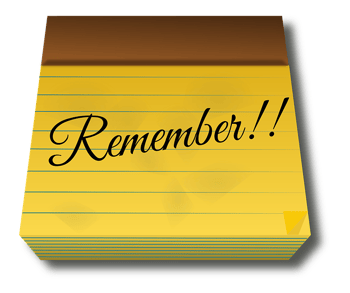 Conclusion: Here’s What to Remember About Electrical Energy

You’ve made it through your crash course on electrical energy, and now you’re ready to tackle any exam or course that will test your electrical physics knowledge. However, if you remember nothing else, keep these in mind in your next electrical energy lesson:

We hope you’ve been positively charged with all the information in this blog! Keep studying, and in no time, you’ll be an electrical energy pro.

Need a little extra help with your Physics formulas? Then this equations cheat sheet is exactly what you're looking for.

Are you thinking about taking more physics classes in high school? Taking AP Physics can help you deepen your scientific skills and earn you college credit. Learn more about AP Physics--and the differences between AP Physics 1, 2, and C--in this article.

If you're in IB Physics, we've got you covered, too. Here's a breakdown of the course syllabus, and here's our round-up of the best IB Physics study guides out there.