Where Is the Gulf of Mexico? 11 Facts You Should Know 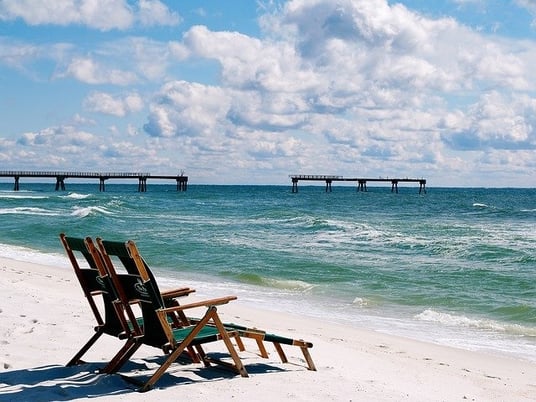 Not sure where the Gulf of Mexico is? Maybe you’re aware that it’s located along the Gulf coast but don’t know the exact boundaries, or maybe you’re trying to figure out if it’s part of the Atlantic Ocean or not. We’re here to help!

In this guide, we explain exactly where the Gulf of Mexico is and what its boundaries are, and we include a Gulf of Mexico map so you can see a visual of it. To complete your Gulf of Mexico knowledge, we also go over all the key information you should know about its physical geography and history. We end with some fun facts about the Gulf (spoiler alert: it’s home to a lot of sharks!).

Where Is the Gulf of Mexico?

Here’s a Gulf of Mexico map: 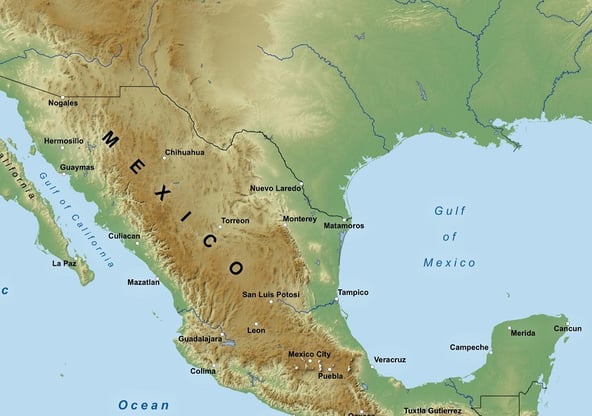 What Is the Physical Geography of the Gulf of Mexico?

Gulfs are large bodies of saltwater that can be navigated and are nearly surrounded by land. They connect a sea/ocean to a landmass and often have narrower openings than bays (although this isn’t a hard rule).

In geographic terms, the Gulf of Mexico is also an ocean basin. An ocean basin is simply any large area covered with seawater and located below sea level. All major bodies of saltwater, including the oceans, are ocean basins.

A Brief History of the Gulf of Mexico

The Gulf of Mexico was likely formed roughly 300 million years ago when part of the ocean floor gradually sank due to plate tectonics. The area then filled with seawater, forming the Gulf of Mexico.

Although Native Americans living in the region used the Gulf of Mexico for centuries as a source of food and building materials, the first European to explore the Gulf was Italian Amerigo Vespucci in 1497. Additional explorers, such as Francisco Hernández de Córdoba Pánfilo de Narváez later explored the area, often capturing and enslaving local people as they did so.

Over the centuries, people continued to use the Gulf of Mexico as a source of food and resources, as well as for navigation. Population along the Gulf coast exploded in the 1950s, and the rising number of people living along the Gulf resulted in increased pollution problems. Today, the most serious pollution threats to the Gulf of Mexico come from oil drilling and agricultural runoff. “Red tide” algae blooms in the Gulf have led to large die-offs of marine species, and the Gulf of Mexico is reported to contain one of the highest levels of microplastics in the world.

Due to the warm water temperatures in the Gulf of Mexico, hurricanes regularly form there. One of the most devastating was Hurricane Katrina, which formed in the Gulf of Mexico in 2005 and caused over 1,200 deaths and $125 billion in damage, mostly concentrated in New Orleans, Louisiana and surrounding areas.

The Gulf of Mexico has been a source of oil since 1938, when the first oil well was drilled there. It has grown to become one of the world’s most important offshore petroleum production sites, and about 17% of the US’s oil comes from there. On April 20, 2010, an explosion on the Deepwater Horizon platform caused the largest oil spill in history. Roughly 4.9 million barrels worth of oil spilled into the Gulf of Mexico, causing massive damage to marine, wildlife, and fishing habitats. It’s considered one of the worst natural disasters in history, and efforts to reverse some of the damage that was caused are still ongoing. Today, there are roughly 27,000 abandoned oil and gas wells underneath the Gulf. 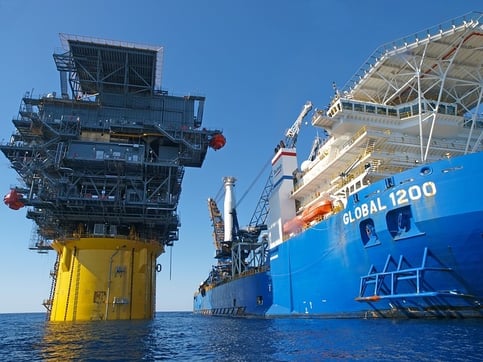 11 Interesting Facts About the Gulf of Mexico

Looking for more fun facts? We've gathered 113 of the most amazing facts you can use to impress anyone you meet.

Interested in early American history? Check out our guide on the 13 colonies for everything you need to know about the colonies and how the US came to be.

Transcendentalism was a key movement in 19th-century America, but many people still aren't sure what it was all about. Read our guide on transcendentalism for everything you need to know about key transcendentalist beliefs, an overview of the movement's history, and key players.