History of the SAT: Its Many Failures and Controversies 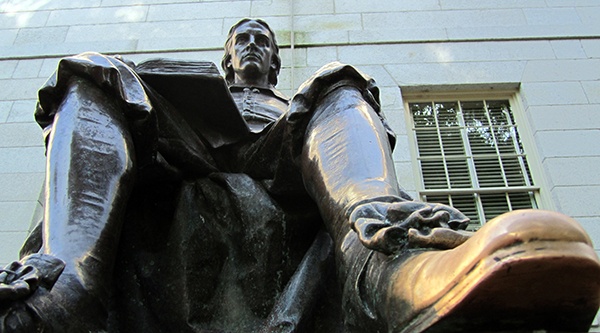 The SAT tends to be seen as an immutable barrier that all students must overcome before getting into college. But standardized testing is a business, and the College Board has its own motivations behind maintaining the status of the SAT as the definitive test for college readiness.

In this article I'll take a look at SAT history, its successes and failures, its motivations, and how it might evolve in the future.

A Brief History of the SAT

Believe it or not, the original SAT was adapted from an intelligence test used to screen recruits for the US Army during the First World War. This original test was called the “Army Alpha”, and it was the first mass-administered IQ test. A psychologist and Princeton professor named Carl Brigham who helped develop the Army Alpha adapted it for use in college admissions after the war as the SAT.

The first SAT was administered to a few thousand college applicants in 1926. It was 90 minutes long, and it consisted of 315 questions testing vocabulary and basic math.

But the SAT only really blew up when Harvard (of course) showed interest in using it as a means to assess scholarship applicants. In 1933, Harvard President James Conant started a scholarship for academically gifted young men who didn’t come from the hoity toity Eastern boarding schools that usually funneled people into Harvard.

Conant needed to find a standardized test that he could use to reliably evaluate candidates, so the assistant dean at Harvard, Henry Chauncey, was tasked with figuring out what to use. Chauncey met Carl Brigham and recommended that Harvard use the SAT. Conant liked the SAT as a screening tool because he thought it measured pure intelligence regardless of high school education.

Thus began the era of widespread SAT Testing. In 1938, Chauncey convinced the schools of the College Board (an organization founded in 1900 by the presidents of the top 12 American universities to administer admissions tests) to use the SAT as a test for scholarship applicants, but not regular applicants yet.

By 1942, the SAT had become the standard test for all applicants. The SAT was administered to over 300,000 people across the country in 1944. The test remained pretty much unchanged until 2005 when the College Board added the writing section (raising the highest possible score from 1600 to 2400) and renamed the verbal reasoning section "critical reading".

Successes and Failures in SAT History

The SAT has been a contentious topic for years now. Is it really a fair way of judging college applicants?

Standardized tests like the SAT cast light on systemic problems in our society that have lead to cycles of poverty and sub-par education. Many people would argue that the SAT contributes to these cycles, and this is true in certain respects.

The SAT helps to perpetuate the myth of the American meritocracy, meaning the smartest, most well-qualified people will always rise to the top regardless of their original starting point (clearly false). It's used as an admission ticket to the upper class, and with enough tutoring that ticket can pretty much be purchased outright.

On the flipside, the SAT has also given gifted people from less privileged backgrounds the opportunity to attain higher education at previously closed-off elite institutions.

Failures of the SAT

Despite Conant’s original belief that the SAT could objectively measure intelligence, this has proven to be far from the case. Many poor and minority students are put at a disadvantage by the test.

If you don’t go to a good high school and don’t have the tools in terms of vocabulary, reasoning skills, or math background, it’s going to be really, really hard to get a great score no matter how “smart” you are.

Whereas kids who go to private (or pseudo-private) high schools where everyone gets individual attention and every home comes with a built-in parental helipad are going to have a huge advantage.

Beyond these large systemic problems, the College Board has also faced a string of scandals recently, ranging from widespread cheating in Asia to misprints on the June 6th, 2015 test that led to cancellation of the affected sections. In contrast, the ACT has had a relatively quiet history with infrequent scandals.

Successes of the SAT

If you go to a bad high school but you manage to do exceptionally well on the SAT, your scores can give you access to great opportunities that might otherwise have been out of reach. Without the SAT, it would also be much more difficult for colleges to make admissions decisions, which is why it is still seen as a necessary step in the college application process.

The 2016 redesign seems to be a genuine effort at making the test fairer for everyone. Whether it will accomplish this goal is dubious. It's important to remember that the SAT is something that sits on top of a lot of other problems in the American educational system, and to a large extent it is at the mercy of those problems.

What is the goal of the all-knowing, all-seeing entity that is the College Board? What drives the continued existence of the SAT as a primary tool in college admissions?

Officially, the College Board is a non-profit, but the facts call this into question. Its president was compensated almost $900,000 per year as of 2010 - that’s more than the president of Harvard. The College Board generated $759 million in revenue in 2012. It also sells test prep materials, thereby creating a cycle of even more revenue for itself. 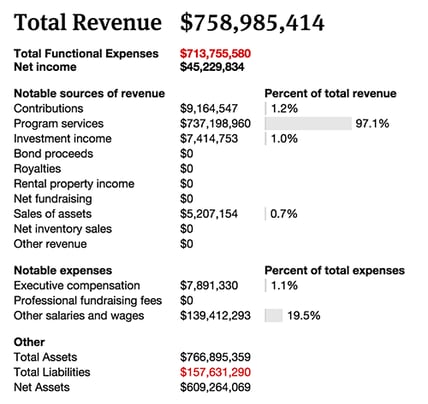 The College Board wants to get as many people to take the SAT and other tests (AP) that it oversees as possible. This is part of the rationale behind the SAT redesign - the ACT recently overtook the SAT as the most popular standardized testing choice.

Colleges have also started to eliminate the SAT as a requirement after studies indicating that it doesn’t act as a great predictor of future success or college graduation rates (high school grades are a much better indicator) and is a barrier to intelligent students who are less privileged. The impetus behind the new SAT is to preserve the test’s image as the definitive indicator of college readiness, and thus preserve the College Board’s market share and profits. 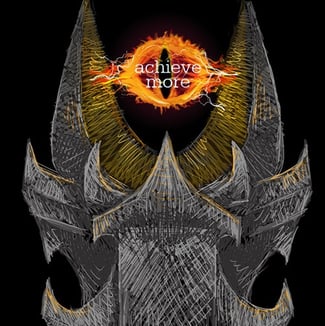 SAT results can only be destroyed in the fires of Mount Doom (Mount Doom Community College - you haven't heard of it? It has a great welding program.)

The Future of the SAT

As you may know, the redesigned SAT will be available to test-takers starting in 2016. It remains to be seen whether the changes will make any significant difference in the clear disadvantages the current SAT presents to lower income and minority students.

This article outlines what you should expect to see on the new SAT. One major overall difference will be more focus on logical reasoning skills in context rather than in isolation. This means less questions that essentially just ask for the definition of a word or whether a single sentence is grammatically correct and more questions that rely on the larger narratives of surrounding passages. This could help intelligent students who don’t have the best educational background still do well on the test.

There will also be fewer “tricky” questions and more consistent test content. Overall there is a move toward more straightforwardness.

Educational ideology seems to be headed in the direction of greater sensitivity to the disadvantages that people face and stronger efforts at combating those disadvantages. Even with all its flaws, it’s likely that some form of the SAT will be around for a while because it’s such a convenient way to evaluate college applicants.

Hopefully standardized tests will continue to evolve along with our educational system so they can get closer to providing the opportunities they purport to offer for the people who need them most.

If you're still curious about the new SAT, read about how to study for it and whether you should take it.

Alternatively, if you would like to read about embarrassing things the College Board has done, learn about this mistake they made and what you should do if you encounter unacceptable testing conditions during your exam.

Our program is entirely online, and it customizes your prep program to your strengths and weaknesses. We also feature thousands of practice questions, 10 official SAT practice tests, and personal feedback on your essays from an expert instructor.