How Does the Executive Branch Check the Judicial Branch? 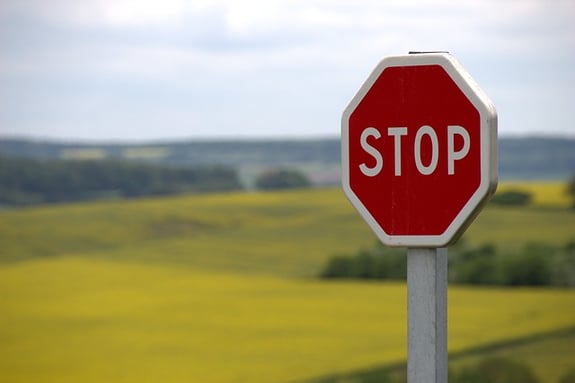 One of the key components of this is the checks and balances system, which is where each branch of government checks--or limits--the power of the others. And unfortunately, understanding how those checks work can be a little confusing.

That’s where this article comes in. Today, we’re going to investigate how the executive branch of the U.S. government checks the judicial branch. To do this, we’ll:

So let’s get started! 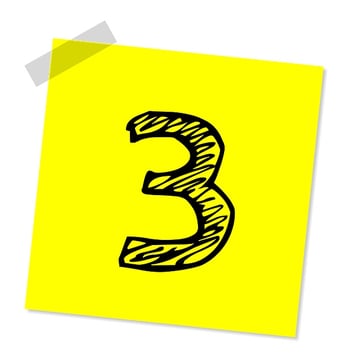 The Three Branches of the United States Government

When the United States was founded in 1776, the federal government--or the government that governs all the states collectively--was split into three branches with equal power: the executive branch, the judicial branch, and the legislative branch.

The idea behind splitting the government into three separate pieces was to make sure no one area of government held too much power. Remember: the United States broke away from England for many complex reasons, but a major factor was how much power the English government had over the original thirteen colonies.

It’s no surprise, then, that the founding fathers were concerned about making sure that the federal government of the United States didn’t become as big and powerful as the English monarchy. Their solution was to create a three-part governing system where each branch could limit the power of the others.

This is called a checks and balances system, which you can learn more about in our complete guide.

For this article, though, let’s take a closer look at two of the three branches of U.S. government and see how the executive branch can check the judicial branch. 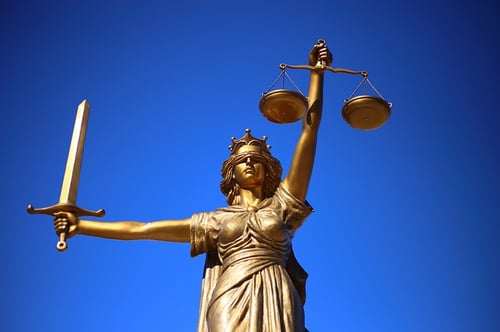 The Judicial Branch: Definition and Explanation

The judicial branch of the federal government is tasked with interpreting the laws, including Constitutional laws, which are created by the legislative branch. This happens through the court system, where attorneys bring cases before a judge (and sometimes jury). When a judge makes a ruling on a case, they are actually interpreting the law. That means they’re reading the laws and determining whether a defendant has actually broken them or not.

In some federal cases, judges are actually evaluating the laws themselves to determine if they’re in violation of the constitution! For instance, in the famous case of Brown v. the Board of Education, the U.S. Supreme Court ruled that laws requiring the racial segregation of schools were unconstitutional.

While the U.S. judicial system is vast--there are both state and federal courts, each with different organizational hierarchies--they both operate under the Supreme Court of the United States (or SCOTUS). Understanding what the Supreme Court is and how it operates is key to understanding how the executive branch can check the power of the judicial branch.

You may have heard of the Supreme Court referred to as “the highest court in the land.” That’s because it’s the only part of the judicial branch that’s specifically required by the Constitution, though Congress determines the number of justices that serve as part of the Supreme Court. Currently, the court has nine justices, including one Chief Justice.

The Supreme Court serves as the final say on all laws in the United States, and it also rules on Constitutional issues, too. The rulings of the Supreme Court directly affect how laws are interpreted, enacted, and upheld across the United States. Some of the most famous court rulings have done things like guarantee defendants the right to an attorney, legalized same-sex marriage, and invalidated laws preventing interracial marriages.

So how does someone become a Supreme Court justice? (This is actually pretty important to understanding the executive-judicial checks and balances system.) First, they have to be nominated by the President, or the executive branch of government. The nominee then has to be approved by the majority vote of the Senate, which is a part of the legislative branch of government. Once appointed, justices serve on the court for the rest of their lives or until they voluntarily retire. 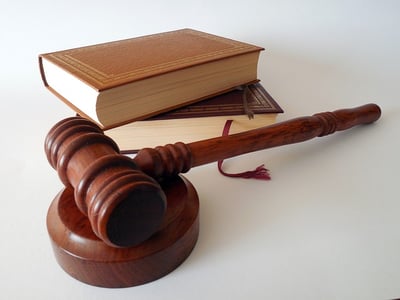 When a federal case goes to trial, it is heard in a U.S. District Court. That’s where prosecutors and defendants call witnesses to the stand, provide evidence, and try to prove their cases. After both sides present their cases, a judge or a jury decides whether the defendant is guilty or not guilty.

The appellate court is an important part of the federal court system, and it helps ensure that people receive fair trials. And just like Supreme Court justices, federal judges--including the appellate court judges--are appointed by the President of the United States. 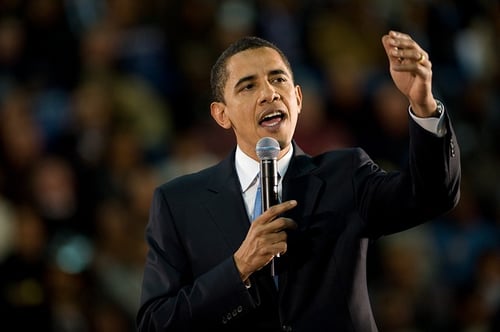 The Executive Branch: Definition and Explanation

The executive branch is split into three major groups. The first is the presidency, which we’ll talk about in more depth in just a second. The second group is the U.S. Cabinet, which is a set of advisors appointed by the President to help guide him on issues facing different sectors of the United States. The cabinet is comprised of the Vice President and the heads of the 15 major federal agencies.

The third group of the executive branch are the federal agencies themselves, which help enforce laws in different legal and economic areas of the United States. For example, the Department of Labor oversees the American workforce, which includes making sure work environments adhere to federal laws (OSHA) and administering federal disability programs for people who are injured and/or no longer able to work (OWCP).

But because the President is the head of the executive branch, it gives them the most power to check the judicial branch. So let’s take a quick look at the powers of the United States presidency.


The role that matters most in terms of the executive branch checking the judicial branch is Chief Administrator because it gives them the power to appoint judges to long-serving positions in the justice system. 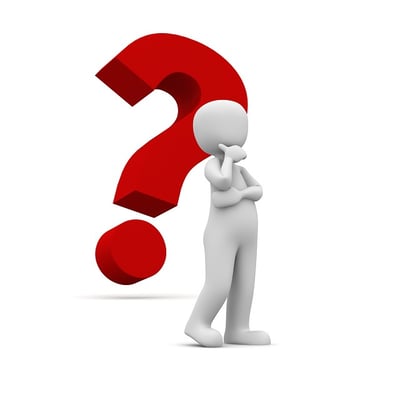 How Does the Executive Branch Check the Judicial Branch?

After reading the sections above, you’ve probably realized that the executive branch and judicial branch overlap...which is how the branches check each other’s power.

Since the judicial branch’s job is to interpret laws, they are constantly weighing in on laws signed into effect by the President (through their executive powers). Additionally, the judicial branch makes sure that the U.S. Constitution isn’t being violated. That means that members and departments of the executive branch--including the President--can be sued for violating their constitutional authority.

For instance, when President Trump declared a state of national emergency to try and fund the building of a border wall, a watchdog group named Public Citizen filed a lawsuit against him. Their suit alleges that President Trump’s actions are unconstitutional, and now it’s the judicial system’s job to determine whether that’s true or not. If they rule against President Trump, it will serve as a check on his executive powers. 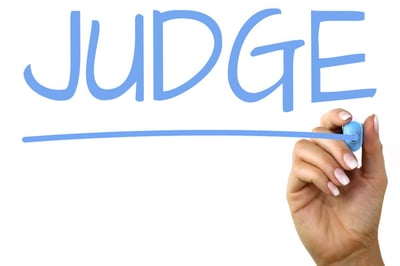 It might seem as if the judicial branch has all the power over the executive branch. But that isn’t the case!

That’s because all federal judgeships are life terms, which means that once a judge is appointed, they serve in their position until a) they retire or b) they are impeached and removed from office due to misconduct. Once a judge leaves office, it’s the President’s job to appoint their replacement. That can really add up--for example, over the course of his presidency, former President Barack Obama appointed 334 judges, including two Supreme Court justices.

Federal judges are an important part of the judicial process because they have the power of judicial review, which is the authority to interpret the Constitution. When a judge rules on a constitutional issue, their decision becomes legal precedent. Their ruling will now serve as the standard by which similar cases are judged. In fact, once a precedent is set, it’s uncommon for a court to rule against it.

When Presidents appoint federal judges, they often consider both a judge’s pedigree--or their qualifications--along with their position on key political issues. Often, Presidents appoint judges that share their ideas about how laws should work. This helps keep the judiciary in check, especially given that no party has ever held presidential power in the United States for more than 28 years (the Democratic-Republican Party held the presidency from 1801 to 1829).

So how does this check judicial power? It means that Presidents can influence the political leanings of the federal court, and since judges serve a lifetime appointment, they can continue to impact the judiciary process long after a President steps down. For example, Judge George C. Young was appointed as a federal trial judge by President John F. Kennedy in 1961...and he served in office until 2015! 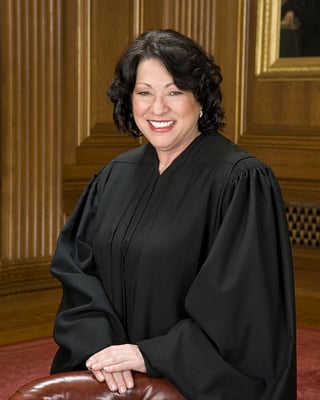 The President’s ability to appoint federal judges is especially critical when it comes to the Supreme Court. The Supreme Court only hears around 100 to 150 cases a year, but those cases change the ways laws are implemented across the country. For example, the Supreme Court’s ruling on Roe v. Wade in 1973 which made first- and second-trimester abortions legal in all 50 states. That ruling still stands and dictates law today, despite abortion being a hot-button political issue. 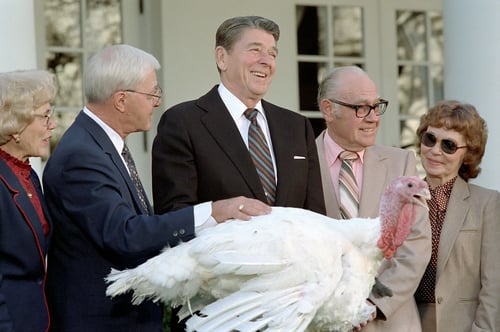 Every Thanksgiving, the President pardons a turkey. The President also has the power to pardon people, too.

The last way that the executive branch checks the judicial branch is through the power of the pardon. Executive branch officials like state governors and the United States President can overturn convictions by the court. This only counts in cases where the criminal committed a crime against the state (in the case of a Governor’s pardon) or against the United States (in the case of a Presidential pardon).

When a criminal is pardoned, their conviction is completely overturned and their record is expunged. That means it’s as if the crime was never committed in the first place! This allows the executive branch to check the judicial branch by ensuring that the judicial branch isn’t using its power unfairly.

A good example of how the pardon power checks the judicial branch is the case of Patty Hearst. Patty Hearst was convicted and sentenced to two years in prison for robbing a bank in 1974. But Hearst was also suffering from Stockholm Syndrome. She had been kidnapped and brainwashed by a militant organization months before the bank robbery. In 2001, President Bill Clinton granted her a full pardon, which absolved Hearst from any legal wrongdoing. 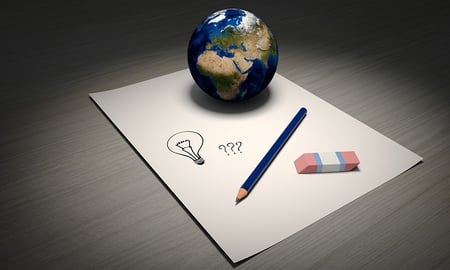 Not sure what to study? No problem. Here’s a compilation of the best AP U.S. Government notes to get you started.

The AP U.S. Government exam has a section called the free response questions, or FRQs. They’re essentially short essay responses to prompts, and for many students, they’re one of the trickiest parts of the test. That’s why we’ve broken down how to answer them and earn top marks in our FRQ guide!