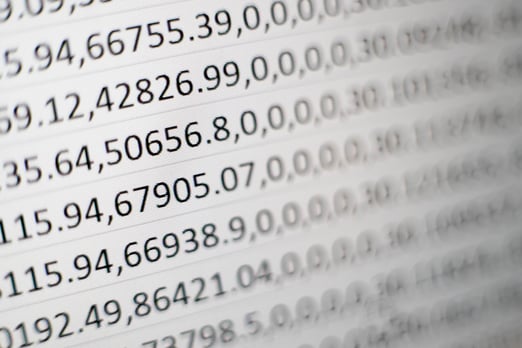 Whether you’re planning on coming in to a substantial fortune or just looking to master your ability to count zeroes, this article will explain the million to billion difference and give you charts to help you easily calculate.

How Many Millions in a Billion: Quick Answer

If you’re looking to go from million to billion, you’ll need to multiply by 1,000. In other words, there are 1,000 millions in a billion.

How Many Billions in a Trillion: Quick Answer

How Many Millions in a Billion: Charts for Reference

Million to Billion to Trillion: Comparison

When you’re dealing with numbers as big as one million, one billion, or one trillion, it can be hard to conceptualize exactly how big each number is. Let’s put them into more of a context:

One million is one thousand thousand. If you stacked one million pennies on top of each other, the tower would be about a mile high. If you divided one million dollars between everyone in the United States, each person would get about ⅓ of one cent.

One billion is one thousand millions. If you stacked one billion pennies on top of each other, the tower would be about 870 miles high. If you divided one billion dollars between everyone in the United States, each person would get about $3.33.

One trillion is one thousand billions. If you stacked one trillion pennies on top of each other, the tower would be about 870,000 miles high … which means it would reach to the moon and back and back to the moon again. If you divided one trillion dollars between everyone in the United States, each person would get about $3,000.

Let’s hope the world’s first trillionaire is a generous person!

Want to brush up on any of your math topics ahead of the ACT? Check out our individual math guides to get the walk-through on each and every topic on the ACT Math test.

Running out of time on the ACT Math section? Our guide will help you learn how to beat the clock and maximize your ACT Math score.

Running out of time on the SAT Math section? Look no further than our guide to help you beat the clock and maximize your SAT Math score.