How to Get Into West Point: 3 Key Tips 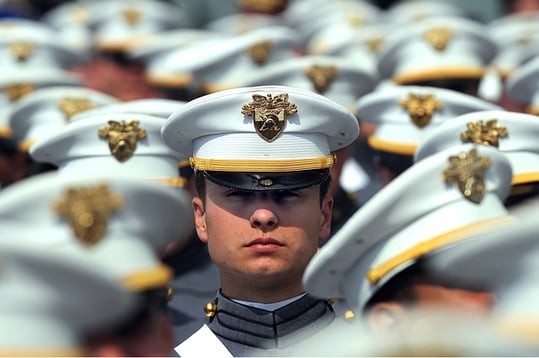 West Point is one of the most prestigious universities in the country and is extremely competitive to get into. It also has an in-depth application process with some unique requirements that you won't see at non-military colleges and universities.

In this article, we'll cover exactly how to get into West Point, from the test scores you should aim for to the logistical requirements of your application.

How Hard Is It to Get Into West Point?

When you're applying to a highly selective school like West Point, you need to make sure your application is as perfect as possible so that you stand out from the crowd. The vast majority of West Point applicants will be highly qualified—you need to be even more so.

Your SAT/ACT scores, grades, recommendations, essays, and extracurricular activities are all super important parts of your West Point application. You need to have high marks across the board to be a competitive applicant.

What Is West Point Looking For in Its Students?

You can learn a lot about what a college or university is looking for in its students by looking at its mission. Let's take a look at West Point's mission:

The United States Military Academy's mission is to educate, train and inspire the Corps of Cadets so that each graduate is a commissioned leader of character committed to the values of Duty, Honor, Country and prepared for a career of professional excellence and service to the nation as an officer in the United States Army.

West Point has a unique mission among colleges and universities: it's not only trying to educate students at the highest levels possible, it's also preparing students to serve in the United States military after graduation.

Academic Prowess: West Point trains officers in the US military who will go on to lead people in challenging situations. West Point wants the best and the brightest for its students.

Leadership Potential: Being involved in the military requires a strong character and spirit of service. West Point looks for applicants that have demonstrated a selfless desire to help others. 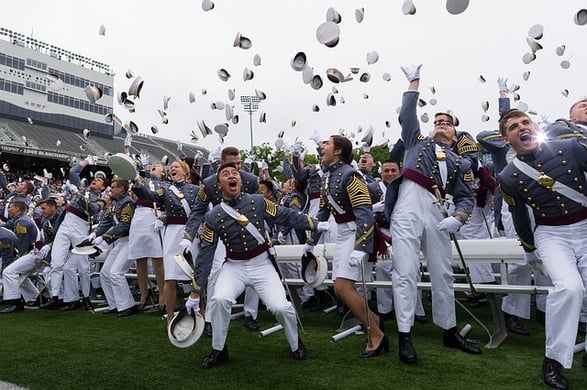 Can You Apply to West Point Early?

West Point doesn't have an early action or early decision deadline. Every applicant has to abide by the January 31 regular admission deadline.

All West Point applicants must meet the following personal qualifications before applying:

West Point provides a candidate questionnaire if you have any questions about your eligibility based on these requirements. In addition, all applicants must have a Social Security number at the time of their application.

The following applicants have what are known as service-connected nominations, which means that the applicant has a connection to someone in the US military.

There are specific requirements to being service-connected, so make sure you check them out on West Point's website.

West Point applicants are also required to submit the following: 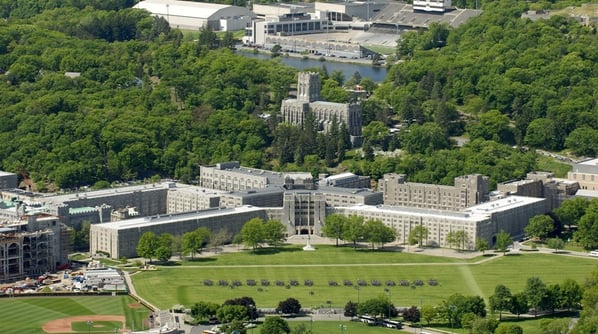 What GPA Do I Need to Get Into West Point?

West Point is very competitive to get accepted to. West Point only accepts 10 students out of every 100 applicants, which means that you need to have a stellar application to be considered.

One of the most important factors on your application is your GPA. While West Point doesn't have a minimum GPA requirement, you can look at the average accepted GPA of West Point students to see what you need.

That means you'll need mainly A's (you can have a few B's peppered in) to achieve this GPA.

Since West Point values the academic preparedness of its applicants, you can also demonstrate how serious you are as a student by taking AP, IB, honors, or other advanced classes.

If your grades aren't perfect, you can compensate with high standardized test scores.

What Test Scores Do I Need to Get Into West Point?

The average SAT composite score for West Point admitted applicants is 1340 (on the 1600 point scale).

West Point does something known as "Highest Section" scoring. That means they consider your highest scores on each section.

That means it's in your best interest to take the SAT at least twice before applying to West Point—you can't hurt your score by going down the second time you take the test.

The average ACT score for West Point admitted applicants is 30. West Point doesn't indicate whether it also takes your highest score on each section for the ACT, or if it will just take your score from the best sitting of the exam.

You're also required to take the writing section on both the SAT and ACT.

How to Write Your West Point Application Essays

West Point requires that you submit an essay as part of your statement. The essay topic changes yearly and you only get access to the prompt after confirming your eligibility via birthdate and Social Security number, so I can't offer specific information on the prompt for this year.

However, you'll likely also have to write an essay as part of the nomination process so that your representative, senator, or the Vice President can get to know you.

While there's no specific formula for what you need to write to get nominated by your congressional representative, successful essays typically do the following:

#1: Clearly Demonstrate Interest in West Point and the US military

Deciding to go to West Point is a big choice—one that will affect the rest of your life, even beyond graduation. Your essay should indicate why you want to make a commitment to West Point and the military. You need to have clear, compelling reasons.

#2: Highlight Your Qualifications for Going to West Point

It's extremely competitive to get into West Point. Your representatives will be asked to write multiple letters on behalf of multiple applicants, so it's important to present your best self in your essays. You need to show why you deserve their recommendation. Your representative won't have your full West Point application, so you'll need to highlight your academic and extracurricular qualifications to them.

#3: Write Clearly and Double-Check for Errors

It should go without saying, but your letters should be well-written and error-free. Ask someone to proofread your work and get (at least) a second opinion on the content, so you can be sure you're making a compelling case for why you need a letter of recommendation. 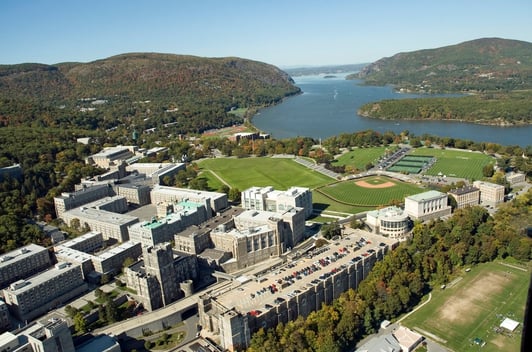 3 Tips for How to Get Into West Point

Getting into West Point is difficult, but not impossible. Here are some tips for successfully being accepted at the US Military Academy.

West Point has unique application requirements, including a nomination from an important political representative. You need to build in time to reach out to these representatives and establish a relationship before submitting your application.

You also have to pass a physical fitness test in addition to other application requirements, such as taking the SAT or ACT and writing your West Point essay.

Because the application process is particularly demanding, West Point recommends that students start their applications as early as possible—often, mid-way through their junior year. If you wait too long, you won't be able to get all of the application pieces together in time.

West Point has unique application requirements. If you're missing any one of them, your application won't even be considered.

Make sure you familiarize yourself with these requirements before submitting. Otherwise, you'll waste your time.

#3: Demonstrate Why West Point Is Right For You

West Point is not like most other colleges and universities. You need to prove that it's the right opportunity for you, which means thinking about more than just the stellar education you'll receive. You need to show that being a part of the military is something important to you, too, and that you're committed to this career path.

Recap: How to Get Into West Point

West Point is one of the most competitive schools in the United States to get into. In order to be accepted, you need to have strong academics, high test scores, and stellar recommendations from many people, including your member of Congress or US senator.

Start on your West Point application early, put effort into it, and you'll be on the right track.

Thinking about college? Read our guides to developing a target ACTorSAT score to get into your target colleges.

Read our guides to learn more about AP tests, such as how long they are and how can you deal with exhaustion.

Have you taken the ACT or SAT yet? Not sure which one you'll do best on? Read our guide to choose the test that's right for you.