Is Gatsby Great? Analyzing the Title of The Great Gatsby 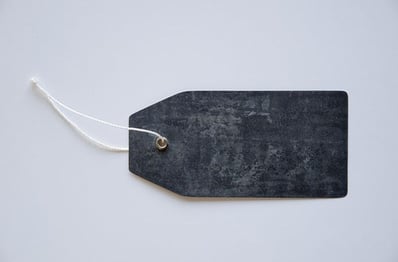 Most often, your first sense of a book is your reaction to its title. The best titles make novels sound mysterious, exciting, or interesting, attracting readers. Well-chosen titles also give readers a sense of what they can expect to find within the pages of the book.

At the same time, a title is usually an author’s way of declaring what is and isn’t important in the book. A title can reflect a work’s theme or focus, pointing out the right frame of mind for reading.

So how does the title of The Great Gatsby work? What is it showing us about the book that we are about to read - and how does our understanding of the title shift as we make our way through the story? Is Gatsby really great?

In this article, I’ll dissect the different meanings of this title and explain the other titles that Fitzgerald was considering when he was writing the book.

What Can We Learn From The Title of The Great Gatsby?

In order to really explore the ways that this title reflects the novel, let’s first cut it into its parts, and then consider them back to front.

The Title Features the Name of a Character

Usually, when a novel is titled with the name of one of the characters, that either means that we’re about to read a biography or that the named person is the main character (for instance, Jane Austen’s Emma or J.K. Rowling's Harry Potter).

So, here, the fact that “Gatsby” is in the title shows us that the focus of the story will be on him. In this case, this focus goes both ways. The novel is biographical, meaning, the novel is the story of Gatsby’s life. But also, Gatsby is, in fact, the protagonist of the story. It’s helpful for the title to show us this, since in this book the first-person narrator turns out not to be the main character.

Now let’s investigate four possible readings of the second part of the title, which all depend on the meaning of the word “great.”

This version takes “great” as a straightforward compliment, meaning “wonderful.” In this version, Gatsby is great because he is the richest, coolest, handsomest dude, who drives the best car and throws the most banging parties. In this take, the title means total admiration: Gatsby is nothing but greatness. This reading of the title applies best in the beginning of the novel, when Gatsby is all mysterious rumors, swirling success, and unimaginable luxury, and when Nick is in his thrall.

On the other hand, we could be dealing with the “oh, that’s just great.” version of this word. As we - and the novel’s characters - learn more about Gatsby, the initial fascination with him turns into disappointment. In this reading, the “great” turns bitter. In reality, Gatsby’s money comes from crime. His parties, house, and material wealth don’t make him happy. He’s a moral bankrupt who is chasing after a married woman. And he hates his real self and has created a whole new fake persona to live out a teenage fantasy. This reading of the title works when Gatsby seems like a sad, shallow shell of “greatness” – he’s like a celebrity brand with no there there.

Another possibility is that “great” here means “intense and grand.” After all, even though Gatsby is a hollow shell of a man who’s propped up by laundered money, Nick firmly believes that he stands head and shoulders above the old money set because everything Gatsby does, he does for the truest of true love. Nick, who starts out being on the fence about Gatsby, comes to think of his love for Daisy as something that elevates Gatsby. For Nick, this love marks Gatsby as the only one who matters of all the people he met during that summer ("They're a rotten crowd....You're worth the whole damn bunch put together" (8.45)).

The final possibility is that this “great” sounds like the stage name of a magician (like “The Great Cardini,” master card illusionist). This version of Gatsby is also completely fitting: after all, he literally transforms into a totally different man during the course of his life. And, it wouldn’t be the last time that the novel was interested in the way Gatsby is able to create a spectacle, or the way he seems to be acting on a stage rather than actually living. For example, Nick says Gatsby reminds him of a “turbaned ‘character’ leaking sawdust at every pore” (4.31), while one of Gatsby’s guests compares him to David Belasco, a famous theater producer (3.50).

The Title Is a Timeline

So which of these versions is the correct one? All of them. One of the interesting things about this novel is that the title’s meaning shifts depending on how far we’ve read, or how much time we’ve spent reflecting on what we’ve read, or what we ultimately choose to believe about Gatsby’s motivations and driving ambition. Which version of the “great” Gatsby appeals to you? 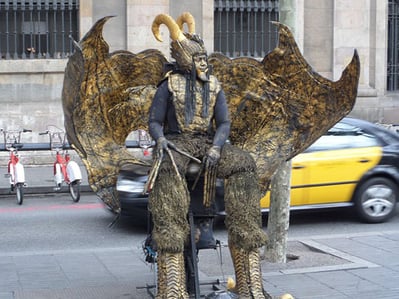 Did you know that Fitzgerald actually was not a huge fan of the title The Great Gatsby? It was pushed on him by Max Perkins, his editor, who was facing a deadline (and probably by his wife Zelda as well).

Fitzgerald had a list of titles he actually preferred to this one, and each of them reveals something about the novel, or at least about Fitzgerald’s sense of what the novel he wrote was all about.

Unlike the actual title the novel ended up with, the alternate titles vary in how zoomed in they are onto Gatsby. Let’s go through them to see what they reveal about Fitzgerald’s conception of his work.

Trimalchio, or Trimalchio in West Egg

This was Fitzgerald’s favorite title - it’s what he would have named his book if Max Perkins hadn’t interfered to say that no one would get the reference.

Perkins may have been right. Trimalchio is a character in The Satyricon, a book by the Ancient Roman writer Petronius. Only fragments of this work survive, but basically, it’s a satire that mocks Trimalchio for being a nouveau riche social climber who throws wildly elaborate and conspicuously expensive dinner parties (sound familiar?).

Trimalchio is arrogant and vulgar and very into displaying his wealth in tacky ways. In the fragment we have, Petronius describes one party at length. It ends with the guests acting out Trimalchio’s funeral as an ego-boost.

It’s important to note that in The Great Gatsby, Fitzgerald does refer to Gatsby directly as Trimalchio at one point: "...as obscurely as it had begun, his career as Trimalchio was over" (7.1). Since The Satyricon is a satire, this alternate title suggests Fitzgerald originally wanted to present Gatsby as a figure to be mocked rather than to appear more grand/mysterious. This attitude towards the novel’s main seeker of the American Dream paints Gatsby’s ambition to join elite society in an even darker and less flattering light than the novel does now.

Among The Ash Heaps and Millionaires, or On The Road To West Egg

These titles pan out, away from Gatsby and toward the geographic, social, and economic environment of the book. Both of these titles do this by giving us a sense of being between things, primarily the places with money and those without. Character-wise, these titles seem more Nick-focused, since he is the one who shows us the differences between these two worlds.

Also, by referring to the physical space that separates Manhattan and the Long Island towns where the wealthy live, both of these titles directly reference the book’s climactic death, which takes place on the road back to West Egg, right at the place where the richly symbolic valley of ashes is.

These rejected titles are both references to the epigraph that opens the book:

Then wear the gold hat, if that will move her;
If you can bounce high, bounce for her too,
Till she cry “Lover, gold-hatted, high-bouncing lover,
I must have you!”

Thomas Parke D'Invilliers is a secondary character in Fitzgerald’s semi-autobiographical first novel, This Side Of Paradise. In the novel, D’Invilliers is a poet who befriends the main character and whose poetry seems never to reflect the darker realities of life.

The poem gives advice to a lover who is willing to go to desperate lengths to get the woman he is interested in to return the feeling (again, sound familiar?). A title based on this poem would place the novel’s emphasis squarely on Gatsby’s longing for Daisy, reorienting our sense of Gatsby as a striver to his function as a love interest.

Under The Red, White, and Blue

Rather than referencing any part of the book - a character, a place, or even an idea - this title instead broadens the reader’s perspective to a patriotic or nationalistic view of the United States. The effect is that we could easily be looking at a war story, or some political tract - there is simply nothing in this title that gives us any sense of what the underlying novel might be about.

If Fitzgerald had gone with this title, we would read this novel much more squarely as a more direct indictment of America, or at least the myth of the American Dream. This is certainly one of the enduring themes of the novel, but since Nick ends up contrasting the midwest and the east coast’s totally different ideas about success and the American Dream, this title would actually dilute Fitzgerald’s disapproval by making all of the U.S. complicit. 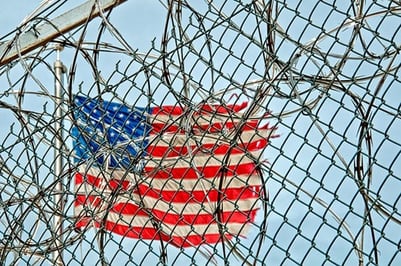 The symbolism of that last title may have just been a bit too heavy-handed.

The Bottom Line: Is Gatsby Great?

Learn why The Great Gatsby begins the way it does - with a poem written by Fitzgerald himself, but disguised as the work of someone else.

Analyze the character traits of Jay Gatsby to see which meaning of the word “great” really applies.

Investigate the key themes pointed to by the various alternate titles: the American Dream, social status, and unrequited love.

Read our summary of The Great Gatsby, and find links to our many other Great Gatsby analysis articles.