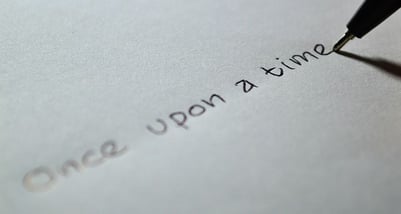 There's a reason why magazines regularly put together lists of the greatest first lines in all of literature: book openings make a huge impression on readers. How a book starts helps us orient in the world that the book is creating.

First, it gives us our first idea of the narrator, and the type of narration we're going to encounter. Will it be a breathy first-person confession? Or a cool and detached third-person observation?

Second, it introduces the setting, letting us know where and when the story takes place - which is very important for modulating reader expectations. What we think about two people kissing in prim and proper Victorian England will be very different than what we think about the same couple in modern day Canada.

So what does the beginning of The Great Gatsby reveal? Read on for the meaning of this work's epigraph, its opening line, and its beginning paragraphs.

Our citation format in this guide is (chapter.paragraph). We're using this system since there are many editions of Gatsby, so using page numbers would only work for students with our copy of the book. To find a quotation we cite via chapter and paragraph in your book, you can either eyeball it (Paragraph 1-50: beginning of chapter; 50-100: middle of chapter; 100-on: end of chapter), or use the search function if you're using an online or eReader version of the text.

The Epigraph Poem of The Great Gatsby

The novel is prefaced by this four-line poem:

Then wear the gold hat, if that will move her;
If you can bounce high, bounce for her too,
Till she cry "Lover, gold-hatted, high-bouncing lover,
I must have you!"

First, let's analyze the poem, and then we can talk about who this D'Invilliers fellow is.

" Then Wear the Gold Hat"

In the most basic sense, the poem is a piece of advice. We know this because the first words, " then wear," make it sound like we are hearing the middle of a conversation. Someone has been complaining about his romantic problems with a specific " she," and the poem's speaker is answering with some tips on what to do.

The advice the poem is: go out of your way to impress her with your wealth/status (" gold hat" ), and with your derring-do (" bounce high" ). Whatever you can possibly do to attract her attention is worth it if she ends up won over, because then she will be insatiable (" I must have you" ). Of course, this image of a ‘gold-hatted, high-bouncing lover' is clownish at best and completely absurd at worst.

The poem echoes the novel's plot and characterizations:

Guess what? There is no such poet as D'Invilliers! Fitzgerald made him up, and made up this poem as well.

In fact, D'Invilliers is a minor character in This Side of Paradise, Fitzgerald's earlier novel about Princeton. In that book, the main character befriends D'Invilliers, who is a talented poet - but whose poems tend to ignore the problematic or unpleasant aspects of reality.

Here, the assumed name and invented persona of this poet also tie into the Gatsby journey, playing into the novel's key theme of the mutability of identity. James Gatz transforms himself into the glamorous Jay Gatsby, and this poet is a cover identity for Fitzgerald. 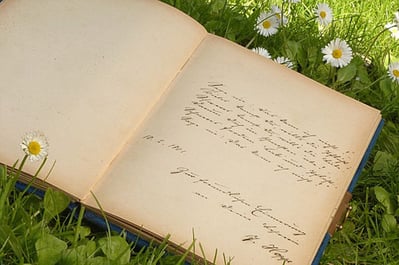 So, D'Invilliers was based on the Fitzgerald's buddy, poet John Peale Bishop. Couldn't the real guy have written something to be Fitzgerald's epigraph?

This is how Chapter 1 of this novel begins:

In my younger and more vulnerable years my father gave me some advice that I've been turning over in my mind ever since.

" Whenever you feel like criticizing any one," he told me, " just remember that all the people in this world haven't had the advantages that you've had." (1.1-2)

Let's take the Great Gatsby first lines apart in a variety of ways.

What We Learn About the Narrator

The first thing we figure out is that the story is going to be told in the first person (meaning it's narrated by an " I" voice who is a character in the story and who is present at the events he describes).

The second thing we see is that there is at least one time shift in the narration. Nick is older now, but is looking back on youth and a more " vulnerable" time. There are several different ways to interpret this vulnerability, especially before we have read further: this narrator may be vulnerable to being hurt by others, to being influenced by bad surroundings/people, or maybe even to taking his dad's advice at face value.

We also get our first clue into Nick's background: he comes from money, education, and breeding (" advantages" ), which will allow him to fit in reasonably well in the old-money East Coast world that he will encounter in the novel.

The Advice Given to Nick by His Father

We discover that Nick has had a hard time connecting with his dad's advice. It's interesting that he tells us about this difficulty before he actually tells us the advice itself - almost as if he would like us to read this bit of parental wisdom with the same ambivalence and grain of salt that he himself has. Exactly why he has been " turning it over in his mind" is not spelled out, and again could be for a variety of reasons: Nick may wonder when and where it's applicable, useful, true, or even whether he can actually stick to it.

The " advice" from his father seems really more like a dig at Nick. The phrase " whenever you feel like criticizing anyone" makes it sound Nick often judges other people's behavior and actions without considering context or circumstances. This tells us one of his main weaknesses - and it's a pretty significant one considering Nick is going to be the eyes through which we see all the other characters!

How Nick's Father's Advice Shapes How Nick Tells The Story

Unlike the novel's epigraph, which really is advice on what to do, Nick's father's words seem more like either a criticism of Nick's bad habits or even a warning of some kind. In other words, the dad's-advice-framing-narrative makes the novel into a reverse Aesop's fable, where the moral comes first and is followed by the story that proves the rule.

Primarily, this " advice" puts a big barrier between Nick and " all the people in this world" because he has had " advantages" that they haven't. So what are these advantages?

This means that during the rest of the novel, this snobbishness and this tendency to dismiss everyone else as being inferior is something to watch for in Nick's description of other people and events.

Gotta love that Nick's dad is basically like, " Maybe check your privilege every once in a while, son."

Nick spends the first paragraphs of the novel encouraging us to trust him and to believe in his impartiality and good judgment. Instead of launching into the plot of the story he's about to tell, Nick instead spends a significant chunk of time explaining his family background, giving us a quick bio of himself up to the point of the summer of 1922.

In other words, the first six paragraphs of The Great Gatsby are devoted to establishing Nick as both an interesting character and a relatively objective narrator. Should we accept everything he says at face value?

Nick as a Narrator

The main question we have to ask ourselves is: is Nick's first-person narrator reliable or unreliable?

On the one hand, Nick sets himself up as an objective outsider. He comes from the Midwest, a place of morality and stability, compared to the wild East that has replaced the Wild West as the site of money making and excess lawlessness. And he talks about his father's advice making him " inclined to reserve all judgments" (1.3), which makes him an ideal confidant (" I was privy to the secret griefs of wild, unknown men" (1.3)).

But on the other hand, Nick says that his tolerance and neutrality isn't infinite (" After boasting this way of my tolerance, I come to the admission that it has a limit" (1.4)).

So which do we believe? Is he a neutral observer? Or a secretly judgmental critic? The fact that even this early on we have two competing descriptions of Nick reveals that he is an unreliable narrator. In other words, his opinions, biases, and agenda will color the way he tells us the story. Our job will be to tease out which parts are " fact" and which parts are just a " Nick's eye view."

Nick as a Character

We also learn that writing the novel is Nick's way of grappling with the meaning of a story in which he played a part – like a form of psychotherapy. The experience he is telling us about has caused Nick to leave the East Coast jaded and disappointed. He comes " back from the East [feeling] that I wanted the world to be in uniform and at a sort of moral attention forever; I wanted no more riotous excursions with privileged glimpses into the human heart" (1.4).

It's not surprising that Chapter 1 ends with feelings of regret and yearning for the unreachable, culminating with the crucial image of Gatsby stretching his hands toward the unreachable Daisy. 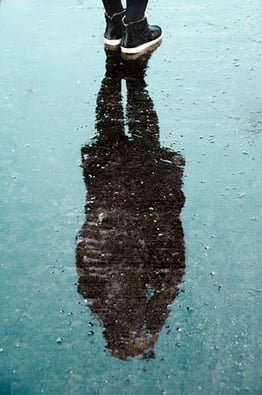 Explore the rest of Chapter 1: it's plot, most important quotations, connections to the novel's larger themes, and the main events for each character.

Learn more about Nick Carraway to see whether he lives up to his promise of objective observation, and what it is that so disappoints him about his time on the East coast.

Consider how the unreliable first-person narrator affects our understanding of the novel's events, settings, and other characters.

Get an overview of the whole novel: its plot, characters, themes, symbols, motifs, and all the other analysis that we have put together to help you make sense of what you're reading.