Libra and Cancer Compatibility: Do They Get Along? 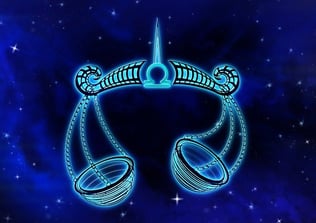 Are you part of a Libra/Cancer pairing and want to know how compatible your two signs are? Do Cancer and Libra get along? By reading this article, you'll learn everything you need to know about Libra and Cancer compatibility, including why this partnership often has conflicts, how Libra and Cancer partnerships work in love, friendship, family, and the workplace, and how you can improve Cancer and Libra compatibility if you're struggling to make things work (or just want to prevent future issues). Despite what you may have heard, it is possible for Libras and Cancers to get along, and we'll explain how to do it!

How Well Do Cancer and Libra Get Along? Overall Compatibility

Libras are conflict-adverse optimists who love novelty and new friends, while Cancers are more bluntly honest, can tend towards moodiness, and treasure longtime friends and traditions. These two signs see the world differently, and they spend their free time differently as well. It's not unusual for a Cancer to see a Libra as an unreliable naif who jumps from place to place and person to person. Similarly, a Libra might see a Cancer as a close-minded crank who never breaks out of their "shell." As a result, the Cancer and Libra compatibility rating is usually lower than other compatibility ratings for zodiac signs.

However, all is not lost for these two signs! Both Libras and Cancers value deep, committed relationships, so when these two make an effort to form a relationship with each other, it's often incredibly strong. In the following sections, we'll explain Libra and Cancer compatibility in different relationship contexts and discuss their strengths and sources of potential conflict.

Use the chart below to see how compatible Cancers and Libras are for different characteristics like honesty, romance, and conflict. Each is ranked high/medium/low depending on how compatible the two signs are.

Because of their commitment to long-lasting relationships, Cancers and Libras have high compatibility in terms of trust. Although they go about it in different ways, both signs are deep-thinkers and value making their partners happy, which gives them an average level of compatibility for intellect and romance. However, Cancers prefer directness while Libras would prefer to sweep things under the rug to avoid arguing, giving them low scores for honesty, communication, and conflict. Similarly, Libras love trying new things and getting together with large groups of people, while Cancers prefer keeping the status quo with small groups of close friends. This makes Cancer and Libra compatibility low-scoring in sociability and interests.

If you're wondering about the overall Cancer and Libra compatibility percentage, we rate it at 20% compatibility.

Can a Libra man and Cancer woman (or a Cancer man and a Libra woman) have a successful relationship? Yes! Libra Cancer compatibility is often highest in romantic relationships. Both Libras and Cancers love being in love and desire a close, dedicated relationship. They're also both known for going to great lengths to make sure the people they care about are happy, which often leads to caring and contented relationships. Their differences can also help them here as well. Libras often appreciate letting calm, confident Cancers take the lead, while Cancers love the sense of fun and excitement Libras can bring to relationships.

However, the way these two signs conduct themselves in relationships can lead to problems. Cancers, as water signs, are ruled more by their heart, and they need the ability to express their emotions and feel those needs are being met. Libras, however, are air signs and more ruled by their head. They desire fairness and calm. They don't like when others are unhappy, but they also don't like people who try to rock the boat or start drama. These differences can cause Cancers to think Libras are cold and unfeeling and Libras to think Cancers are moody and needy. Talking about these problems at the outset is critical because otherwise resentment will build, and both Libras and Cancers have the ability to hold a grudge.

These two signs can form close friendships, but it'll take work, and you should prepare yourself for inevitable disagreements. The first challenge Libras and Cancers will likely come up against is how many friends they should hang out with. Cancers prefer small, tight-knit groups of friends who have known each other for a long time, while Libras love getting together with big groups and meeting new people. Once this pair has the guest list sorted, then they may run into another obstacle when they try to decide what to do. Cancers value nostalgia and tradition, while Libras love having new experiences. Finding something that satisfies both these signs can be a challenge, but it's definitely doable.

Because of these differences, Libras and Cancers don't often make the best partners for acquaintances or casual friendships, but because both value close relationships, if they decide to put the effort in, these two signs can form a close and long-lasting Libra and Cancer friendship. Compromise is key though, so be sure to balance the other sign's wants while also encouraging yourself to step outside your own comfort zone.

Libras and Cancers both care deeply about family bonds, and both desire strong, stable family connections. Because of this, Libras and Cancers who are related to each other often get along better than Libra/Cancer pairings in other situations. Additionally, because Cancers are more introverted, they often feel most comfortable around people they've known a long time, such as family members. They feel they can be their truest selves around family.

Long-term familial bonds can also help Cancers and Libras see past their first assumptions of the other sign and recognize how similar they actually are. While some Libras might, at first glance, write off Cancers as moody and even vindictive, if they've known each other for a long time, Libras will eventually realize Cancers are actually extremely generous and caring, even when their emotions sometimes get the better of them. Similarly, Cancers will learn that Libra stereotypes of them being shallow and flaky are rarely true, and Libras are actually extremely committed to making others feel valued.

When a Cancer and a Libra are part of the same family, both signs will make an effort to put the family first and make sure all its members feel happy and fulfilled. Even when they disagree with each other, they'll be able to move past their differences for the good of the family.

When Libras and Cancers work together, get ready to experience some office disagreements. Workplace relationships rarely allow for the deep connection Cancers and Libras need to really understand where the other sign is coming from. At work, Libras love gathering big groups together to brainstorm clever, innovative new solutions, even if they're impractical. Cancers, on the other hand, are much more independent and rational. They prefer working through projects on their own and only following through with ideas that are low-risk and likely to succeed.

These two signs will work best in scenarios where each can play to their own strengths and don't need to rely on each other too much to get things done. For example, a Cancer overseeing finances for a project while a Libra workshops potential ideas with other team members will result in less conflict than a Libra and a Cancer trying to do everything on a project together. 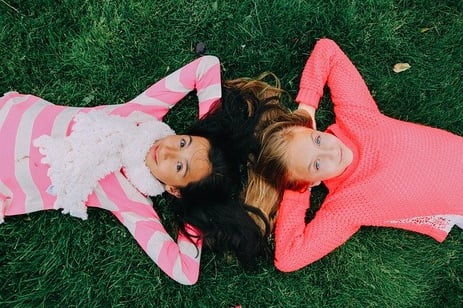 So, do Cancer and Libra get along? They can if they put the effort in! If you're part of a Libra/Cancer pairing, whether it's at the office, in your family, or with the person you're dating, you might feel discouraged by all the differences the two of you have. And it's true that Cancers and Libras can have very different personalities, interests, and ways of interacting with others. However, both signs have the same core values of loyalty, trust, and deep connection.

Once they realize this about each other, Libras and Cancers often get along much better, which is why you often see them having better relationships in romantic relationships or with family members: both situations give these two signs the time and closeness needed to learn about who the other really is. So, if you're a Libra or Cancer and having difficulty connecting to or working with the other sign, make an effort to get to know them and find some common ground.

If you're a Libra hoping to improve your relationship with a Cancer, one thing to focus on is the importance of honesty. While you're a natural peacemaker and will often bury your issues in order to avoid problems, this can lead to even bigger problems down the line, and it'll baffle honesty-loving Cancers. So, when there's an issue, speak up about it, and don't take offense when Cancers bluntly tell you about problems they're seeing. You're both compassionate and fair minded signs, so you can work through many problems, but only if you're both upfront about the problem to start.

Similarly, don't take Cancers' moods too personally. Libras are great at putting a positive spin on everything, but other signs struggle more with this. If a Cancer is unhappy, that doesn't mean it's the end of the world or even that you've done anything wrong. Let them sit with their feelings, talk about it if they want to, then, after they've had enough time to brood, use your positive energy to get them out of their funk.

The best thing you can do when things get tough with Libras is to remember to keep your cool. Libras are a very conflict averse sign, and they hate when conflicts become charged and ugly. However, sometimes Libras need to be encouraged to face their problems more head on so they don't push their feelings under the rug. So be direct and honest with a Libra when you're discussing problems, but try not to let your emotions get the best of you.

Similarly, allow yourself to step outside your comfort zone when you're with Libras. You may enjoy doing things just the same as you've always had with the same group of people, but Libras love novelty and excitement. Because Libras are also thoughtful and fun, they're a great guide to have along as you try something for the first time.

Want to learn more about Libras? Our in-depth guide to 10 key Libra traits explains everything to know about this sign.

Is it Cancers you're more interested in learning about? We have that too! Learn the 7 fundamental Cancer traits and get to know the crab sign better.

Libra and Cancer can be a tough match, but how compatible is Libra with other signs? We've analyzed Libra compatibility with each of the other zodiac signs, including Scorpio, Sagittarius, and Capricorn.