The 10 Fundamental Libra Traits and the Best Advice for Libras 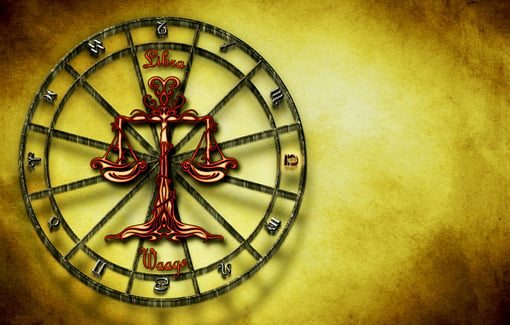 Libra is an air sign, and Libras are known for the love of being around other people. Libras are incredibly cooperative and fair-minded, and are a sign that believes firmly in the power of social connection. Libras are some of the most interesting and clever people around, and they have a lot to offer. Below, we'll talk about key Libra characteristics, how Libras relate to others, and advice for being a Libra and getting along with the Libra in your life.

What Is a Libra?

A Libra is a person born between September 23rd and October 22nd. Libras are known for being charming, beautiful, and well-balanced. They thrive on making things orderly and aesthetically pleasing. They also crave balance, and they can be equally as self-indulgent as they are generous.

Libras are also the kings and queens of compromise, and they like making peace between others. This makes them great leaders, friends, and partners, and they can apply these positive qualities to their personal and professional lives.

Libras are exciting people to be around. Of course, not all Libras are exactly the same, but these key traits of Libras are important to know if you are a Libra or want to know more about relating to them.

Some of the best Libra traits are a sense of fairness and an outgoing nature. They're part of why we love Libras.

Libras are natural peacemakers and are experts at being tactful and diplomatic in their relationships and in groups. They choose their words carefully and aim to find common ground with as many people as possible.

Libras have a strong sense of justice. They want to make sure everyone gets heard, and are passionate about making sure that things are balanced, especially when it comes to group events.

Libras always prefer to look on the bright side. They see the best in all people in all situations. They have great intentions and think the best of people and ideas. They always have high hopes for starting new projects and learning new things.

There are few signs more extroverted than Libras. Libras love being with people, and they love meeting new people, too. They thrive on companionship, and they surround themselves with interesting people that can introduce them to new things. Being social is one of the most fundamental elements of the Libra personality.

Libras are witty, smart, and excellent conversationalists. They have active imaginations and are quick on their feet, which makes them great company- and great problem solvers. 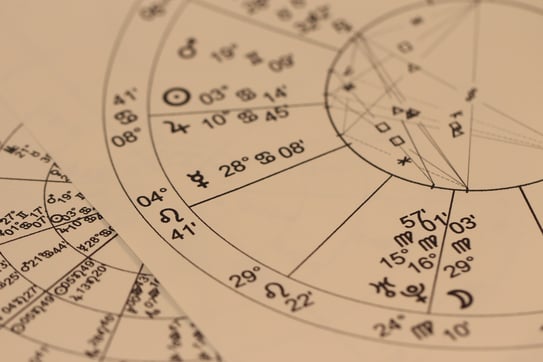 Libras are all one of a kind, and these "negative" Libra traits are part of what makes them who they are. The negative Libra characteristics are all part of their love of balance.

Libras' love of balance can get in their way. They'll spend hours weighing the pros and cons of even the smallest decisions. They want to please everyone and have trouble committing to one thing or another, even if it seems inconsequential.

Libras are peacemakers by nature. They are great at finding compromise within groups, whether it's between friends or in business settings, but this means they also have trouble facing their problems and will put off difficult discussions for as long as they can.

One of the downfalls of the Libra is that they are a bit self-absorbed, so when things don't go perfectly right for them, they feel as though the world is ending, and everyone is against them. They have trouble seeing the bigger picture in times of strife, and instead focus on themselves exclusively.

Libras are known for being flighty. While they are lots of fun to be around, they are not always the most reliable. Lots of Libras are wonderful and loyal friends, even though they may not show up to your dinner plans on time.

As we mentioned, Libras love beautiful things, including themselves. You may find a Libra taking selfies everywhere they go, or spending lots of time on pampering and appearances. They may be critical about how other people look or be reluctant to hang out with people who they think are less attractive.

We know that the Libra personality flourishes in social settings. Knowing more about what Libras need in specific relationships is important, since if Libras are being true Libras, they're likely to have lots of relationships to keep track of.

One of the most notorious Libra characteristics is their love of love. With their tendency to gravitate toward beauty and excitement, Libras get easily love drunk. However, while Libras will enjoy lots of flings and enjoy the company of romantic partners, they're very serious when it comes to committed relationships. They choose carefully when it comes to life partners.

You're pretty much guaranteed to have a great time with a Libra. In addition to being lots of fun, Libras love to try new things and will help people in their lives become and stay open-minded. They're dedicated to making sure people in their lives achieve balance too, and the Libra's outgoing nature and idealism can rub off on their friends and family.

Leadership comes naturally to Libras, and as such they excel professionally when they're allowed to let their leadership skills and creativity shine. Libras do best when left alone to develop projects. However, Libras don't have the best follow-through, so it's also important to make sure they're surrounded by grounded people who are good at taking direction and getting things done.

#1: In your career, make sure you're creating new challenges for yourself. As a Libra, you'll need to change things up often, so to avoid looking flaky you can channel that energy into new ideas that benefit the whole group.

#2: Don't hesitate to let your true colors show. Be the great and loyal friend that you are, and don't waste time on people who judge you for your compassion and idealism.

#3: You gravitate toward manipulation when you're bored, so always try to check yourself when you start to feel restless. Channel that energy into creative projects or volunteering.

#4: Be honest with yourself. Libras have trouble admitting their faults. Don't think of these things as negatives, just a part of you that might need some extra attention. Make sure you know where you need to improve, because otherwise you might walk over people without meaning to, leading to some confrontation.

#5: Speaking of confrontation—address it calmly and early on. If you do have to confront someone, make sure you have your points laid out beforehand and you stick to them even when the conversation gets difficult.

Tips for Relating to a Libra

#1: Compliments are everything to a Libra personality. They're extroverts, and showing outward signs of affection will help you win favor early in the relationship, and continue to help keep the spark alive.

#2: Don't pick fights or be overly critical toward a Libra. Libras avoid confrontation, so it's best to be open and upfront about things that are going on in the relationship and speak to a Libra as an equal.

#3: Let Libras take leadership roles. They're very good at it, and don't be put off by a Libra coming up with a thousand different ideas for group projects or activities. Help them pick one and stay grounded.

#4: Show that you know all about balance, too. Libras need to balance the scales in all things, and they need friends and partners that treat them like equals and know how to be poised and steady in all aspects of their lives.

#5: If you love art and other beautiful things, you'll have no problem relating to a Libra sign. Trying new things together, especially if it's things like exploring nature, seeing art galleries, or doing something creative together, can help you forge a bond with Libras.

If you're a Libra, you're in good company. Serena Williams and Will Smith, for example, are classic Libra examples of balancing work ethic, fun, and creativity. Libras can thrive even more when they know themselves and are honest about who they are and what they need. Hopefully you'll have a better idea of what it means to be a Libra, and learn how to be the best version of who you are.

Looking for info about who Libras are compatible with? Read this breakdown of Libra/Cancer compatibility, as well as this broader look at how Libras match up with all Zodiac signs. Or if you're with a September Libra whose love language is gifts, you might want to learn more about sapphire, the September birthstone.

Now that you know about Libras, what about the other 11 Western Zodiac signs? Be sure to check out our guides to traits and personality for Aquarius, Pisces, Aries, Taurus, Gemini, Cancer, Leo, Virgo, Scorpio, Sagittarius, and Capricorn.

While it's not a perfect match, Libras often have very similar ways of experiencing and interacting with the world as people with Enneagram Type 9 personality traits. Learn more about the Enneagram and whether or not you're an Enneagram Type 9 here.

Are you a Libra that loves love? Check out this crash course to romantic poetry and 10 Famous Sonnet Examples.

If science and fun facts are more your speed, read up on enzymes and photosynthesis, and don't miss our list of 61 amazing facts.