What Is a Nucleotide? Definition, Structure, and Function

Before we give you the nucleotide definition, here are some helpful definitions of words we'll use when discussing nucleotides:

Now then, what is a nucleotide? Let's take a look!

What Is a Nucleotide?

Nucleotides are organic molecules that serve as the basic structural (monomer) units for DNA and RNA, which, as we know, are the building blocks responsible for all life on Earth.

Each nucleotide contains a nitrogenous base, a five-carbon sugar, and at least one phosphate group. When bonded together, nucleotides create nucleic acid, that is, the "strings" of DNA.

Nucleotides can also stand independently and interact with cells in other ways.

What Is the Nucleotide Structure?

We know that nucleotides are the building blocks of DNA and RNA, but they also do a lot of other things. In order to understand why and how nucleotides perform their extremely important jobs, let's first go over what they're made out of and how they become nucleic acid.

These bases are each defined by a letter and are either pyrimidines or purines.

Adenine (A): Adenine is a purine with the chemical compound C5H5N5. An Adenine-based nucleotide is called adenosine. Adenine is formed by two hydrogen bonds, which help stabilize nucleic acid structures. ATP (adenosine triphosphate) is also an important form of energy, found in most cellular functions. 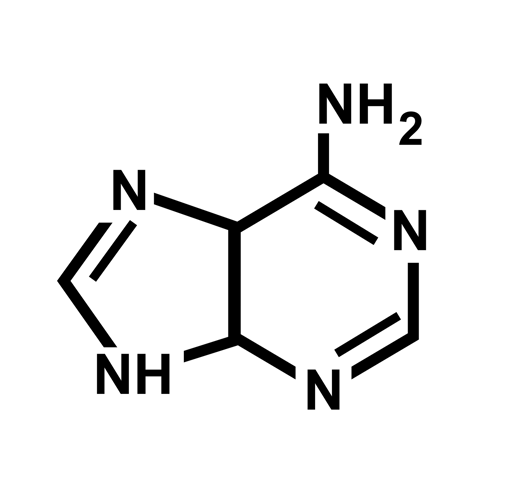 Cytosine (C): Cytosine is a pyrimidine with the chemical compound C4H5N3O. A cytosine-based nucleotide is called a cytosine. Cytosine is a heterocyclic aromatic ring with two substituents attached. Cytosine pairs with guanine to form nucleic acid, but as a free nucleotide can work as a co-enzyme that helps convert ADP (adenosine diphosphate) to ATP.

Guanine (G): Guanine is a purine with the chemical compound C5H5N5O. A guanine-based nucleotide is called a guanosine. Guanine is a fused ring with conjugated double bonds. Guanine bonds with cytosine via three hydrogen bonds to form the nucleic acid in DNA.

Thymine (T): Thymine is a pyrimidine with the chemical compound C5H6N2O2. A thymine-based nucleotide is called a thymidine. Thymine is a fused ring with conjugated bonds. Thymine bonds with adenine to form nucleic acid; this helps stabilize the nucleic acid structures.

Uracil (U): Uracil is a weak acid with the chemical compound C4H4N2O2. A uracil-based nucleotide is called uridine. Uracil is a demethylated form of thymine, and replaces thymine in RNA. Demethylation is a chemical process in the removal of CH3 (or a methyl group) from a molecule.

The bases can combine with phosphates and sugars depending on how they're formed, and serve as free nucleotides, in which they affect cell function (we'll explore this concept more later on). Or these nucleotides can bond with one another based on their molecular structures to form nucleic acid.

Each nucleotide is a molecule, so while the bases are extremely important for how the nucleotide is classified and for its eventual function, they cannot form without the other elements that make up the molecule.

One of these elements is simple, five-carbohydrate sugars. A nucleotide can contain one of two sugars:

Just because the nucleotide base has one of the two types of sugars, that doesn't mean that it will necessarily bond with other nucleotides to form nucleic acid.

Phosphates are a chemical derivative of phosphoric acid. You might've heard of phosphate when discussing certain household items—inorganic phosphates are used in things such as fertilizer and laundry detergent. Naturally occurring phosphates, however, are an integral part of the formation of nucleotides.

The nucleotides that bond together to make the nucleic acid in DNA and RNA are triphosphates (meaning they have three phosphate groups).

Nucleotides are coded by the sugar, the base, and the number of phosphate groups. For example, a nucleotide called dATP is deoxyadenosine triphosphate, while GMP is guanosine monophosphate.

If the name does not have a "d" in it, then this indicates that it is made from a ribose sugar instead of a deoxyribose sugar.

What Do Nucleotides Do?

We've already gone over the nucleotide definition. But what exactly do nucleotides do? In other words, what is their purpose?

We know that RNA and DNA are made up of "strings" of nucleic acid, and carry out genetic coding. RNA and DNA are changing all the time, and the cells are constantly growing and dying in them, as well as in all the other parts of our bodies.

Nucleotides are a major part of this process in a few key ways. First, they form that bases for nucleic acid. Second, working outside of nucleic acid, they help trigger and even participate in cell function.

In order to form nucleic acid, two triphosphate nucleotides must bond via hydrogen atoms in a process known as "base pairing." Each base is formed by complementary nucleotides, one purine and one pyrimidine:

In terms of our nucleic bases, here are the triphosphates that make up DNA:

The nucleotides that make up RNA are as follows:

For example, dCTP and dGTP bonded together would form a nucleic acid. 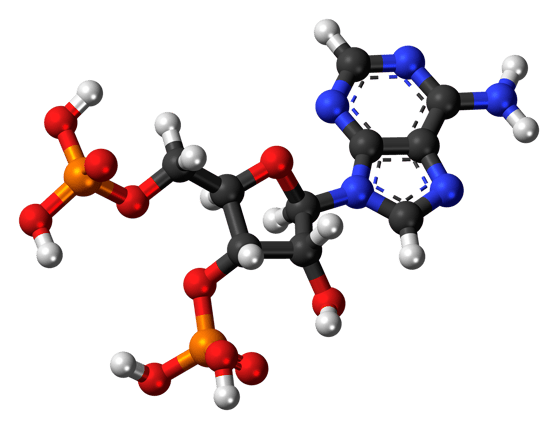 Nucleotides can act as co-enzymes. An enzyme is a substance that's produced by living organisms and that acts as a catalyst to bring about a specific biochemical reaction. They can help speed along chemical processes when bound with an enzyme.

The function of the co-enzyme depends on several factors, including what the nucleotide bonds with. ATP in particular serves as a co-enzyme frequently and is considered the main energy currency in living cells. Since ATP is so stable, it stays in a cell until it's ready to be used and then releases energy to trigger a chemical reaction.

Nucleotides also play an important part in cellular metabolism. This is a process that takes place in cells, in which the cells are degraded due to chemical reactions in the nucleotide.

This process is especially important in RNA and DNA, as it's happening within our cells at all times, meaning that it's extremely important it goes right. If not, it can result in a variety of diseases.

This reaction is triggered in the nucleotide, and the cellular degradation begins. When this occurs in RNA and DNA, sometimes parts of the nucleotide can be salvaged to create new nucleotides.

Conclusion: What Is a Nucleotide? How Do They Work?

Nucleotides are just one part of the intricate world of cellular biology. They play a central role in the life and structure of DNA and RNA, and their function is incredibly important in the buildup and breakdown of cells.

Our cells are carefully working together every day, and understanding what a nucleotide does can help us make sense of the basics of our cells and how they work.

Studying for the AP Biology test? Then check out out our expert AP Biology study notes as well as this complete breakdown of the test.

Learning about biology? We can help answer all your biggest biology questions. Read about enzymes and what they do in this post and don't forget to take a look at our detailed explanation of cell theory and our discussion of the endoplasmic reticulum.