200+ Other Words For Said: Synonyms to Spice up Your Writing 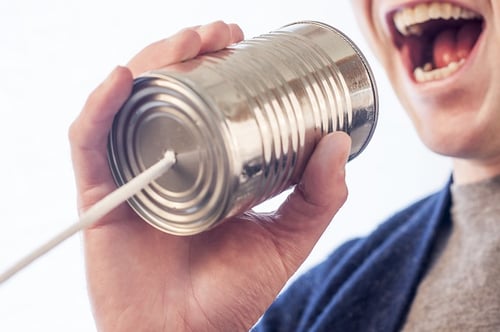 One of the words that comes up most commonly in various types of writing, from fiction to academic writing, is the word “said.” Any time a writer is referencing the words or thoughts expressed by another person, whether that be thoughts expressed verbally or in writing, an appropriate way to introduce--or attribute--that person’s thoughts is with the phrase “said.”

But if you’re incorporating a lot of quotations in your writing, you might find yourself repeating  the word “said” a lot. Repeating the same phrase in a piece of writing can start to feel monotonous, which is why incorporating synonyms or an oft-used word or phrase can make your writing more interesting and accurate. But here’s some good news: there are tons of other words for “said” out there for you to use!

To help you build a repertoire of words to replace “said,” we’re going to do the following in this article:

Ready to check out some synonyms for “said”? Then let’s get going! 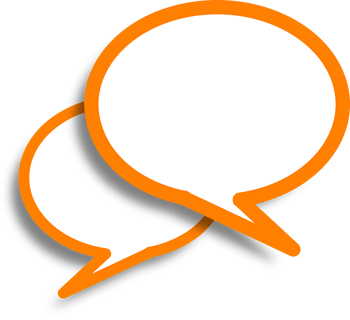 Other Words for Said

To give you the most comprehensive and easy-to-navigate list, we’ve organized our list into two main categories: first, we’re including several lists of other words for “said” by emotion, and second, we’re including several lists of different words for “said” by intention or action. You can decide what meaning you’re trying to express in your writing, and use our lists accordingly!

Happy Words to Use Instead of “Said”

We’re going to kick off our list by giving you a lot of other words for “said” by emotion, starting with synonyms for “said” that convey a happy, joyful, or positive tone.

Sad Words to Use Instead of “Said”

Sadness is a common emotion expressed in writing--let’s look at a few synonyms for “said” that convey sadness.

There are a ton of synonyms for “said” that express anger, and we’ve included several of them for you here. 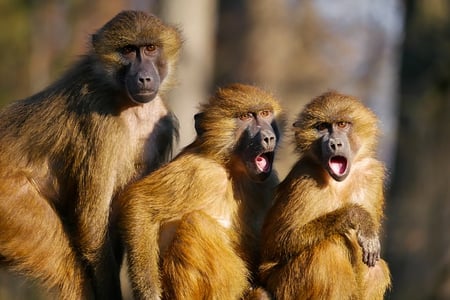 Different Words for “Said” That Express Shock or Surprise

When you want to communicate a tone of shock or surprise in your writing, try using these synonyms for “said”!

Other Words for “Said” That Express Fear

The last emotion it might be helpful to be able to express accurately and vividly in your writing is fear. Here’s a list of synonyms for “said” that you can use to demonstrate a feeling of fear.

Words to Replace “Said” That Are Expository

If you’re working with a quote in which the speaker is clarifying information or explaining something, you can try out these words instead of “said”!

Other Words for “Said” That Are Argumentative

When you incorporate quotes or dialogue that make an argument, use these synonyms for “said” in your attributions. 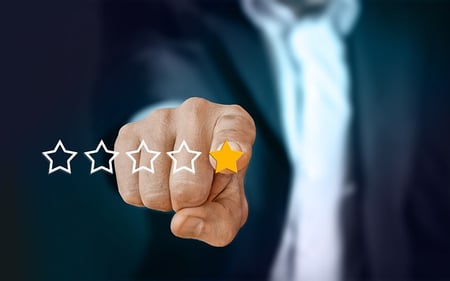 Words to Use Instead of “Said” That Are Critical

If a speaker in a quote or piece of dialogue is forming a critique, incorporate one of these different words for “said” in your attribution.

Words to Use Instead of “Said” That Are Implicative

Try using these alternative words for “said” that imply meaning.

Sometimes you need to include an attribution that shows a speaker is searching for information. These synonyms for “said” can help you establish a tone of inquisitiveness! 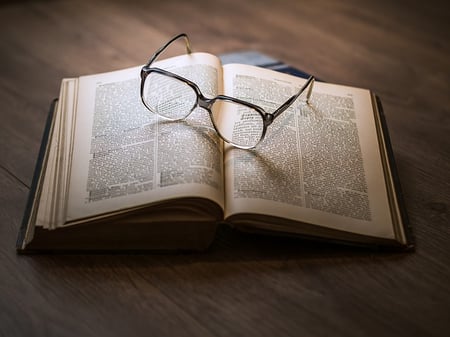 Finally, if you need a word other than “said” that reveals information, try out the options in the list below. 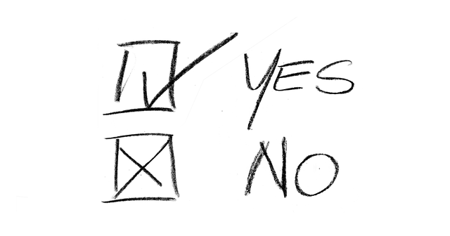 When to Use Different Words for “Said” in Your Writing...And When Not To

In most cases, deciding when to use words other than “said” in your writing is up to your discretion. But there are actually some situations when it’s correct to use “said” exclusively to attribute a piece of dialogue or a quote in your writing. This depends on the type of writing, so we’re going to break down the situations when you should definitely use “said” here!

The first situation where you can expect to see writers exclusively using “said” is in any type of writing that relies on AP Style. “AP” stands for “Associated Press,” and this set of style guidelines is the standard for journalistic writing. This includes writing for newspapers, magazines, and public relations in the United States. AP Style provides a lot of rules about grammar, spelling, punctuation, and language use, and using “said” for quote attribution is one of those rules.

Impartiality and objectivity are two values that are extremely important in journalistic writing. Unlike many synonyms for “said,” which reveal a speaker’s feelings, attitude, or intentions, “said” doesn’t try to interpret the feelings, attitude, or intentions of the speaker. “Said” just states factual information: the words in the quote were spoken by a person or group of people. Using “said” allows the journalist to remain impartial and objective about the information, and it also lets readers interpret the meaning of quoted material on their own. 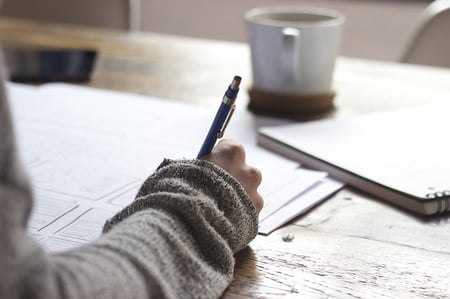 Creative writing is a third situation that might require you to think strategically about when to use “said.” In creative writing--like fiction, for instance--when and how often to use “said” is pretty much up for debate. There are a lot of synonyms for “said” that you can use to convey the emotions or intentions of a character in dialogue, but you don’t necessarily have to use some flowery synonym for “said” every time you include a piece of dialogue in creative writing. In fact, sometimes it’s okay to strategically omit attributions altogether.

Here’s one example of a way to present dialogue in creative writing that doesn’t overuse attributions:

She crossed her arms angrily. “So you weren’t planning to tell me about your trip to Paris until after you were already gone?”

“I suppose I didn’t see the point.” Paige shook her head. “It’s not like you would’ve let me go if I’d told you ahead of time.”

Even without attributions for every piece of dialogue in the example above, you can still get an idea of how the characters feel and what their intentions are through the dialogue beats (“She crossed her arms angrily,” and, “Paige shook her head”). Alternatively, dialogue attributions in creative writing are another place where word variety is important. Your attributions are a great way for you to add emotion and imagery to your work. That means sometimes you might simply use “said,” sometimes you might use a more expressive synonym for “said,” and other times you might forego attributions altogether.

One final writing situation where you’ll find yourself needing to make decisions about when to use “said” is academic, research-based writing. In academic writing, it’s important to be clear about who you are quoting and to provide adequate context for the quote you include. For example, if the scholar you’re quoting is making an argument in the quote you include, it would be more accurate to say, “Dr. Garcia argued” or “Dr. Garcia claimed,” instead of “Dr. Garcia said.” Using a quote attribution that gives your reader a clearer sense of the speaker or writer’s purpose and tone.

3 Reasons Why Word Variety Is Important in Writing

Word variety is important to any type of writing for three main reasons: using a variety of words can make your writing more engaging, more accurate, and more expressive.

First, using a variety of words can make your writing more engaging and interesting for the people who are reading it. In some types of writing, like poetry, repetition is used as a strategic stylistic device. In lots of cases, though, writers repeat the same word because they don’t know its synonyms. After a while, readers might feel a bit exhausted by repetitiveness in a piece of writing. That’s one reason why knowing and using synonyms for commonly repeated words is so important!

Second, word variety can make your writing more accurate. For example, while “said” is always going to accurately describe a piece of dialogue or a quote from an outside source, there are words to use instead of “said” that can reveal the intention behind dialogue or the information conveyed in a quote.

Let’s say you incorporate a quote where the author is disagreeing with a point made by a scholar. Sure, you could introduce that quote with, “Dr. Smith said.” But you could be more accurate by introducing the quote with a word that indicates that the quote is going to express disagreement, like, “Dr. Smith countered” or “Dr. Smith responded.”

Finally, your writing is expressive and vivid when you avoid repetition. When your word choice reflects the emotions or tone expressed by a quote or piece of dialogue that you include in your writing, your readers can get a better sense of your intended meaning. Using synonyms for “said” to create tone and imagery in your writing can help readers better understand your position and make them more willing to buy into your ideas. 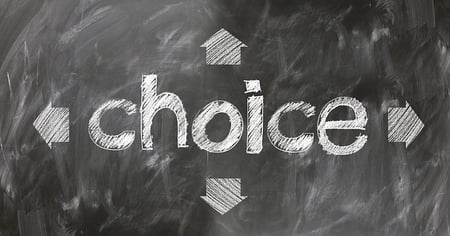 If you’re studying for the verbal portion of your SAT or ACT, we’ve got you covered. Here are our expert guides to the verbal portions of the SAT and ACT, and we even have tips and tricks to help you tackle the essay sections! These are just a few of the tons (and tons!) of resources we have, so be sure to check out our blog for more information.

This cheat sheet for ways to say “said” can be really helpful if you’re starting to write your college admissions essays. Learn how to start your essay off perfectly, and make sure you know the biggest mistakes you should avoid, too.