What Is the Platt Amendment? Definition and Significance

In 1898, the US was fighting the Spanish-American War and occupying Cuba as part of its involvement in maintaining the island’s newfound independence. Once the war was over, the US still wanted to maintain influence in Cuba. In order to achieve this, the Platt Amendment was passed. Read this guide to learn what the Platt Amendment includes, why it was created, what important dates are associated with it, and how its impacts live on today, including how it led to the creation of Guantanamo Bay.


What Is the Platt Amendment?

In simplest terms, the Platt Amendment was a treaty between the United States and Cuba that established guidelines for US-Cuban relations. The US wanted to maintain influence in Cuba to protect its interests there, but Cubans were wary of being under the control of another foreign power after recently gaining independence from Spain. The Platt Amendment was an attempt to appease both countries.

The Platt Amendment set conditions under which the US would end its military occupation of Cuba but also granted the US the right to involve itself in Cuban affairs in order to protect Cuban independence. The Platt Amendment was drafted by Elihu Root, who was Secretary of State at the time, and in 1901 it was presented to the Senate by Senator Orville Platt of Connecticut as a rider attached to the Army Appropriations Bill. (Riders are sometimes also referred to as amendments, which is why it is called the Platt Amendment.)

The Platt Amendment placed some pretty stringent restrictions on Cuba. It gave the United States pretty much unlimited ability to intervene in any Cuban affair for the purpose of preserving Cuban independence, prevented Cuba from transferring any of its land to any country other than the United States, limited Cuba’s right to negotiate treaties, gave the US rights to a naval base in Cuba (what is now Guantanamo Bay). It was reluctantly accepted by Cuba, who amended their Constitution to include it.

There were eight articles in the Platt Amendment, and the Cuban government had to agree to all of them before the US withdrew its troops from the island and recognized Cuban sovereignty.

Here are the articles of the Platt Amendment:

Article I. The government of Cuba shall never enter into any treaty or other compact with any foreign power or powers which will impair or tend to impair the independence of Cuba, nor in any manner authorize or permit any foreign power or powers to obtain by colonization or for military or naval purposes or otherwise, lodgement in or control over any portion of said island

Article II. The Government of Cuba shall not assume or contract any public debt, to pay the interest upon which, and to make reasonable sinking fund provision for the ultimate discharge of which, the ordinary revenues of the island, after defraying the current expenses of government shall be inadequate.

Article III. The Government of Cuba consents that the United States may exercise the right to intervene for the preservation of Cuban independence, the maintenance of a government adequate for the protection of life, property, and individual liberty, and for discharging the obligations with respect to Cuba imposed by the treaty of Paris on the United States, now to be assumed and undertaken by the government of Cuba.

Article IV. All acts of the United States in Cuba during its military occupancy thereof are ratified and validated, and all lawful rights acquired thereunder shall be maintained and protected.

Article V. The Government of Cuba will execute, and as far as necessary extend, the plans already devised or other plans to be mutually agreed upon, for the sanitation of the cities of the island, to the end that a recurrence of epidemic and infectious diseases may be prevented, thereby assuring protection to the people and commerce of Cuba, as well as to the commerce of the southern ports of the United States and the people residing therein.

Article VI. The Isle of Pines shall be omitted from the proposed constitutional boundaries of Cuba, the title thereto being left to future adjustment by treaty.

Article VII. To enable the United States to maintain the independence of Cuba, and to protect the people thereof, as well as for its own defense, the Government of Cuba will sell or lease to the United States lands necessary for coaling or naval stations, at certain specified points, to be agreed upon with the President of the United States.

Article VIII. By way of further assurance the government of Cuba will embody the foregoing provisions in a permanent treaty with the United States.


What Led to the Creation of the Platt Amendment?

The Platt Amendment came about as a result of the Spanish-American War, which occurred in 1898. During the roughly four months that the war lasted, the United States had a large military presence in Cuba, which it was ready to use to protect the US against Spanish attacks and protect US economic interests in Cuba.

The day before the US entered the Spanish-American War, the Teller Amendment was passed by Congress. President William McKinley gave a speech asking Congress to allow the US to use its naval and military forces to help Cuba achieve independence, and Congress agreed but also passed the Teller Amendment, which placed limits on the US’s involvement. The Teller Amendment stated that the US couldn’t annex Cuba. Instead, the US had to help Cuba achieve stable independence, then withdraw its troops from the island once that had been achieved. This assuaged Congressional fears that President McKinley was hoping to annex Cuba.

However, three years after the Spanish-American War was over and Cuba was independent, the US still had troops in Cuba. The US didn’t want to put its military and economic interests at risk by having Cuba descend into chaos during self-rule or be conquered by another foreign country. They decided to maintain a strong role in Cuban affairs until they believed their interests would be safe. Because of the Teller Amendment (which basically said the US had to help Cuba achieve independence and then leave), the Platt Amendment was drafted as a way to ensure the US could maintain a degree of control over Cuba until they were certain the country was stable and their interests would be protected. 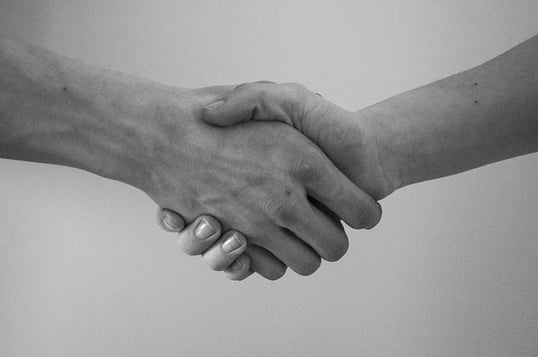 Key Dates for the Platt Amendment

Below are all the key dates you need to know for events that happened before, during, and after the Platt Amendment was signed.


February 24th, 1895- February 15th, 1898: The Cuban War of Independence is fought between Cuba and Spain. The final months escalate into the Spanish-American war.

February 15th, 1898: The American battleship USS Maine, which was docked in Havana, explodes under mysterious circumstances, killing 258 people. The US blames Spain for the explosion which leads to the Spanish-American War.

April 21st - August 13th, 1898: The Spanish-American War is fought between Spain and the United States

December 10th, 1898: The Treaty of Paris is signed. Spain agrees to grant independence to Cuba, and cedes the Philippines, Guam, and Puerto Rico the United States.

December 25th, 1901: Cuba amends its constitution to include the entire Platt Amendment

May 22nd, 1903: Cuba and the US agree to the Cuban-American Treaty of Relations of 1903. Among other things, this treaty allows the US to intervene in Cuban affairs and lease land for naval bases on the island.

September 1906 - February 1909: Second Occupation of Cuba. The Cuban-American Treaty of Relations of 1903 is used to justify US military forces occupying Cuba in order to protect American economic interests and establish a new Cuban government.

May 29th, 1934: As part of FDR’s Good Neighbor Policy, the Cuban-American Treaty of Relations of 1934 is signed, repealing most of the Platt Amendment (everything except US right to a naval base in Cuba).

1940: The Platt Amendment is eliminated from the new Cuban constitution during the Cuban Constitutional Convention of 1940.


What Are the Lasting Effects of the Platt Amendment?

The Cuban government was very reluctant to add the Platt Amendment to their constitution, as they had just become independent and didn’t want to be controlled by another foreign power. Even though it was eventually ratified, it caused a lot of resentment among Cubans towards America. Many historians also believe that the Platt Amendment actually ended up causing more instability in Cuba, including contributing to the Cuban Revolution of the 1950s.

The Platt Amendment remained in effect until 1934, when US President Franklin Delano Roosevelt’s Good Neighbor Policy repealed the majority of the amendment in response to a surge in Cuban resentment.

However, one stipulation of the Platt Amendment remained: the US was allowed to continue operating its naval base Guantanamo Bay. The Good Neighbor Policy stated that the US had the right to operate its naval base "until the two contracting parties agree to the modification or abrogation of the stipulations of the agreement in regard to the lease to the United States of America for coaling and naval stations…” Because the US hasn’t agreed to any modifications, , Guantanamo Bay remains open to this day and has been a major factor in shaping modern Cuban-American relations. 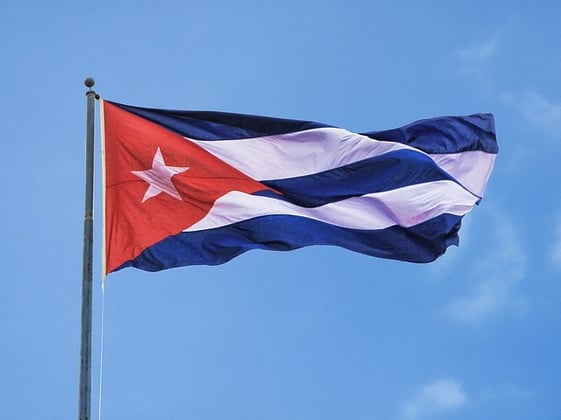 The Platt Amendment was one of the most important events in Cuba-US relations. A simple Platt Amendment definition is that it an amendment passed in 1901 that provided guidelines that allowed the US to maintain influence in Cuba after Cuba achieved independence. What did the Platt Amendment do? It gave the US the right to have a naval base in Cuba, intervene in Cuban affairs, and control Cuba’s agreements with other countries, among other things. Although the Platt amendment was created to protect US interests in Cuba, it was widely resented in Cuba and was nearly completed repealed in 1934, although the US naval base Guantanamo Bay is still in operation in Cuba.