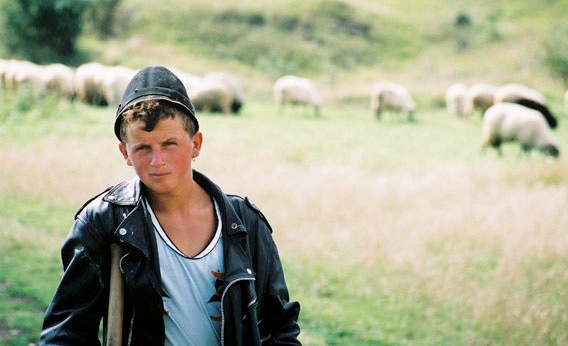 Relative pronouns tend to inspire a lot of confusion. Is it the boy who cried wolf or the boy whom cried wolf? All's well that ends well or all's well which ends well?

As much as we may think we need the fancier pronouns, like whom and which, more often than not, the ones we're more familiar with are just fine. In both of those cases, the first version of the saying is the correct one.

In general, this principle holds true on the ACT, but we'll cover all the rule you'll need to know, as well as the special cases that may trip you up!

Pronouns Must Agree with Their Antecedents

Like all pronouns, relative pronouns must agree with the noun they're replacing. You wouldn't say the "the person where" or "the year who"—each relative pronoun can only be used to refer to a specific type of thing. Nonetheless, we often use relative pronouns imprecisely, especially when speaking, so these errors may not always jump out at you.

Let's start by reviewing exactly what each of these pronouns can be used to refer to:

For many situations, more than one relative pronoun can work. "The place where" and "the place that" are equally correct, for example. As such, you should make sure to use process of elimination to narrow down the choices on ACT English questions.

The other main issue to watch for in questions with relative pronouns is whether the sentence is a run-on or a fragment.  Relative pronouns introduce dependent clauses: they aren't interchangeable with personal pronouns like "she" and "they" or conjunctions like "so" and "but."

Correct: I called my sister, who is celebrating her birthday today.

Incorrect: I called my sister, she is celebrating her birthday today. (Comma splice)

Incorrect: I called my sister, and is celebrating her birthday today. (Fragment)

Make sure to pick the correct type of pronoun or conjunction to ensure the sentence is structured correctly, and for more information see our post on run-ons and fragments.

First we need to determine what, if anything, is wrong with this sentence as written. The issue is that "however" can't be used to connect two independent clauses, which "Conan Doyle had the original photographic plates examined by experts" and "they found no evidence of double exposures" both are, so we can rule out F.

J has the same basic issue: it cuts out "however," but that just leaves us with a comma splice. We need a relative pronoun, which will turn the second part of the sentence into a dependent clause.

We're left with "who" or "which." To decide which is correct, we need to determine what the pronoun is referring to. Who or what found no evidence? The experts. It's appropriate to use "who" but not "which" to refer to people, so G is the correct answer. 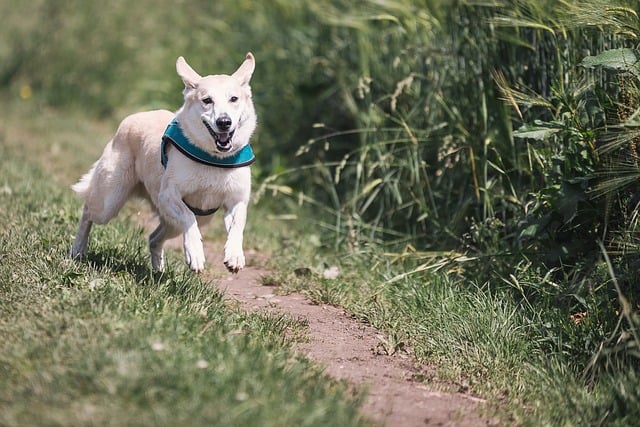 A running dog is great; a run-on is not.

On the ACT, there are three pronoun pairs that cause most student mistakes on relative pronoun questions: who and whom, which and that, and where and in which. We'll go through them in order of how often they appear on the test.

However, you don't really need to understand the difference between the two in order to answer most ACT English questions about them. The simple guidelines below can help you determine the correct answer on questions dealing with "who" and "whom."

Always use "who" before a verb.

Incorrect: Last week, I went to visit my aunt Shana, whom lives in New York City.

Correct: Last week, I went to visit my aunt Shana, who lives in New York City.

Always use "whom" after a preposition.

Incorrect: The woman on who the character of Lisa is based criticized the series' portrayal of her.

Correct: The woman on whom the character of Lisa is based criticized the series' portrayal of her.

Though these basic guidelines should help you answer most who vs. whom questions on the ACT, if you're ever unsure whether you're using one of these pronouns correctly, try swapping it with a personal pronoun of the same case (who → he/she/they, whom → him/her/them). If the sentence makes sense, the pronoun is correct, if not, test the other case. (Keep in mind, though, that you may have to reorder the words slightly.)

Let's look at an example of how this process works:

The villain, who everyone loves to hate, is defeated in the final moments of the movie.

"Who" doesn't come before a verb or after a preposition here, so there's no obvious hint whether "who" or "whom" is correct. "Who" sounds fine, but let's check it, by switching it for a personal pronoun.

That doesn't make sense, so let's think about what the phrase is meant to express—everyone loves to hate the villain. So the pronoun actually belongs at the end of the clause:

Incorrect: everyone loves to hate he

Correct: everyone loves to hate him

Since "him" is correct here, we need to use "whom" in the original sentence.

The villain, whom everyone loves to hate, is defeated in the final moments of the movie.

This trick can help you differentiate between who and whom, but remember that on the ACT you shouldn't need it most of the time. Also keep in mind that "who" is correct in the vast majority of cases, so when in doubt, stick to "who."

Let's look at a real ACT English question that deals with who vs. whom:

Looking at the answer choices, we can see that this is a question about who vs. whom. The pronoun is placed immediately before a verb, so we know "who" must be the correct pronoun. (You would say "they had died," not "them had died.") This means A is wrong, and B must be the answer. 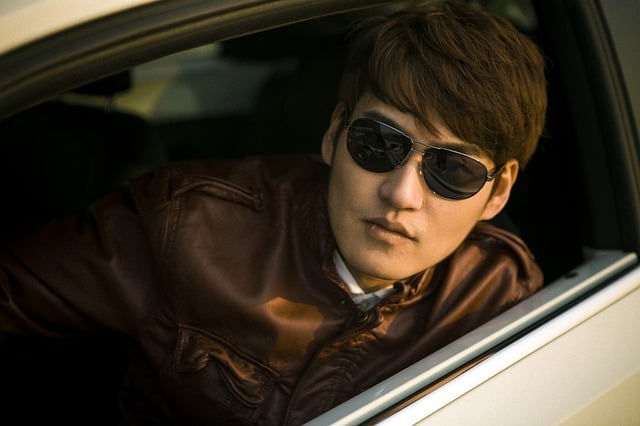 Many families compete over who will sit on the throne, which is made of swords.

Many families compete over who will sit on the throne that is made of swords.

On the ACT, you really only need to remember that "which" is always paired with a comma and "that" never is. You generally won't be asked to choose between "which" and "that" unless one of them is incorrectly punctuated.

Where, When, and Preposition + Which

"Where" is probably the most commonly misused relative pronoun. It can only be used to refer to a place. The following examples may sound fine, but they're incorrect.

Did you get to the chapter where Erin kills the dragon yet?

The book takes place in the Middle Ages, where knights were common.

To talk about things that happen in media like books and movies, you must use "in which." For time periods, you can use "in which" or "when."

Did you get to the chapter in which Erin kills the dragon yet?

The book takes place in the Middle Ages, when knights were common.

Although "in which" can be interchangeable with "where" and "when" in certain situations, you won't be asked to choose between them.

You may also see other prepositions paired with "which," e.g. "for which" or "into which." In these cases, make sure that the preposition makes sense:

Incorrect: The castle has massive spires, into which the dragon takes off.

Correct: The castle has massive spires, from which the dragon takes off.

Let's look at an ACT example dealing with some of the relative pronouns we've just discussed:

We're choosing between relative pronouns, so our first step should be to determine what the pronoun is referring to. Here it's the "claim." That's not a place, so we can immediately rule out B, "where." There's no comma, so C, "which," can't be correct either.

That leaves A, "that," and D, "in which," both of which seem like they might be correct. But in this case, "that" is the correct word. The claim consists entirely of the idea that the clothing created a negative learning environment; this idea isn't "in" the claim, it is the claim. A is the answer. 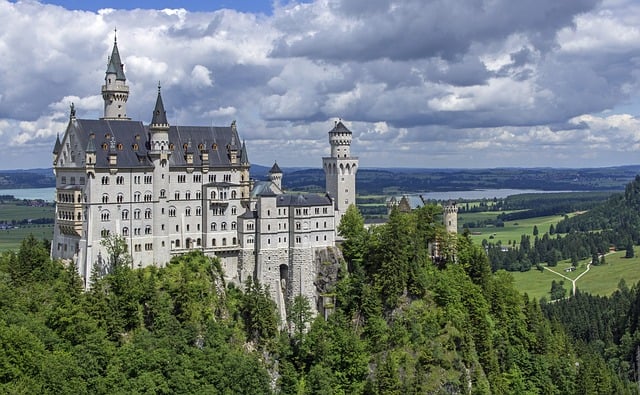 The castle where the dragon lives.

We've covered the basic rules and common mistakes for relative pronouns on the ACT English section. I've rounded up all of the most important concepts and strategies below so you can review them now or later!

I've created some practice questions for you to practice your new skills. Post any questions in the comments!

1. This trip is the first time Ifemelu has returned to Nigeria, when she emigrated to the United States in 1990.

2. The train was full of commuters when it crashed, many of who were injured.

H. many of them

J. many of whom

3. I was on my way to school when I saw the jugglers, who were wearing wacky yellow suits, marching by.

4. I enjoyed hiking through the meadows of the Rocky Mountains, they were filled with wildflowers.

Check out our guides to the other common types of pronoun errors: pronoun agreement and pronoun case.

Review what the ACT English actually covers and explore our posts on frequently tested concepts like subject-verb agreement and comma usage.

Looking to build a study plan? Read our complete plan to studying for the ACT, , and take a practice test (or five!).