What Is Statistical Significance? How Is It Calculated?

If you've ever read a wild headline like, "Study Shows Chewing Rocks Prevents Cancer," you've probably wondered how that could be possible. If you look closer at this type of article you may find that the sample size for the study was a mere handful of people. If one person in a group of five chewed rocks and didn't get cancer, does that mean chewing rocks prevented cancer?

Definitely not. The study for such a conclusion doesn't have statistical significance—though the study was performed, its conclusions don't really mean anything because the sample size was small.

So what is statistical significance, and how do you calculate it? In this article, we'll cover what it is, when it's used, and go step-by-step through the process of determining if an experiment is statistically significant on your own.

What Is Statistical Significance?

As I mentioned above, the fake study about chewing rocks isn't statistically significant. What that means is that the conclusion reached in it isn't valid, because there's not enough evidence that what happened was not random chance.

There are three major ways of determining statistical significance:

This info probably doesn't make a whole lot of sense if you're not already acquainted with the terms involved in calculating statistical significance, so let's take a look at what it means in practice.

Say, for example, that we want to determine the average typing speed of 12-year-olds in America. We'll confirm our results using the second method, our confidence interval, as it's the simplest to explain quickly.

First, we'll need to set our p-value, which tells us the probability of our results being at least as extreme as they were in our sample data if our null hypothesis (a statement that there is no difference between tested information), such as that all 12-year-old students type at the same speed) is true. A typical p-value is 5 percent, or 0.05, which is appropriate for many situations but can be adjusted for more sensitive experiments, such as in building airplanes. For our experiment, 5 percent is fine.

If our p-value is 5 percent, our confidence level is 95 percent—it's always the inverse of your p-value. Our confidence level expresses how sure we are that, if we were to repeat our experiment with another sample, we would get the same averages—it is not a representation of the likelihood that the entire population will fall within this range.

From there, we can extrapolate that the average typing speed of 12-year-olds in America is somewhere between $45 - 5z$ words per minute and $45 + 5z$ words per minute. That's our confidence interval—a range of numbers we can be confident contain our true value, in this case the real average of the typing speed of 12-year-old Americans. Our z-score, ‘z,' is determined by our confidence value.

A wider confidence interval, say with a standard deviation of 15 words per minute, would give us more confidence that the true average of the entire population would fall in that range ($45± \bo{15}(1.96)$), but would be less accurate.

More importantly for our purposes, if your confidence interval doesn't include the null hypothesis, your result is statistically significant. Since our results demonstrate that not all 12-year-olds type the same speed, our results are significant.

One reason you might set your confidence rating lower is if you are concerned about sampling errors. A sampling error, which is a common cause for skewed data, is what happens when your study is based on flawed data.

For example, if you polled a group of people at McDonald's about their favorite foods, you'd probably get a good amount of people saying hamburgers. If you polled the people at a vegan restaurant, you'd be unlikely to get the same results, so if your conclusion from the first study is that most peoples' favorite food is hamburgers, you're relying on a sampling error.

It's important to remember that statistical significance is not necessarily a guarantee that something is objectively true. Statistical significance can be strong or weak, and researchers can factor in bias or variances to figure out how valid the conclusion is. Any rigorous study will have numerous phases of testing—one person chewing rocks and not getting cancer is not a rigorous study.

Essentially, statistical significance tells you that your hypothesis has basis and is worth studying further. For example, say you have a suspicion that a quarter might be weighted unevenly. If you flip it 100 times and get 75 heads and 25 tails, that might suggest that the coin is rigged. That result, which deviates from expectations by over 5 percent, is statistically significant.

Because each coin flip has a 50/50 chance of being heads or tails, these results would tell you to look deeper into it, not that your coin is definitely rigged to flip heads over tails. The results are statistically significant in that there is a clear tendency to flip heads over tails, but that itself is not an indication that the coin is flawed. 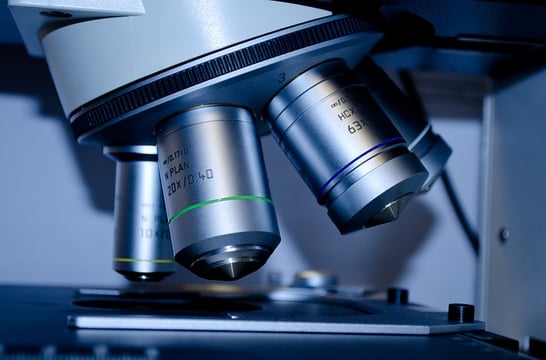 What Is Statistical Significance Used For?

Statistical significance is also frequently used in business to determine whether one thing is more effective than another. This is called A/B testing—two variants, one A and one B, are tested to see which is more successful.

How to Calculate Statistical Significance

However, learning how to calculate statistical significance by hand is a great way to ensure you really understand how each piece works. Let's go through the process step by step!

For example, let's say we're testing the effectiveness of a fertilizer by taking half of a group of 20 plants and treating half of them with fertilizer. Our null hypothesis will be something like, "This fertilizer will have no effect on the plant's growth."

An alpha of 0.05, or 5 percent, is standard, but if you're running a particularly sensitive experiment, such as testing a medicine or building an airplane, 0.01 may be more appropriate. For our fertilizer experiment, a 0.05 alpha is fine.

Step 4: One- or Two-Tailed Test

A two-tailed test is also appropriate if you're not sure which direction the results will go, just that you think there will be an effect. For example, if you wanted to test whether or not adding salt to boiling water while making pasta made a difference to taste, but weren't sure if it would have a positive or negative effect, you'd probably want to go with a two-tailed test.

Next, determine your sample size. To do so, you'll conduct a power analysis, which gives you the probability of seeing your hypothesis demonstrated given a particular sample size.

Many experiments are run with a typical power, or β, of 80 percent. Because these calculations are complex, it's not recommended to try to calculate them by hand—instead, most people will use a calculator like this one to figure out their sample size.

Conducting a power analysis lets you know how big of a sample size you'll need to determine statistical significance. If you only test on a handful of samples, you may end up with a result that's inaccurate—it may give you a false positive or a false negative. Doing an accurate power analysis helps ensure that your results are legitimate.