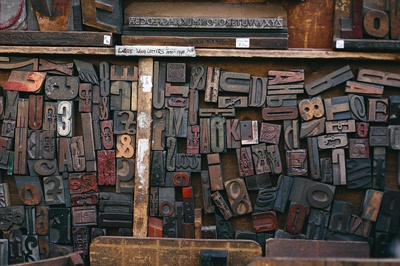 Familiar with the characters of The Great Gatsby, but need to analyze one or more of them for an essay or class assignment? This article has got your back! In it, we'll discuss what the point of analyzing a book character is. We'll also talk about the dos and donts of writing a character analysis, essay, explaining how to go from an argument to finding evidence. Finally, we'll give you an example of how to develop an essay of this type by constructing one around the old money characters (Tom, Daisy, and Jordan).

You'll also find links to our in-depth articles on each of The Great Gatsby's main characters, explaining their role and significance in the novel, key quotes for each, and some ideas for essay topics, really helping you pull together your thoughts about these characters!

Why Write a The Great Gatsby Character Analysis Essay?

By assigning a character analysis, your teacher is giving you the chance to practice many different writing and analysis skills, including:

The Great Gatsby is the perfect book for character analysis since it features seven major characters that interact in interesting ways across gender and class lines. Since this novel has so many beautiful and fascinating bits of character description, it will also get you to practice using evidence from the text in an argument.

Here are some tips for constructing an excellent The Great Gatsby character analysis essay.

Create an Argument, Not Just a Topic

There is a big difference between an essay topic and an essay argument.

Most of the time, your teacher will give you an essay topic - in other words, what your essay should be about generally. Normally a topic will involve connecting the character to one of the novel’s larger themes, especially money and materialism, the American Dream, love and desire, or the relationship between upper and lower classes in society. If you design your own topic, you could explain how your chosen character illuminates one of the novel's symbols or motifs.

For our example, let's take the common prompt, “Write an essay about how either Tom, Daisy, or Jordan represents old money.” This essay assignment has the topic built in: it wants you to take one of those characters and explain how their individual qualities tie them to the bigger abstract idea of the old money class.

But you still have to come up with the argument yourself. An argument is exactly what it sounds like - it's a point that you're trying to make by using reasons and evidence. There's an easy test for figuring out whether you're working with an argument. Could someone argue the opposite of what you're saying? Then yes, that's an argument. Otherwise, it's just a statement of fact. Plus, an essay anchored by a surprising assertion will immediately seem more interesting - how on earth are you going to prove this, your reader will be wondering.

In our example essay, let's say that we've decided to analyze Tom. It's tempting to use something like this as the "argument":

Tom's wealth and privilege show that he is part of the old money class.

But could anyone argue the opposite? Not at all - because this is a factual description, not a contentious statement.

Instead, an argument should make some kind of provocative, challengeable point:

Tom Buchanan is an example of Nick’s scathing depiction of the old money class as fearful and insecure despite enormous privilege.

Now, that someone could argue with! After all, Tom doesn't at first glance seem like someone who is fearful or insecure. 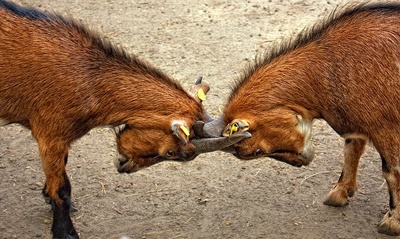 Feeling like one of these goats means you're doing the argument right.

Outline How You Will Prove Your Argument

It can be helpful to create a simple outline before hand to guide how you’ll go about your essay. This will keep your essay clearly organized, and make writing easier.

In our example essay, an outline could look like:

Argument: Tom Buchanan is an example of Nick’s scathing depiction of the old money class as fearful and insecure despite enormous privilege.

Paragraph 1: The trappings of Tom’s life show his privilege and his insecurity. Evidence:

Paragraph 2: Tom actions constantly hint at his insecurity about his status. Evidence:

Paragraph 3: Tom's constant policing of other people's behavior shows how much he wants to reinforce class divisions in the face of them eroding. Evidence:

Paragraph 4: Tom decisions around Myrtle's murder show that he is more cowardly than his intimidating physical presence leads us to believe. Evidence:

Conclusion: Tom's privilege only heightens his sense of himself as a victim whose status is in danger of being usurped. Tom is a scathing portrait of old money royalty.

Use and Analyze Evidence to Support Your Argument

Bold arguments depend on a solid use of evidence to back them up. That means you can't just throw a quote into your writing and move on! Instead, use this rule of thumb: for each line of quoted text you insert, make sure you have 2-4 lines of your own explaining and interpreting the meaning of the quote as it relates to your argument.

To back up our example argument, we would now scour the book to find evidence of Tom being insecure or fearful. Once we've got something, though, it can't just be thrown into the essay willy nilly like this:

Nick says that Tom was "one of those men who reach such an acute limited excellence at twenty-one that everything afterward savors of anti-climax" (1.16).

Instead, we have to connect this description to the larger argument, using close reading to really get at the meaning of the words Nick is choosing:

Nick is pointing out that Tom's athletic achievements happened too long ago to keep feeding Tom's ego, Instead, because nothing has ever lived up to his football glory days, Tom is spending his time trying to avoid the depressing feeling of "anti-climax."

Use Evidence to Address Counterarguments

Because you've created an actually disputable argument, you can take the time to swat away the opposite position.

In the example essay we've been constructing, we're arguing that Tom Buchanan represents Fitzgerald’s critique of old money and is essentially an antagonist. We should address the idea that Tom is the novel's sharpest observer of people. (After all, unlike Nick, Tom immediately pegs Gatsby as a bootlegger.) This seemingly positive quality could be spun to be yet another example of Tom's insecurity - he is very quick to leap to judgment rather than giving people the benefit of the doubt.

Now that we've covered what you should do in a Gatsby character analysis essay, let's go over some mistakes you should avoid.

Don’t just say what the character is like, list descriptions from the book, or summarize what the character did without adding any analysis. For example, don’t just say “Gatsby is flamboyant, throws big parties, and even wears a pink suit sometimes. He does all of this to try and win back Daisy, the love of his life.” All that does is summarize something that is obvious from the book.

Instead, tie those observations to a larger idea. For example, “the extravagance of Jay’s parties and dress marks him as a member of the newly rich, allowing Fitzgerald to satirize the newly rich in America as he also critiques the cruelty of old money” or “Jay’s obsessive pursuit of Daisy reveals an unrealistic obsession with reliving the past.”

Don’t Make All or Nothing Claims About a Character

The beauty of this novel is that the statements “Daisy is a horrible person” or “Daisy is a misunderstood martyr” are both wrong.

Instead, try and find the nuances, the good and the bad points of each character, and make them work for your bigger argument. For example, if you’re writing an essay about how Daisy represents the limited options available to women in the 1920s, you would likely be more sympathetic to some of her behavior, but you still shouldn’t excuse her hit-and-run!

Even for a short novel, Gatsby is jam-packed with meaningful dialogue, imagery, and plot events, and you couldn’t possibly analyze every single key moment for each character in one essay! (You could – and people have – write whole books on the subject!) Instead, focus on finding a few moments and analyzing them in detail, then tying them to your main point. Remember that the quality of analysis is worth more than the quantity of evidence!

Each of our character pages has a detailed section with analysis of each character.

You can also get some helpful background information, a summary of the character’s actions in the book, and important quotes by and about them:

The Bottom Line on The Great Gatsby Character Analysis

Want to get advice about comparing and contrasting characters? Head on over to our Compare/Contrast post to learn how to best write about common character pairings.

Need a little more background on novel’s plot? Check out our Great Gatsby summary, or look at a timeline of all of the events in chronological order.

Interested in getting help analyzing important symbols and motifs? Get an introduction to symbols in The Great Gatsby and an overview of the novel's motifs to get started.